Have you seen a crane?

Our cranes fly far and wide across the West Country and beyond. Knowing where they go helps us to look after them. This is particularly important during spring, when the young birds get restless and go off exploring in search of territories to build a nest.

However, any information is welcome and people are urged not to risk disturbing the birds by getting too close.

If you’re not sure whether what you’ve seen is a crane, here is our simple guide. 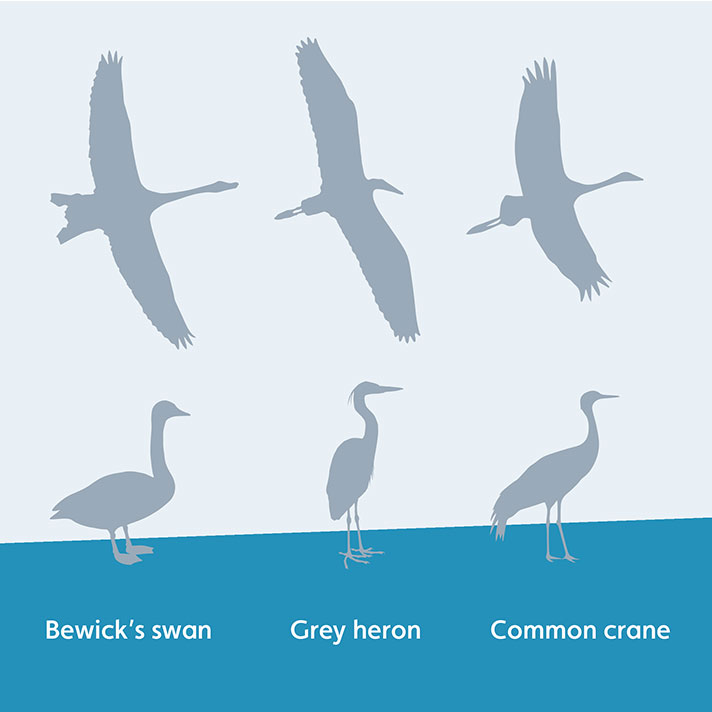 *Image not to scale

Cranes stand over a metre tall and have a very large wingspan. However, they could be confused with herons, or swans and geese in flight. To tell the difference: