Due to the latest government coronavirus lockdown restrictions, WWT Caerlaverock is closed until further notice. See here for more information.

Caerlaverock is an important overwintering site for ducks. Many ducks such as wigeon and teal arrive in the autumn to spend the winter with us before heading back to their breeding grounds in Iceland, Scandinavia and Russia. They can be striking in the sunlight, showing iridescent colouring amongst their feathers - although when they first arrive back to us in the winter many still have their eclipse plumage.

Eclipse plumage is used through the summer as camouflage, with the males taking on a drabber plumage akin to the females. When ducks moult in the summer they lose all their flight feathers at once, meaning they are unable to fly for about 4 weeks, leaving them more vulnerable to predators.

Shovelers favour the Folly Pond where they can be seen going around in circles! This is actually creating a vortex in the water, bringing up their food of crustaceans and plankton to the surface, where they can then sieve them through special lamellae in their bills. 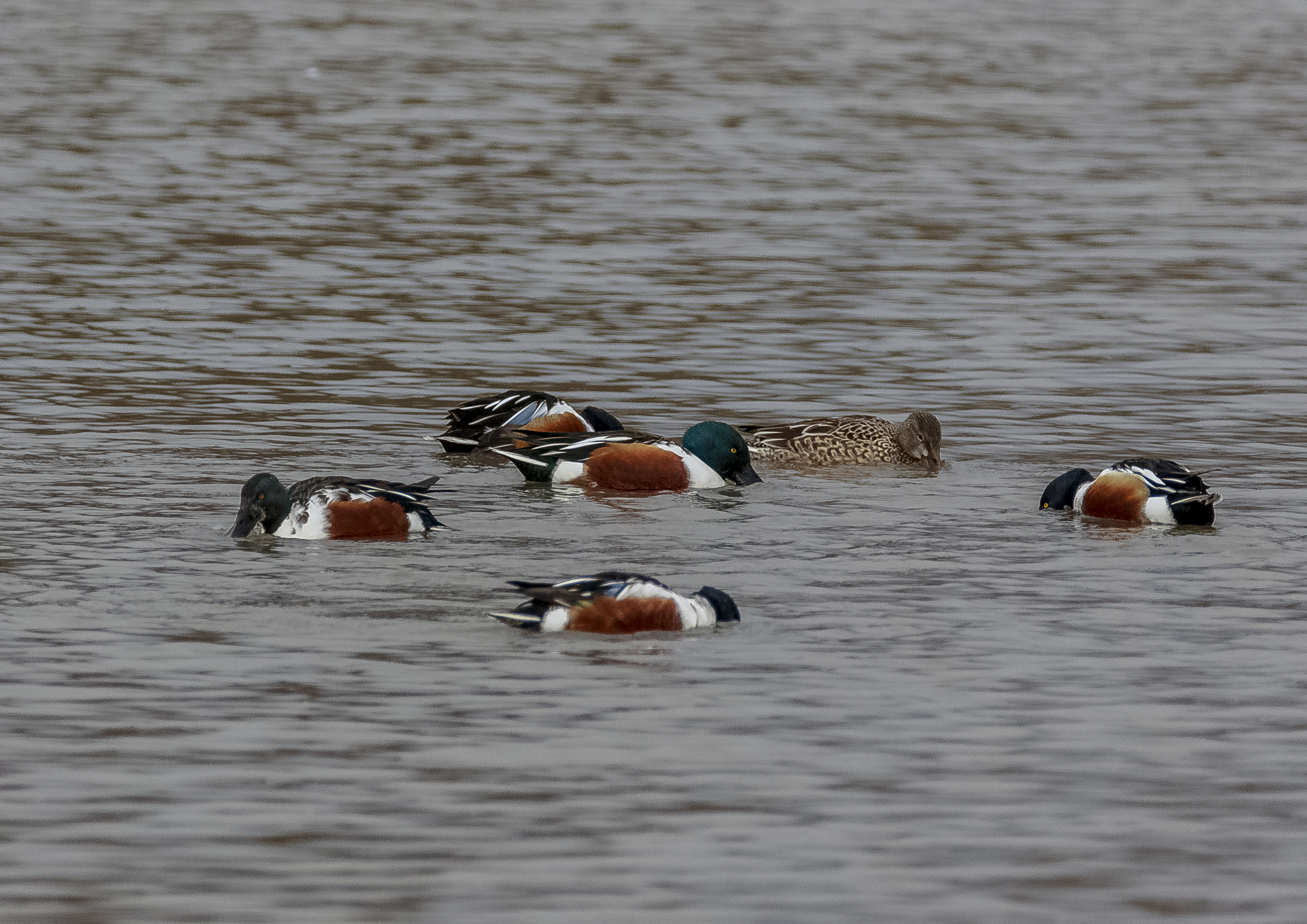 Teal are our smallest ducks in fact they are the smallest in Europe (as hatchlings they weigh just 15g). They like to feed at the fringes of the ponds where there is plenty of cover from predators such as peregrines. If they are disturbed they will take off vertically and can reach speeds of 50mph. They are often mistaken for flocks of waders when they are swirling around in the air. 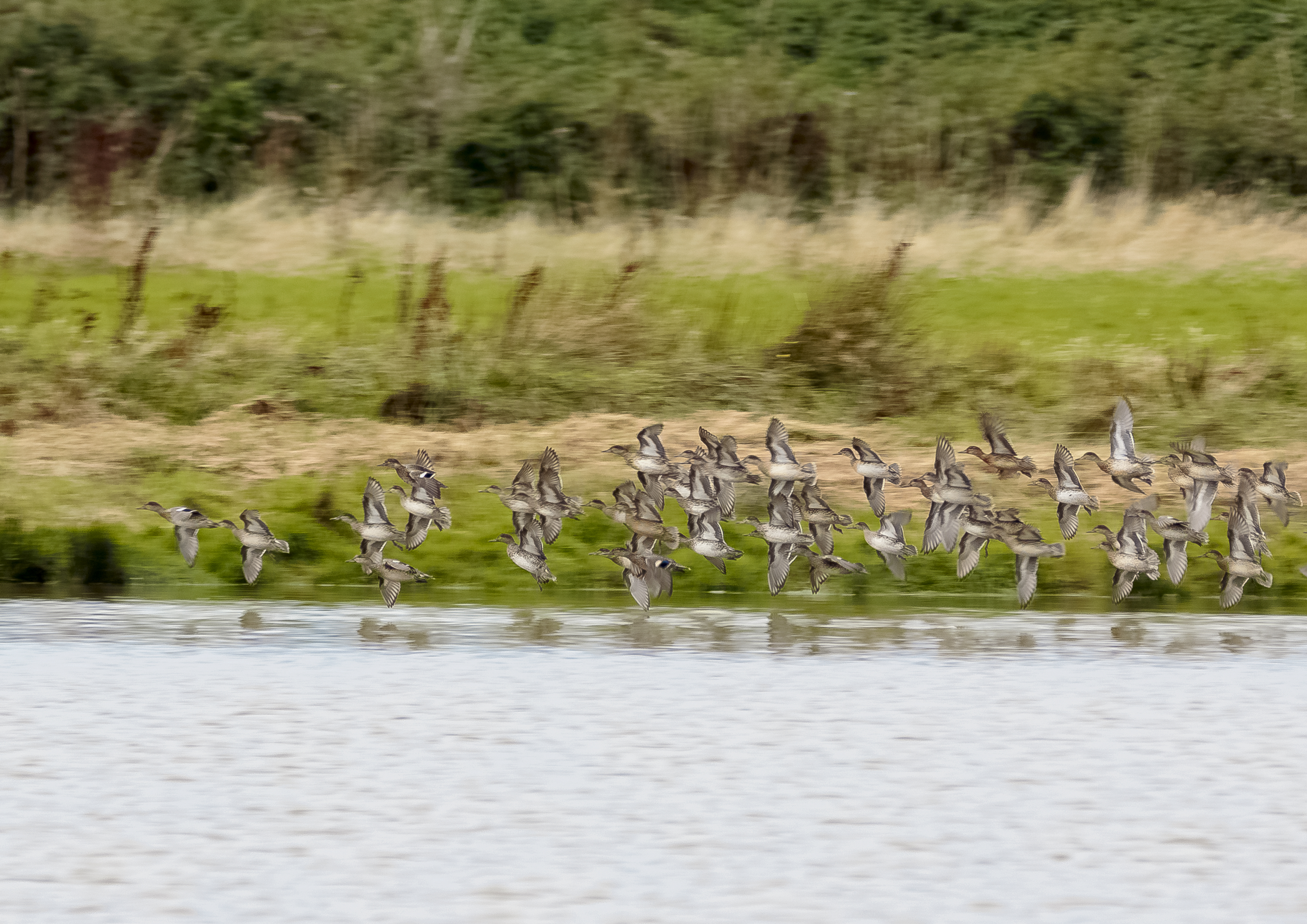 Wigeon can often be seen feeding in our fields. The flock can be seen gradually making their way across the field grazing all the way - in fact 80% of their diet is made up of grass. Wigeon are also responsible for one of the classic sounds at Caerlaverock, with their ‘wheeooo’ sound being heard around the reserve. 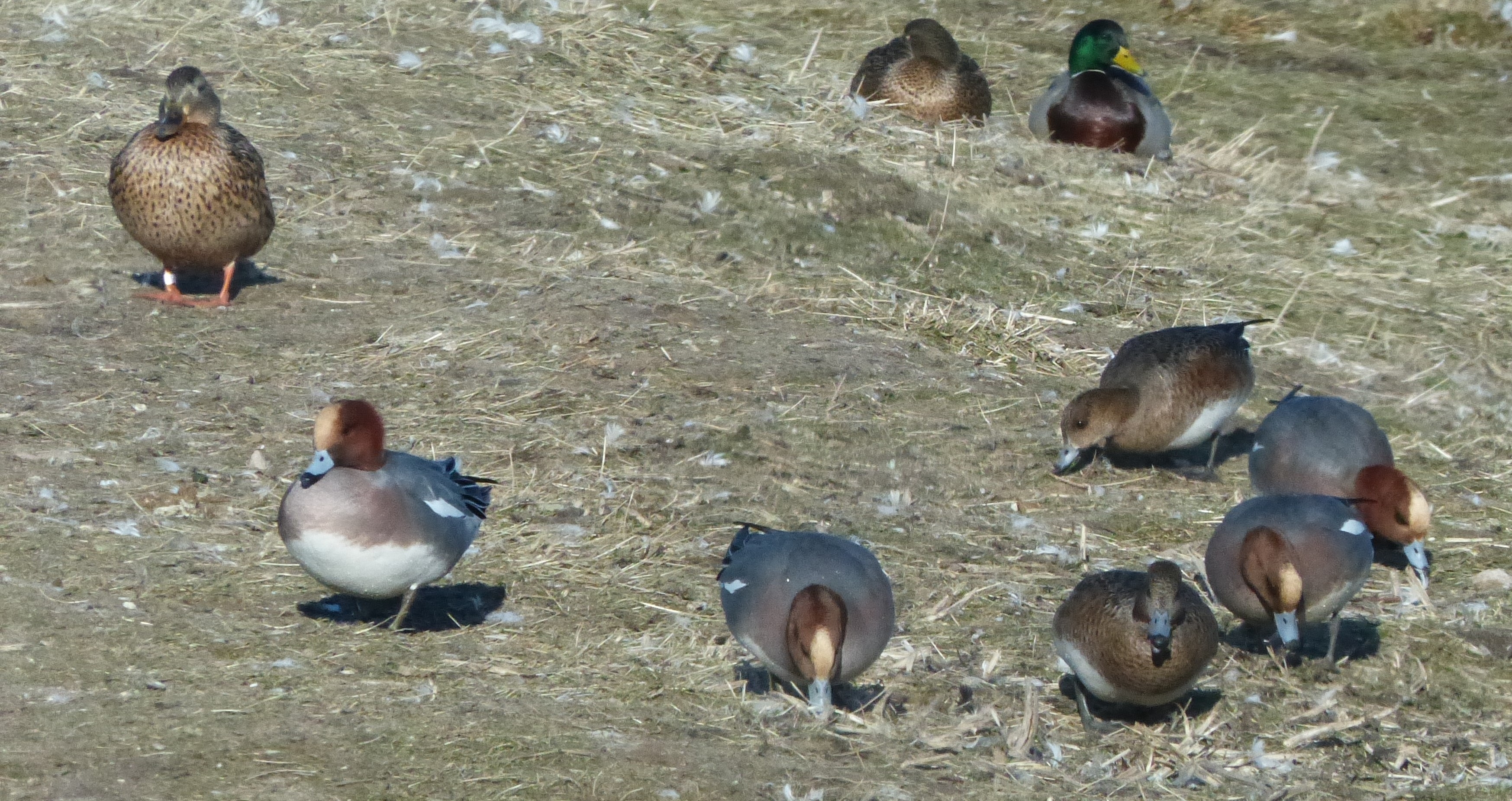 Tufted ducks are the only diving ducks regularly seen at Caerlaverock and they are generally seen on the Whooper Pond, our deepest pond. They dive to catch crustaceans, molluscs and insect larvae and can stay underwater for 20-25 seconds. 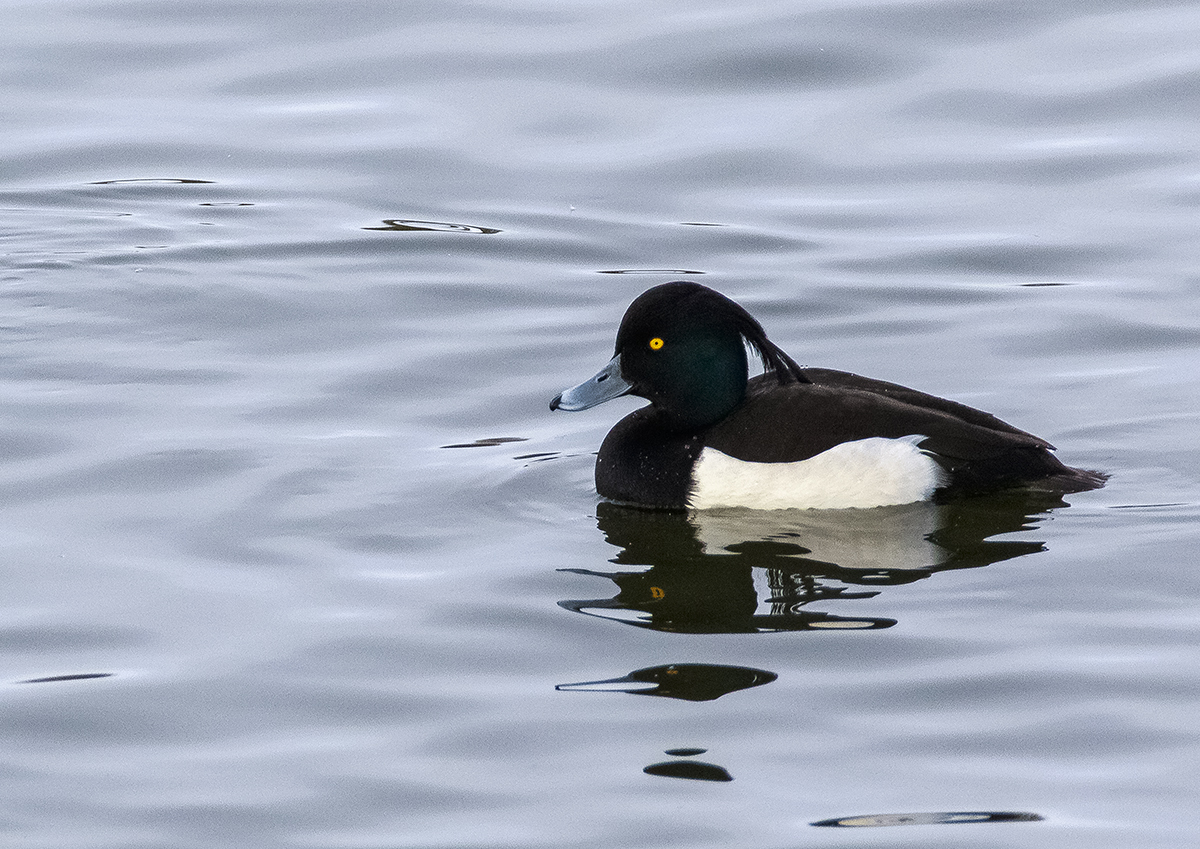 The Pintail would probably be classed as our most elegant drake, with his striking white stripe up his neck. He can easily be identified when ‘up-ending’ by his long tail. We generally only get a few pairs on the freshwater areas of the reserve but out from the Saltcot Tower you have a greater chance of spotting them, with sightings in their thousands. The top count is 11,000, stretching around the coast from the Lochar estuary all the way to the Nith estuary. 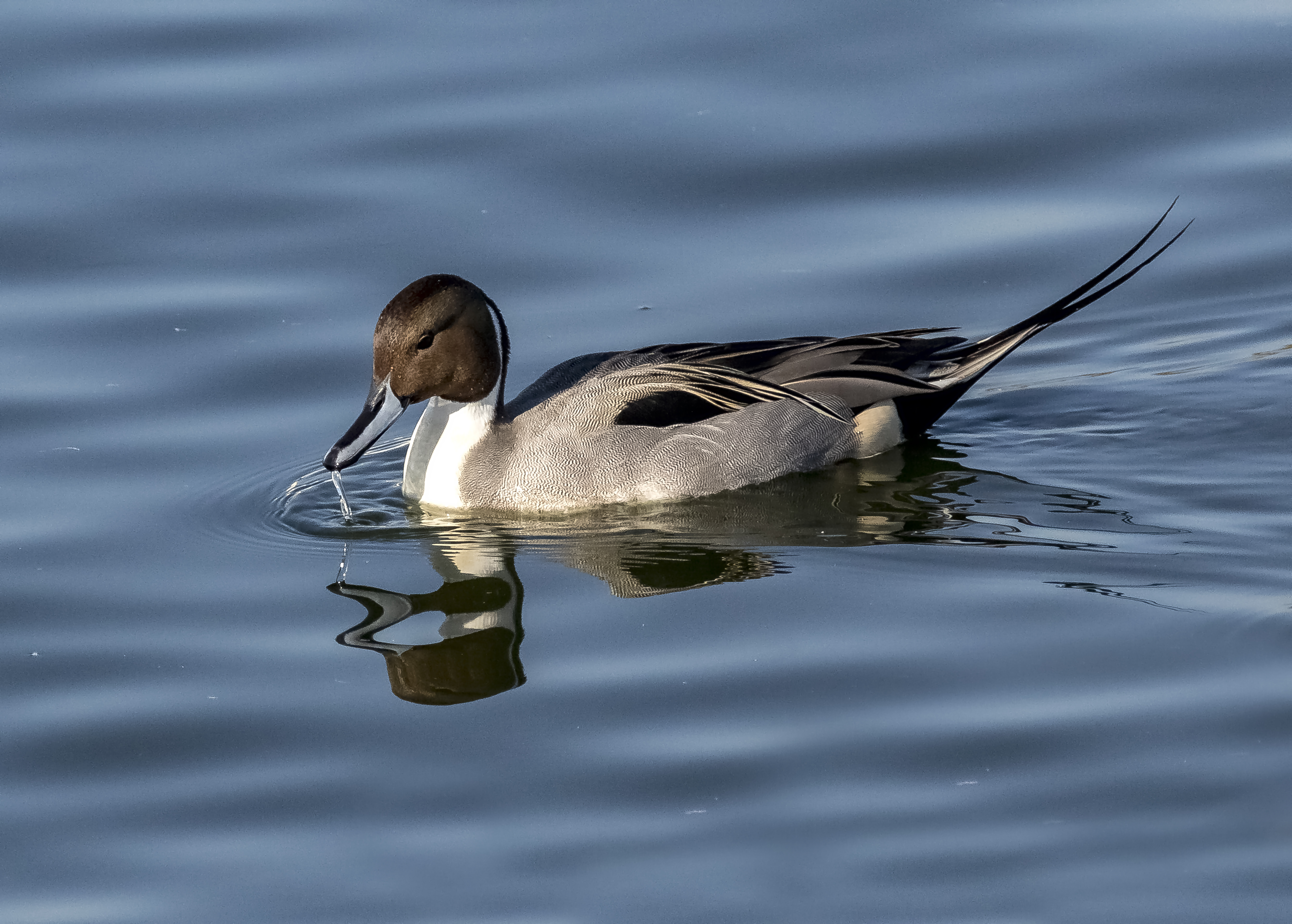 Gadwall are often thought of as the ‘dull’ duck but take a closer look at the startling white speculum (the colourful patch on the wings of ducks) and the mesmerising vermiculated pattern of its feathers! Although Gadwalls are scarce breeders in the UK, we have had them using our Back Pond on which to breed. 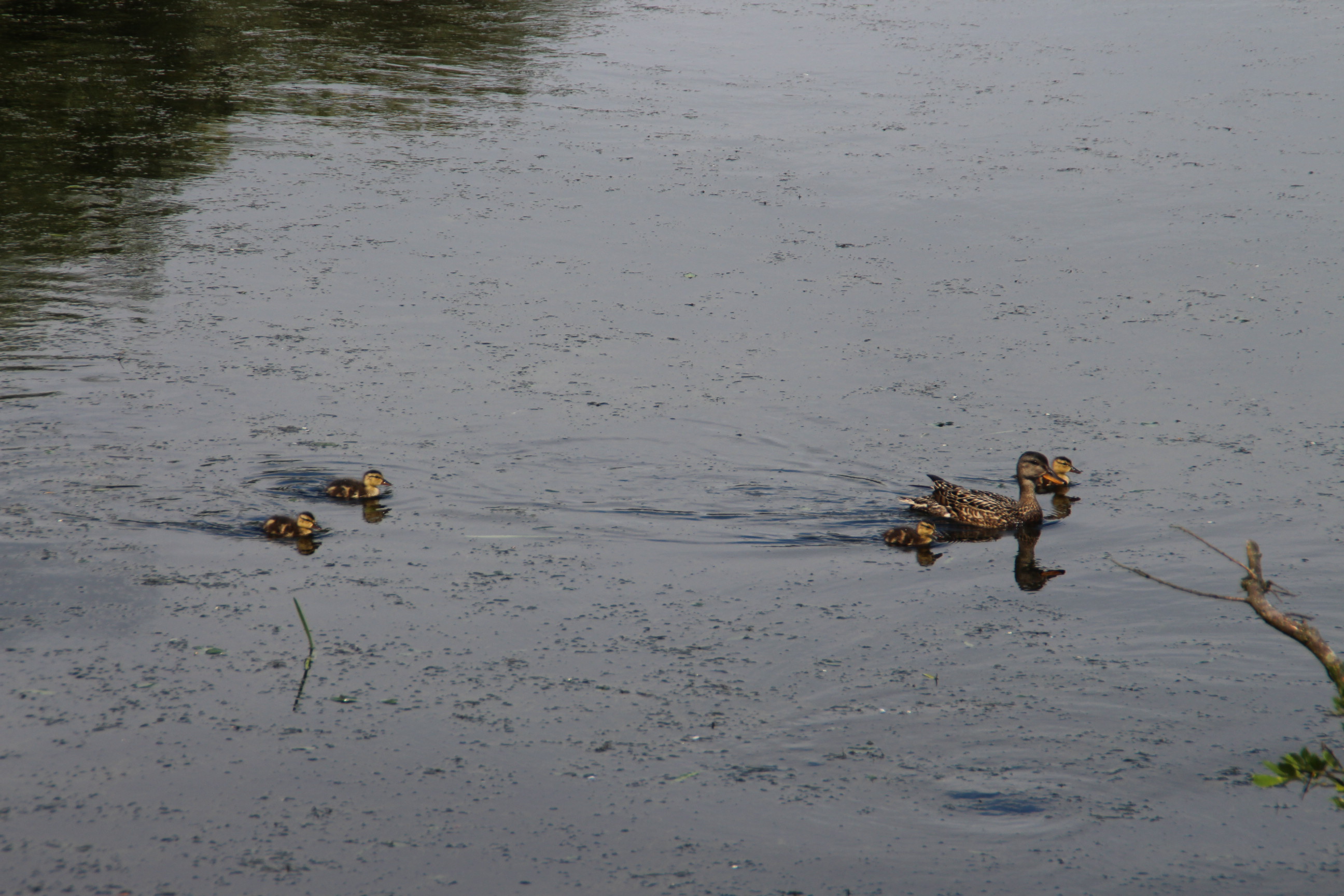 Mallards are one of the most adaptable duck species found on all our wetland habitats. They are also the largest duck species in the world. Some of our mallards will stay with us all year and breed on the reserve. The female's clutch of 8-10 eggs can equate to more than half her body weight. Females are the only ones which ’quack’. 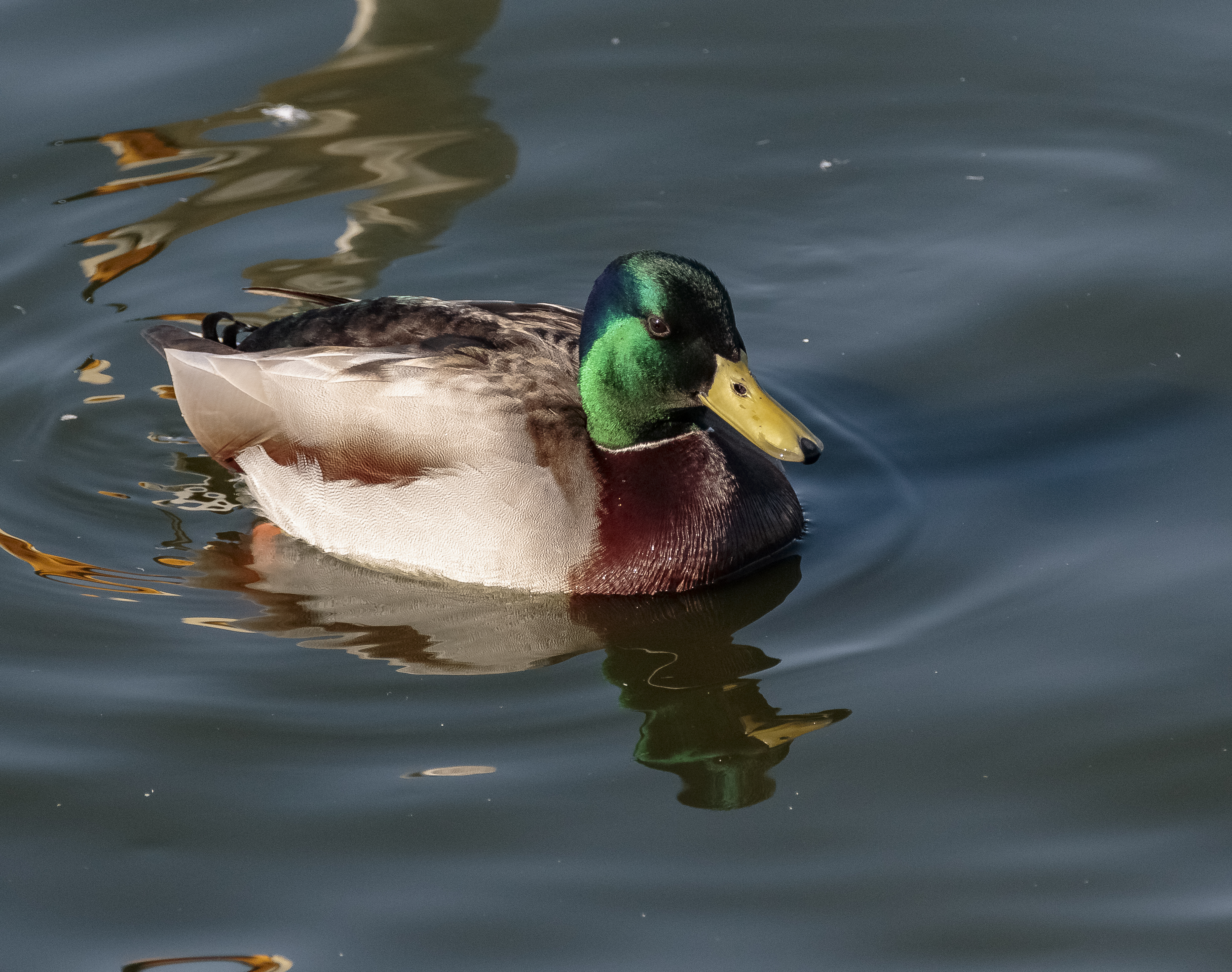 Pochard were historically seen regularly on the reserve but with warmer winters on the continent, predation by mink, and nutrient run-off from farms, the UK population has heavily declined. Now they are only seen occasionally on the reserve.