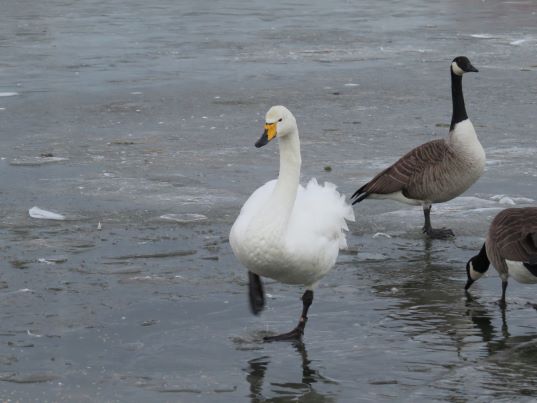 For the next few years Methuselah did not return with a mate - until 2011 - when he returned with Yellow Z9T who was later named 'Suzanne'. Since then, they have returned annually for 9 years. In 2017, 3 of their cygnets were ringed; Yellow ZVB 'Eilidh', Orange XLX 'Linda Graham' and Yellow ZVF. 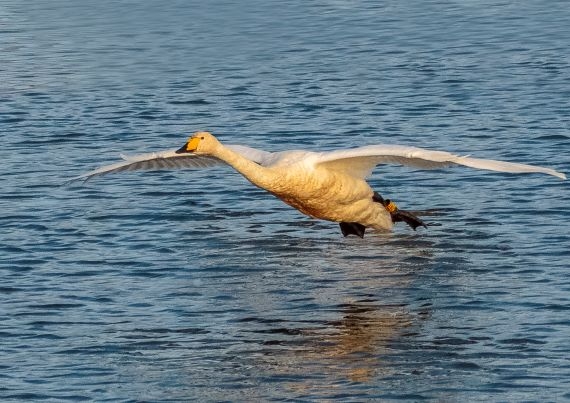 Methuselah’s parents were Yellow AYU 'Jay' and Yellow 7FF 'Letitia'. Jay was ringed in 1989 and Letitia was ringed in 1982. Together they came back for 12 years. They spent time around Dumfries and were also both seen at Druridge Bay in Northumberland in November 1992. Only two of the many cygnets they brought back were ringed; Methuselah (Yellow U54) and Yellow 7FX. 7FX did a tour of our wetland centres, being sighted at Martin Mere, Welney and Caerlaverock but he was last seen in 2000.

Originally ringed Yellow NT6 as an adult in 2003, T.J.Whooper has returned every year since. Subsequently ringed Orange ZLJ he returned with Red BGU from 2004-2011, although no cygnets were recorded. 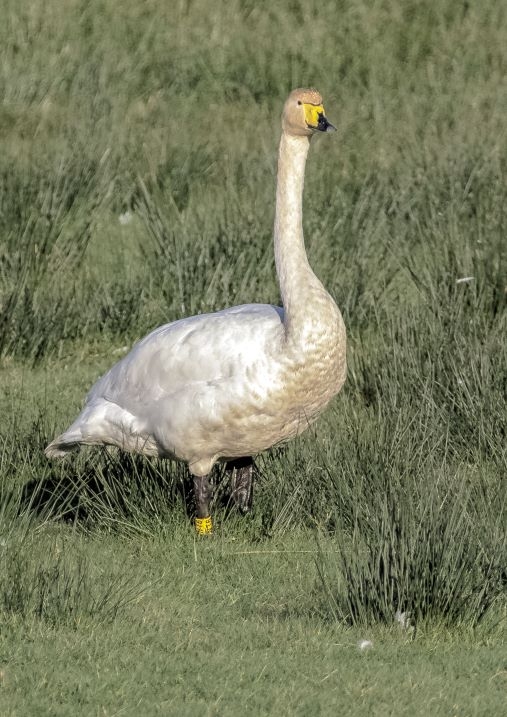 From 2013 until the present, he has returned with Yellow ZHL who is named 'Whoopie'. 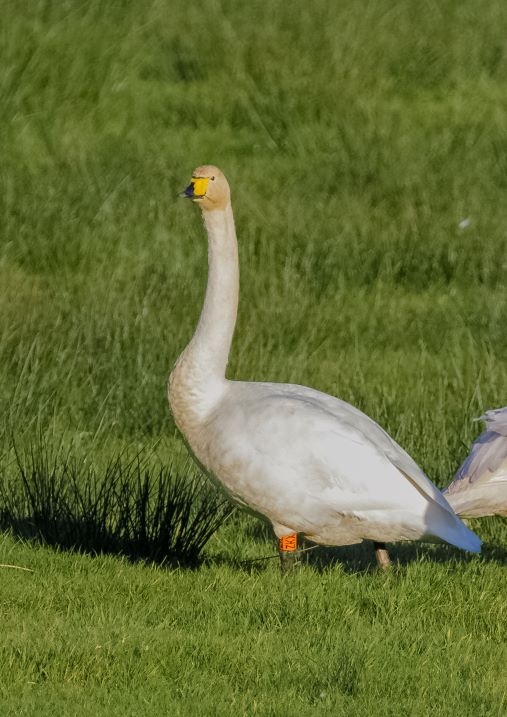 Eric Anthony was ringed Orange YFB in February 2014 and the following year arrived with Elsie Barbara (Red APR). For the last 6 years they have arrived together and have brought cygnets back regularly.Elsie Barbara was spotted Alftaver, South Iceland on 5th October 2015 just before she migrated, as she was first seen at Caerlaverock on 20th November 2015. They were both seen in the same place in Iceland in August 2018, so it could be a favoured nesting area. Elsie Barbara weighs 10.2Kg compared with Eric Anthony who is 11.6Kg. These are average weights for adult male and female swans. 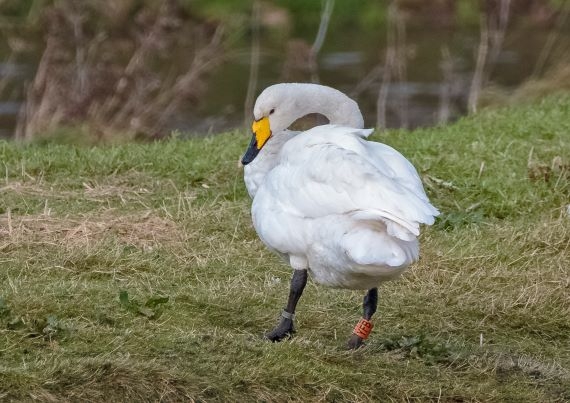 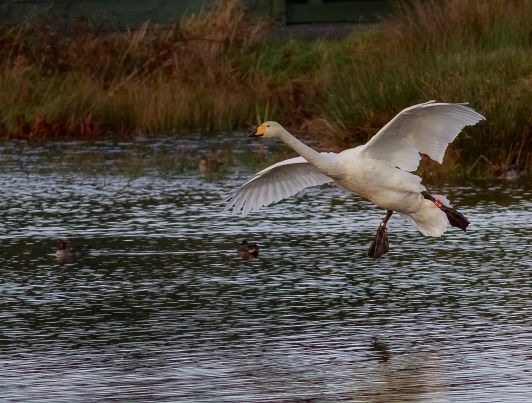 Our whooper swans are fed daily at 11am & 2pm. We are not open to the public at the present, but watch all the action on the whooper pond with our live webcam.

Take some time out to watch some slow TV with a closer view of the swan feed, from Wheelbarrow cam!