The robin is synonymous with Christmas. At WWT Caerlaverock we have a few friendly robins who appear inside hides and down the avenues to greet our visitors!

Robins appeared on Christmas cards in the 1800s. In those days the postmen wore red, a colour of the crown and a ‘royal’ colour. Post boxes were also painted red. The red uniform reminded people of the robin and postmen gained the nickname 'Robins'. People looked forward to seeing the postman and receiving their Christmas cards, and one artist drew a robin with letters in its beak. This idea caught on and robins have been seen on Christmas cards ever since. There are also various religious tales related to the robin, including the robin that brought twigs to the fire when Mary gave birth to Jesus. An ember fell on its breast making it glow red and Mary declared that all robins would now have a red breast. 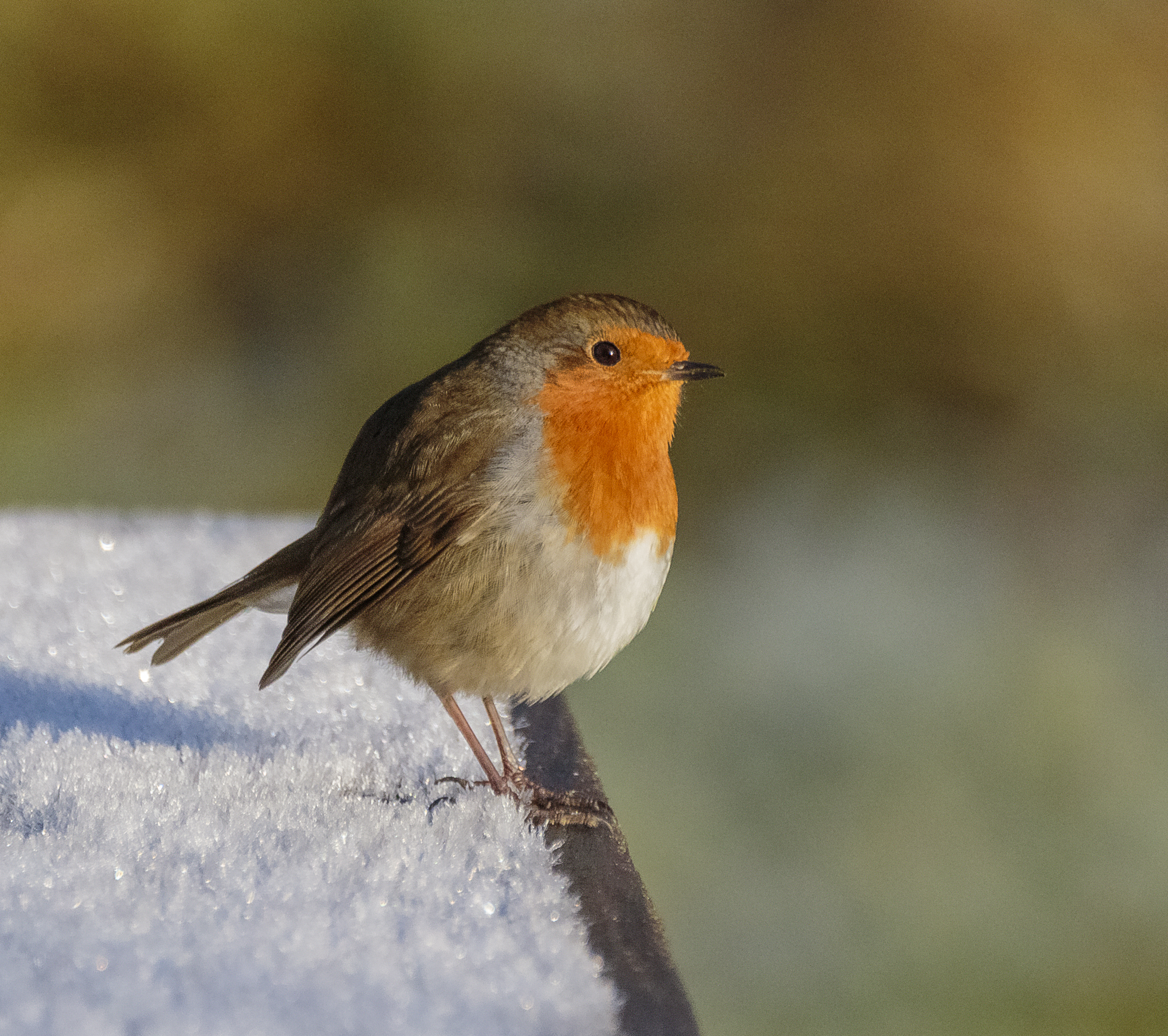 At this festive time of the year, robins are starting to pair up ready for spring! Male and female robins are identical in appearance and hold their own territories, fiercely defending them against intruding robins. In the autumn and into winter the male and around half the female robins sing. It one of the few birds heard singing in Autumn!

They are not shy of humans, often following them around in hope of food. Robins in the UK are unusually tame - in Europe they are far more shy of humans. They are often found in the wheelbarrow of grain meant for the swan feed and they follow gardeners around as they unearth tasty morsels such as beetles and earthworms. Food provided by humans in winter, fatballs in particular, are important for robins. They lay down a lot of fat in autumn, ready for the cold winter months and this means they can survive periods without any food, in a way other insectivorous birds can not. In winter many female robins migrate south for warmer weather, leaving the males on their winter territories.

Robins nest in unusual locations and have been found in hanging baskets, wellington boots, old teapots and outside umberellas!