We’re open and looking forward to welcoming you. Don’t forget to book online before visiting.

Winter is one of the best seasons to see birds at the centre, as huge numbers of birds migrate to London Wetland Centre.

Our site is particularly appealing for birds because it's managed to provide a perfect feeding spot for an abundance of different species.

Duck species including Wigeon, Teal and Shoveler form the bulk of our winter visitors (you can learn about these species at a Spotlight Talk), but the reserve also supports a number of shier, more unusual species. Read on to learn about these winter specialities:

The Bittern was common in Europe until the 19th century when loss of their reedbed habitat due to development and agriculture led to a significant decline in numbers. In the UK, bitterns are found mainly in Norfolk, Suffolk and Lancashire.

Around 80 pairs breed in the UK each year and around 700 spend the winter. At the moment we have at least 3 birds on site, with potentially a 4th hiding out in the reeds. In some winters, we've had 7 or 8 birds on site, 1% of the UK wintering population of this enigmatic heron. Normally elusive birds, here at the centre they are often spotted in full view, close to the hides.

Another wintering bird of the reedbeds, Water Rail are more often heard than seen. Although fairly common this shy species can be hard to glimpse. They look similar to moorhens but slightly lighter, smaller and slimmer. We regularly support over 10 wintering birds on the reserve, making the site a significant wintering resort for this rail species. Listen out for their strident alarm calls and their squealy pig sounds as they resonate across certain parts of the reserve.

A handsome and elegant duck species, both males and females have a small head and long necks. Males have long pointed tail feathers, from which they get their name. Can’t spot a wild bird? Pintail can also be found in our collection in World Wetlands.

Goldeneye are striking diving ducks. We've recently had two females on the reservoir lagoon, but you can also find male Goldeneye in our collection in World Wetlands. The male is black and white with a beautiful green sheen to their heads, and females are grey and brown. Both have the distinctive yellow eyes from where their name comes. 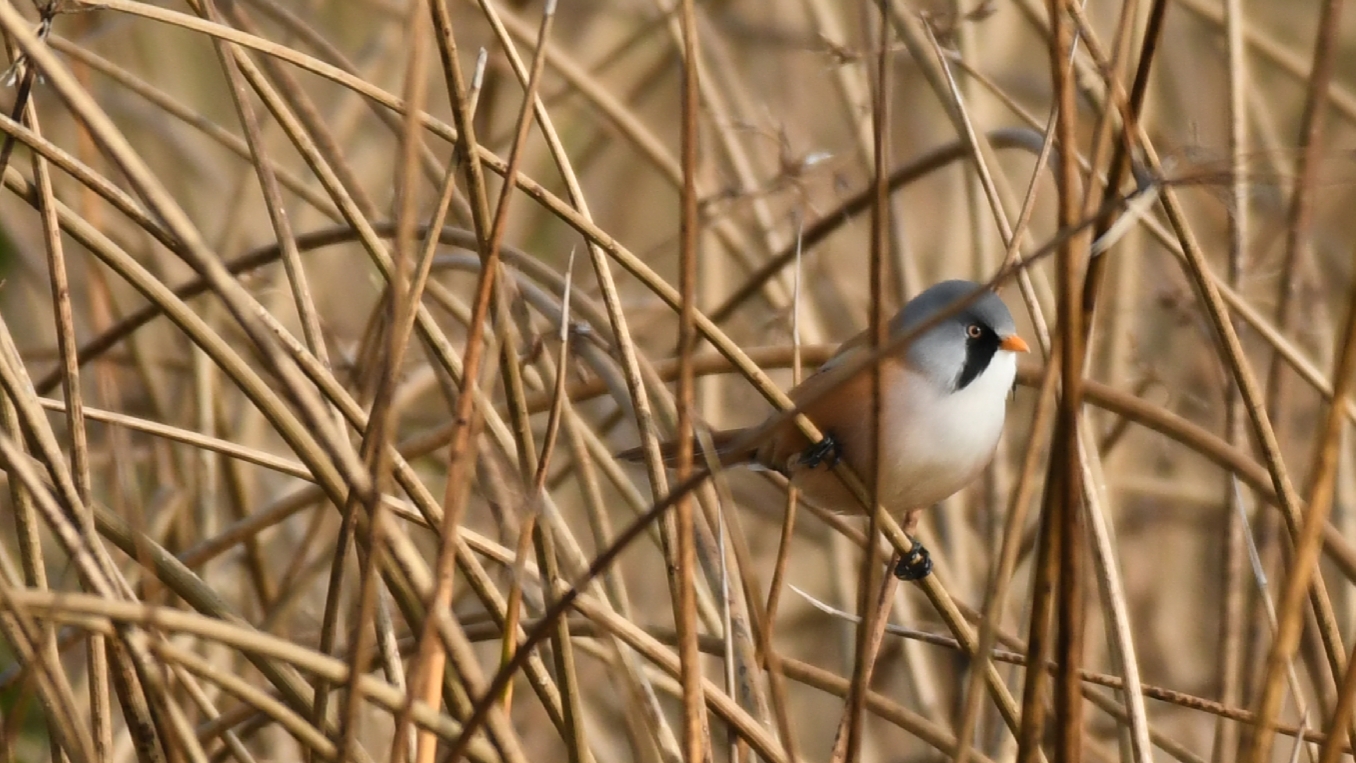 A striking and rare bird, we were lucky enough to have some spotted in the reedbeds in November. We’re hoping the recent cold weather could easily see more birds arrive on site. They are brown, long-tailed birds, usually seen flying rapidly across the top of a reedbed. Males have black 'moustaches' rather than 'beards'. They are sociable and noisy, their 'ping' calls often being the first clue to their presence.

We’ve had up to four of these lovely little birds seen on site this winter. Pipits belong to the same family as wagtails, moving in the same way, walking along the ground, bobbing their heads and wagging their tails. Our resident birds form a significant proportion of the over-wintering UK population of up to 200 birds.

Known collectively as the winter thrushes, these two birds are closely related to the Song thrush and Blackbird. They enjoy supplementing their usual diet of worms with berries at this time of year and form a striking sight in their winter flocks.

This little wader is frequently seen on site over the winter months, although finding them is still a challenge! They're brilliantly camouflaged and blend seamlessly in with the wintry landscape.That said, Snipe occasionally appear right in front of the Observatory window happily feeding, stretching and loafing.

Very similar in appearance to the common snipe, but slightly smaller with a shorter bill. We regularly support a small population on site every winter, but with 5 or more birds viewed on site some winters, our reserve is a nationally significant winter resort for this species. Like its cousin the Common Snipe, the Jack Snipe has a feathery coat of cryptic colours, making it a master of disguise.

Remember, you can keep up to date with all of the latest wildlife on the reserve on the sightings page.