Throughout the temporary closure of the centre and reserve during this lockdown we will be sharing with you updates on the conservation work which is still going on behind the scenes. During what would normally be the busiest time of year, in terms of sheer volume of birds using the reserve as well as numbers of visitors being welcomed to Welney, we will try post updates and news from the reserve. Some of the highlights of winter as monitoring work continues, as well as how the team are preparing for spring across our wetlands. 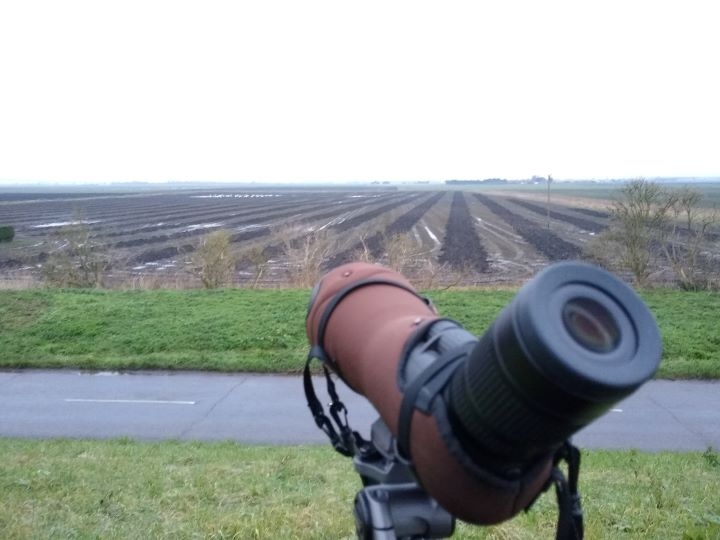 At present, water levels are dropping on the reserve after the most recent bouts of heavy rainfall in December. But this is the second winter where the Ouse Washes have experienced prolonged deep flooding across the reserve covering most, if not all of the wetland habitat. Although a good ‘flushing’ is needed every so often to prevent silt build up throughout the system, around sluices and along channels. The prolonged nature of the flooding, coupled with two seasons of flooding back to back is less ideal. This can impact the invertebrate life within the soil which can lead to lower quality of feeding available for birds later on in the year. The depth of the water also impacts what species can use the reserve throughout the winter. Deep water might be OK for diving ducks and as a roosting site for swans, but wading birds and dabbling/grazing ducks find it less suitable. When we were still open in December, large flocks of lapwing, golden plover and the black-tailed godwits had move from the Washes to using Lady Fen and Bank Farm. This is OK in the short-term, but they then start to disperse further afield to find more food as the available food here also depletes. If levels continue to drop we will be looking to get the paths cleared so that the silt doesn’t ‘bake’ onto them and will bring you updates in future weeks on how we are preparing for the eventual return of visitors. 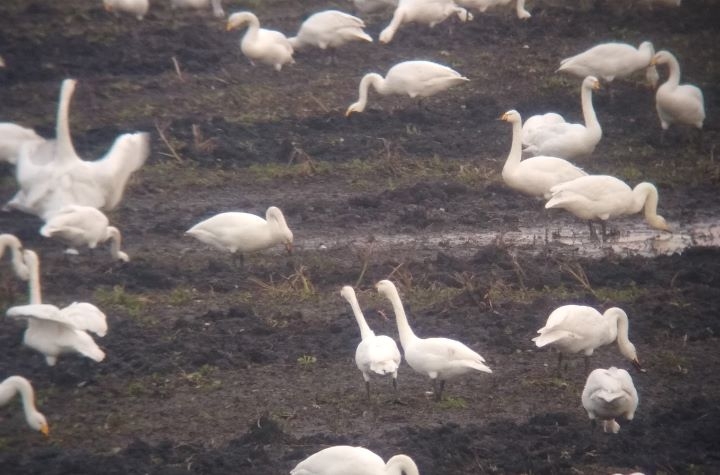 We’ve had a few nice sightings over the past few weeks including the continuing use of the reserve by cattle egret, cranes, and the winter favourites including Bewick’s and whooper swans, wigeon, pochard, lapwing, curlew, snipe, golden plover and more. Within the local area there we have also seen a flock of bean geese. This next week we have various surveys to complete across the reserve and wider area to take stock of January in terms of wintering birds. In the meantime, we have been trying to capture snippets of the swans daily behaviour flying from the Washes to feed on the fields and have at the same time been able to record a few leg ringed individuals. We have so far welcomed back ZAA – Sue Hayward, and ZAF, both Welney raised cygnets whose parents are the resident injured breeders here. As well as Welney ringed individuals from as far back as 2008 (LHI Jarno), and some birds that were ringed at Martin Mere, but that regularly winter in the Fens like PD9 and V4P. We will post some swan blog updates in the coming days and weeks.