UK’s largest new wetland to be created in Somerset 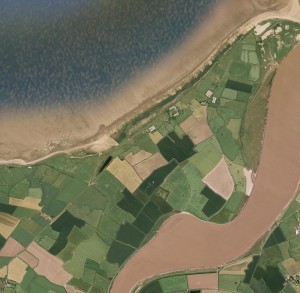 Planning permission has been granted to create one of the UK’s largest areas of new wildlife habitat on the Steart Peninsula in Somerset.

The Environment Agency and the Wildfowl & Wetlands Trust (WWT) have worked closely with the local community to develop plans for an innovative flood defence and habitat creation project.

Over the next two years 400 hectares of the Steart Peninsula will be turned into wildlife-rich habitats including saltmarsh and freshwater wetland. These internationally important habitats provide vital feeding and breeding grounds for wading birds and wildfowl as well as homes for animals such as water voles and great crested newts.

In addition to boosting wildlife, the scheme will provide better protection for Steart village against flooding from the River Parrett. Stert Drove, the only road linking Steart village with surrounding communities, will also enjoy improved protection. 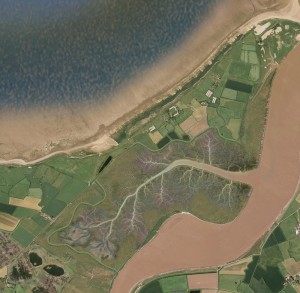 ‘This exciting project offers an excellent opportunity to improve flood protection for the people who live and work on the Steart Peninsula while at the same time create internationally important intertidal habitats that will turn this stretch of the Somerset coastline into a haven for wildlife,’ said Nick Gupta for the Environment Agency.

Between 300 – 600 hectares of wetland habitat needs to be created in the Severn Estuary over the next 20 years to compensate for the loss of existing saltmarsh and mudflats through rising sea levels and the construction of new coastal flood defences.

The Government has an obligation to meet these targets and could face legal proceedings if it fails to create enough new coastal wetlands. The habitat creation at Steart will go a long way to meeting the target for the Severn Estuary.

“Sea level rise is affecting both wildlife and local communities as it squeezes wetlands along our coast. But thanks to the Environment Agency, we have this opportunity to create a productive and useful landscape that will help us face these challenges and bring benefits for people and wildlife

“We’re developing a dynamic new approach to land management at Steart and aim to show how it can be used to create similar wetland habitats elsewhere,” said WWT Chief Executive, Martin Spray.

The Severn Estuary is internationally important for waterbirds. The project will benefit a number of species including shelduck, dunlin, redshank, avocets and wigeon. Several commercially important fish including sea bass use saltmarsh as nurseries for their young. Historically, the area has been used for arable farming. After conversion it will be used for grazing livestock and remain in productive agriculture.

The Steart Peninsula is already popular with bird watchers and dog walkers. The project will improve access for people with disabilities, horse riders, cyclists and walkers and provide panoramic viewpoints and wildlife observation hides.

Not only is it one of the largest projects of its kind, but uniquely Steart village is located right within the habitat creation area. The project team was in regular contact with the residents of Steart throughout the consultation period. Local people have been closely involved in planning the project and will continue to be consulted as the scheme progresses. 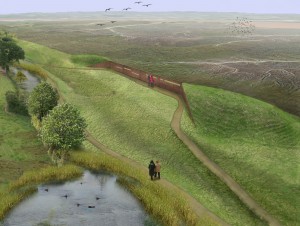 “We have been included in discussions every step of the way and although this is a habitat creation scheme, some issues are an absolute priority to us – the safety of our homes now and into the future, the access to the village and the preservation of the tranquility of the peninsula.

“The creation of this threatened habitat is to be welcomed and I look forward eagerly to seeing the results. I hope that when eventually the scheme is up and running other coastal villages facing the same challenges will be reassured by our experience,” said Dick Best from the Steart Residents Group.

Construction of the new habitats and flood defences is due to start in the summer of 2012. The site will be owned by the Environment Agency and managed by the Wildfowl and Wetlands Trust (WWT).