Castle Espie is situated on the shores of Strangford Lough near Comber, County Down, is the newest WWT visitor centre and the Trust’s first in Ireland where it is being hailed as an international exemplar of best practice in habitat restoration, sustainable design and green tourism. 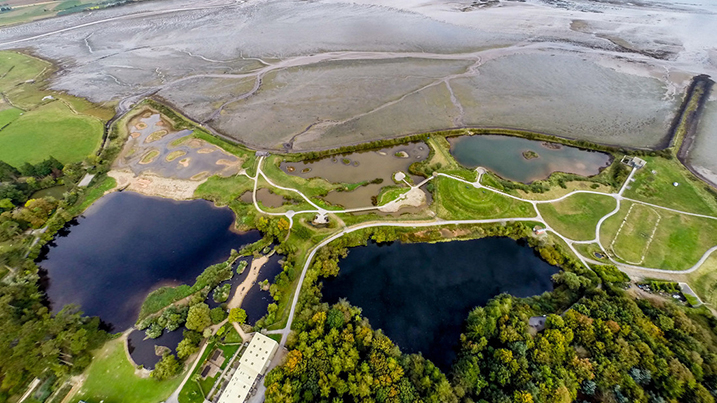 The centre’s buildings are a visitor attraction in their own right because of their history and the numerous eco-friendly features they incorporate, including reclaimed and recycled materials, a wildlife garden and energy systems fuelled by the sun and wind.

Castle Espie’s main draw, though, is its magical mix of wide estuary views, tidal lagoon, eel-grass mats, woodland walks, salt marshes and reed beds; the presence of Ireland’s largest collection of native and exotic water-birds; and the abundance of habitats for other wildlife.

A winter highlight is the arrival of many thousands of migrant birds, among them a large proportion of the world’s entire population of light-bellied brent geese.

The recent restoration of Castle Espie Wetland Centre was the most significant habitat improvement of its kind in Ireland and extended to saline lagoons, limestone grassland, salt marshes, reed beds and grassland for herbivorous wildfowl.

The area has now become tidal meaning that water levels rise and fall with the lough and attract even more wildlife.

You can choose from a number of walks, from shore-side to woodland, and breathe in the tranquillity.