Our centre is now open - please be aware when planning your visit that part of our site remains closed for now. There will be no otter or flamingo talks and we are currently unable to allow any feeding of our birds - read more and plan your visit here.

Happy birthday to us!

Happy birthday to us! We know, we know…we don’t look it, but we’re officially 46 years old on 29 May. How did that happen!?

When our doors opened that spring morning in 1975 – at a cost of 40p for adults and 20p for children – we wonder if the team greeting those first visitors could have even begun to imagine the amazing things our site would go on to achieve in the ensuing decades? 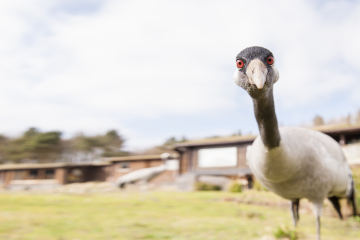 Or perhaps they did have an inkling, because they had the very same drive and dedication that makes the people who work and volunteer here now so special?

Today, our 103-acre site welcomes more than 70,000 visitors each year and the success of the past continues to build.

Be it new habitat creation or conservation species breeding; enthralling schoolchildren of all ages with vibrant learning experiences or helping showcase wetlands through enthusiastic public engagement…there are highlights too numerous to mention, so here’s a select few to enjoy…

1977 – Hawthorn Wood feeding station is established. Her Majesty the Queen and Prince Philip visit site as part of the Silver Jubilee celebrations (the Duke of Edinburgh would make a return trip in October 2005).

1980 – the round table ponds are excavated. Today, the reedbed is a great spot for sedge and reed warbler, while a water rail has bred there and a mute swan family currently calls it home.

1986 – the centre’s first Chilean flamingos, a flock of 16 birds, arrives. They will go on to breed for the first time in 1992 (flamingo chick pictured below). 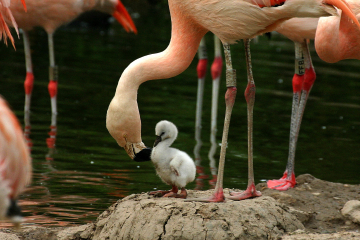 1989 – grey herons hatch their first chick on Wader Lake. The hedge overlooking the lake is now home to one of the UK’s largest heronries each spring and summer, with numbers regularly reaching 25 pairs.

1996 – the Discovery Centre extension is unveiled to the public in February, followed by the opening up of ancient Spring Gill Wood in April and the new duckery building in May.

Spring 2001 – tarmac footpaths are improved following a grant from County Durham Environment Trust (CDENT). In September, Tern Island on Wader Lake is enlarged after a donation from Banrock Station.

September 2002 – opening of the Paddy Fleming Hide at Wader Lake.

2 February 2003 – creation of Northumbrian Water Hide at Wader Lake (built in one day as part of World Wetlands Day celebrations). 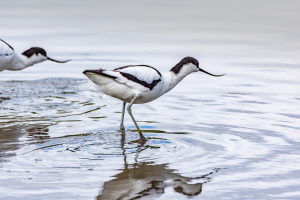 July 2006 – a pair of avocets arrives and breeds for the first time on Wader Lake, the most northerly breeding record ever in the UK at the time. These charismatic waders (pictured left) continue to breed here and reached a record 50 adult birds in April 2019.

March 2007 – the stream channel and filter reedbed areas are officially opened after a project funded by CDENT.

14 July 2008 – four Eurasian cranes are released onto the stream area (pic above by Kaleel Zibe). On 11 August, the first Andean gosling hatches at the duckery.

February 2011 – clearance work starts on the saline lagoon, funded by SITA Trust and individual donors. In June, great crested newt are recorded in the amphibian ponds and the new Asian short-clawed otter exhibit – home to brothers Rod and Musa – opens.

12 January 2013 – Wader Lake curlew roost site record of 1,220. In May, the centre is ‘highly commended’ in the Small Visitor Attraction of the Year category at the VisitEngland Awards for Excellence. Between September and March the following year, the team hatches and hand-rears 24 Chilean flamingos.

24 April 2015 – first recorded sighting of a roseate tern on Wader Lake. Musa and Mimi welcome Squeak (later renamed Ruby) on 22 May. They will go on to have eight more cubs – Ash, Tod, Sam, Pip, Irene, Shirley, Rita and Buster – who remains with his parents in their enclosure today. In September, the Shingle Islands project (funded by Biffa Award) is completed and Ganderland bird hand-feeding area opens in October.

4 March 2016 – avocets nest on the extended shingle islands! More than 14,000 visitors enjoy the LEGO trail later that month and the new Lagoon View Hide is unveiled in May. 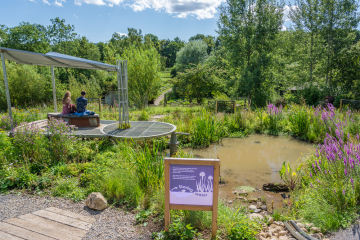 August 2019 – the first flamingo chick in four years safely hatches (thanks to the improved conditions in the house and from an egg laid by a 23-year-old female flamingo, which hatched at WWT Washington in 1996!).

2020 – covid restrictions mean the centre is closed for months but behind-the-scenes, a hardworking team of skeleton staff ensures the site is well kept, the collection animals are cared for and the wild reserve thrives.

April 2021 – we welcome visitors and members back once more and it’s overwhelmingly lovely! Here’s to the next 46 years and beyond, as we continue to inspire people to help save wetlands and the wildlife that relies on them for survival. Thank you...we couldn’t do it without you… 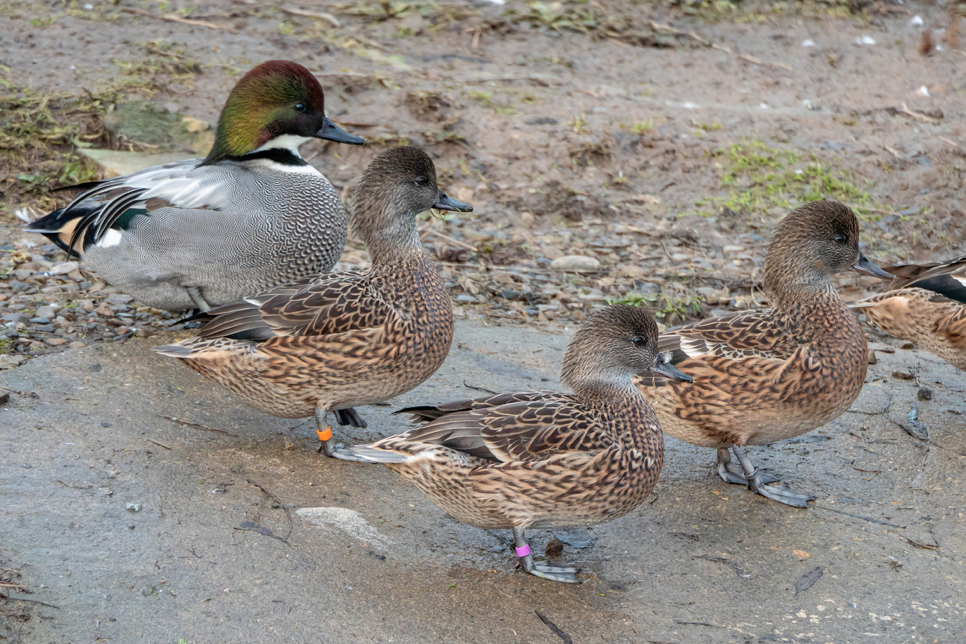 Falcated ducks show off their plumage! 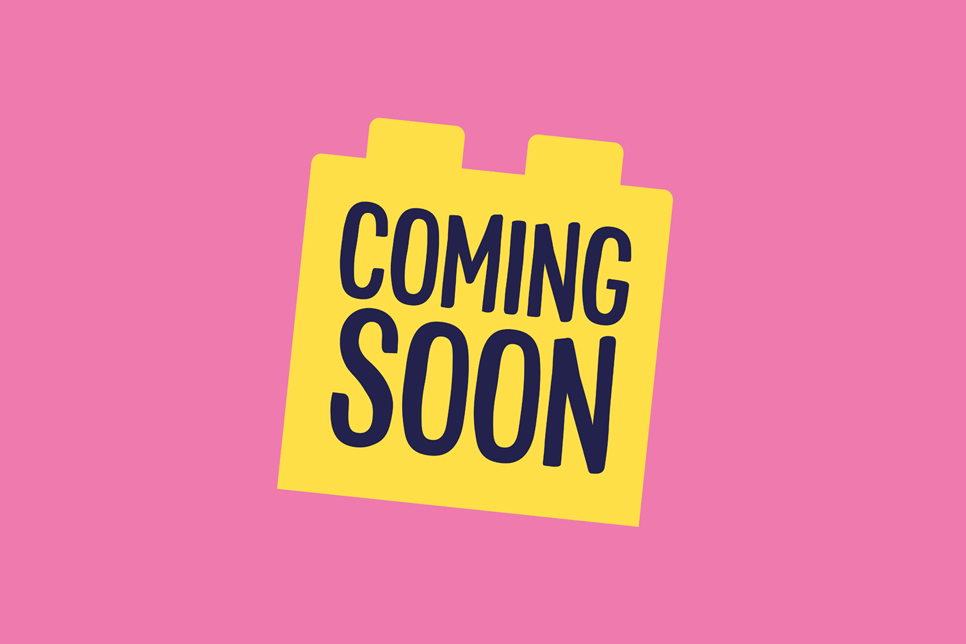 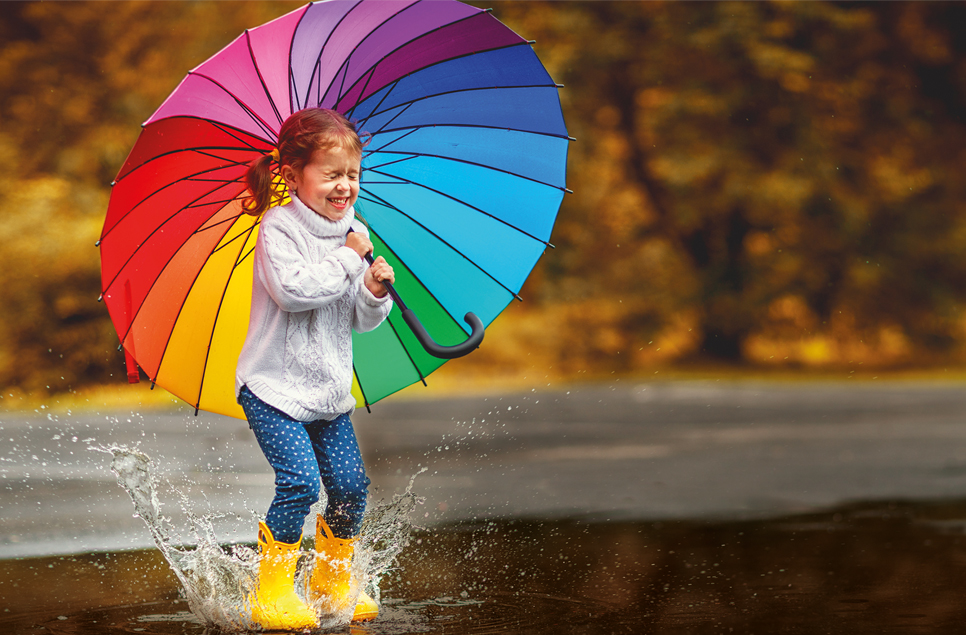 Make a splash at the North East Puddle Jumping Championships!