Moth trapping - getting more enjoyment from your garden or local patch

Spring evenings usually mean bat & barn owl events at WWT Welney, where we also introduce you to a variety of moth species. Moth trapping is something you can do from your own gardens, so is something you can enjoy during these times of restricted activity. We will be sharing tips as well as our finds on social media, but have pulled together a bit of an introduction here as well. 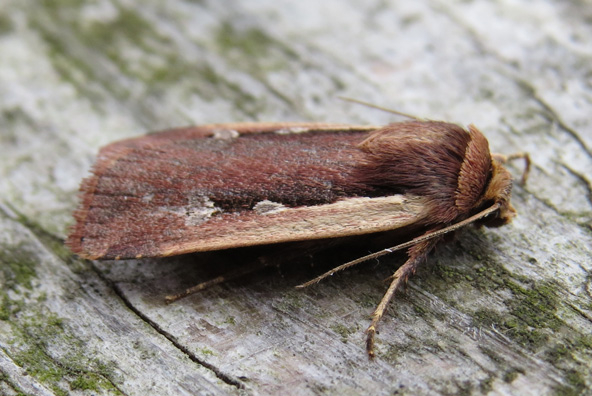 So, what are moths? They belong to the order of insects, Lepidoptera – which includes moths and butterflies. But how do you tell them apart? In the main butterflies have clubbed antennae rather than wire-like or feathered antennae of moths. However, burnet moths have antennae that look clubbed, but they still hold their wings as you might expect for moths. The Lepidoptera order are characterised by the covering of scales on their wings....overlapping like roof tiles. 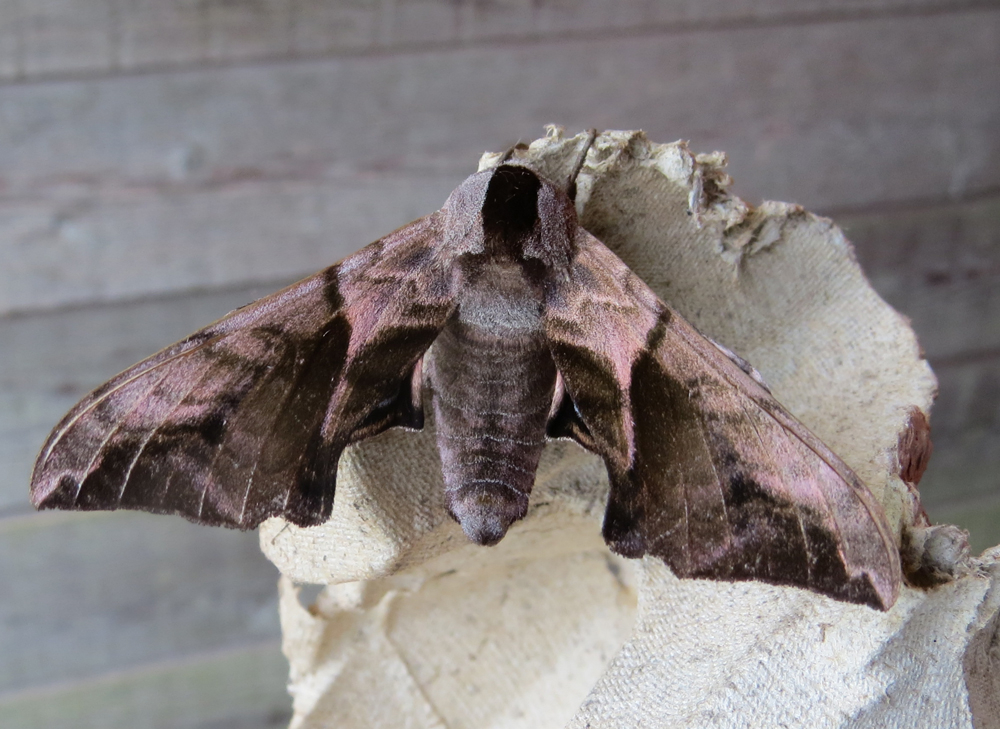 In the UK there are only 59 butterfly species, whereas there are 2,500 species of moth. That means that for every 1 butterfly there are 43 moth species! Moths are then split into two size groups the macro moths which are larger than 3mm, and the micro moths which are smaller than 3mm. When we introduce people to moths at Welney we tend to start with the big guys - the hawkmoths, but there are hundreds of species found across our wetlands, of all shapes, sizes and colours. 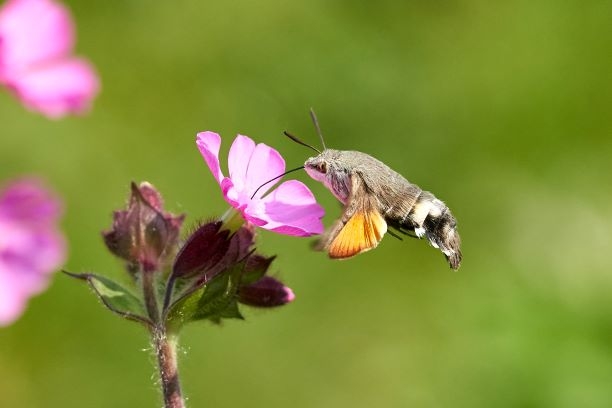 Moths are the adult stage of a fascinating lifecycle which consists of a complete metamorphosis, from egg, to larvae to pupa to adult. The larval stage, or caterpillar, is where most of the feeding happens. Amongst adult moths, a small group have chewing mouth parts to feed on pollen, most have proboscis for drinking nectar and some don’t have a mouth at all, having eaten enough to get them through the adult phase as a caterpillar. 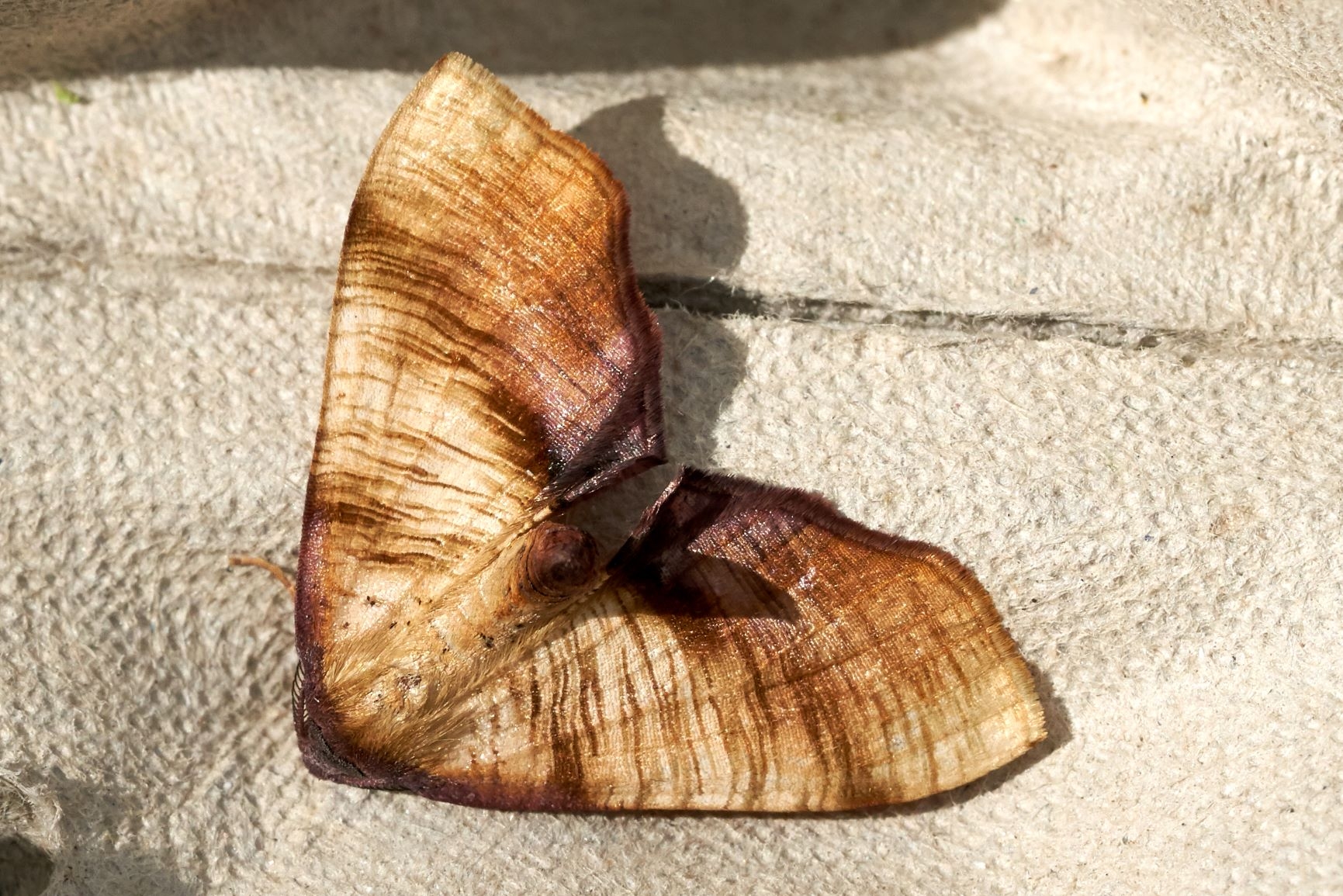 The techniques used to monitor and encourage moths so that they can be observed are known as moth trapping. You can watch them feeding and pollinating flowers, see them attracted to light or attracted to scents. Some flowers that moths particularly like include buddleia, red valerian, heather, sallow and ivy. You can also look for the food plants of the caterpillars to see adults egg laying, or find the caterpillars themselves. You could make your own, homemade sugar solution – by dissolving sugar in red wine or brown ale and then painting this onto tree trunks or fence posts at eye-level. Or you can soak lengths of rope in the solution and hang them up, either way use a torch to view the moths you attract. 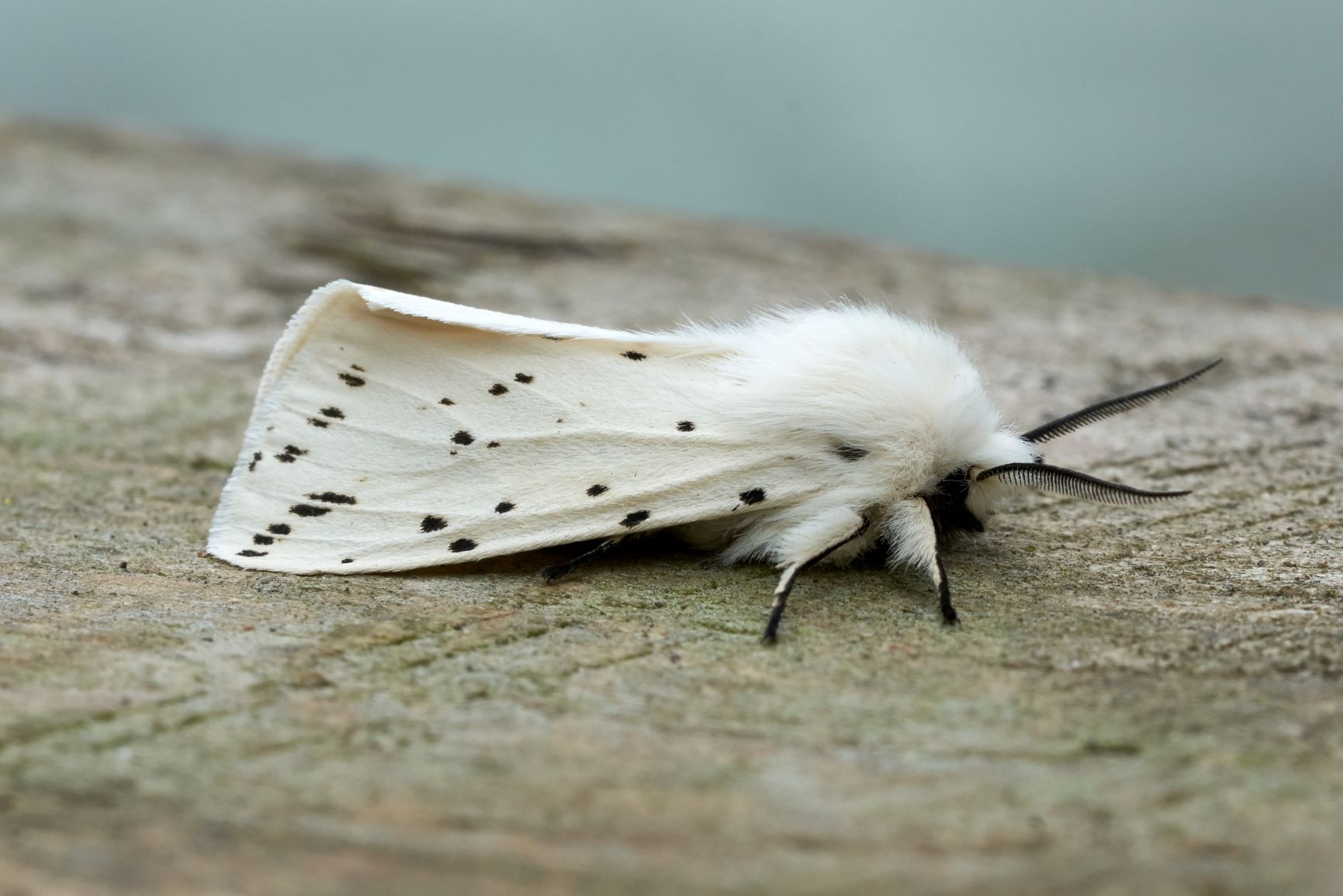 Another method we use to survey the species on the reserve and to bring a variety of species to people at our events is the use of light trapping. Moths will be attracted to, or disorientated by light which could just be a porch light or outdoor light in your garden. You could make or invest in a moth trap which will hold the moths that get attracted to the light until the next morning. We use Robinson light traps on the reserve, but there are a few different styles, like the Skinner trap in the photo below. The moths are attracted to the light and funnelled down into the base of the trap, which you have lined with old egg boxes or egg trays. Once in this parts of the trap they find a dark corner to hide in and ‘roost’ until you check the trap. 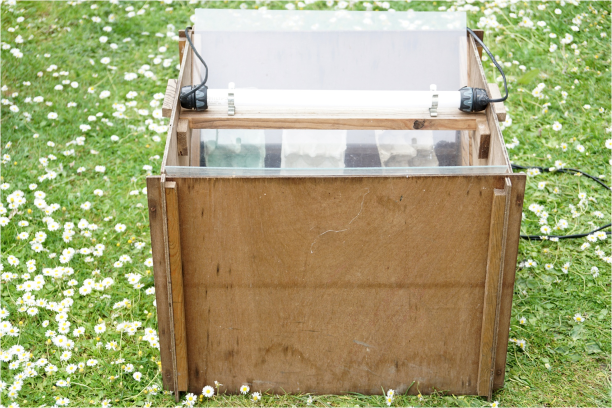