Llanelli Wetland Centre is a 450 acre mosaic of lakes, scrapes, pools, streams and lagoons adjoining the salt marshes and shore of the scenic Burry Inlet. 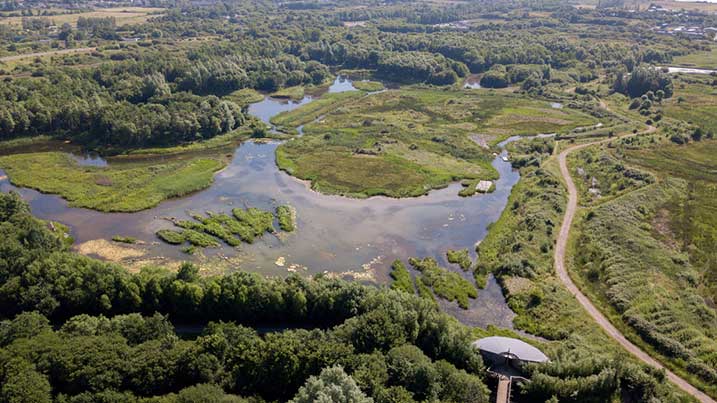 The range of habitats makes the site a refuge for many different plants and animals with tens of thousands of migratory birds visiting every year.

The lagoons nearest to the estuary are where birds gather in the greatest abundance. Regulars include black-tailed godwit, greenshank, curlew, pintail, shelduck, shoveler, snipe and teal. Little egret – rarely seen in Wales before the centre opened - are often here, too, and in ever-rising numbers.

Fish are plentiful in the centre’s deep-water lake, as otters and herons have discovered. The banks contain several burrows used by water voles and the islands provide nesting sites for lapwing.

Breeding birds on site include little grebe, pochard, reed bunting, warblers including lesser whitethroat, grasshopper warbler and cetti’s warbler, and the only colony of black-headed gulls in South Wales – look out for a few nesting mediterranean gulls amongst them.

Several scarce moths have been recorded, such as the scarlet tiger moth and rosy wave moth. The centre also boasts 20 or more species of dragonfly and damselfly including the small red-eyed damselfly.