Handfeeding is on hold. Due to ongoing Avian Influenza restrictions, visitors are not allowed to feed our birds. Sorry for any disappointment this causes, and thank you for your continuing support.

A 30th birthday is always a momentous occasion, and one normally marked with a huge celebration. Unfortunately, like so many, we had to make do with a 'lockdown birthday' for the time being and keep our big plans on hold for a future date.

WWT Llanelli's story began in the late 80s following the demise of the local steel, tin and coal industries. Llanelli Borough Council wanted to develop tourism as a new industry for Llanelli and reached out to WWT's founder, Sir Peter Scott, to assess the site at Penclacwydd Farm and work with them to create a haven for wildlife and people. WWT had seven other wetland sites in the UK that attracted many visitors, and it was hoped that restoration of the site would create Wales' own version of Slimbridge. 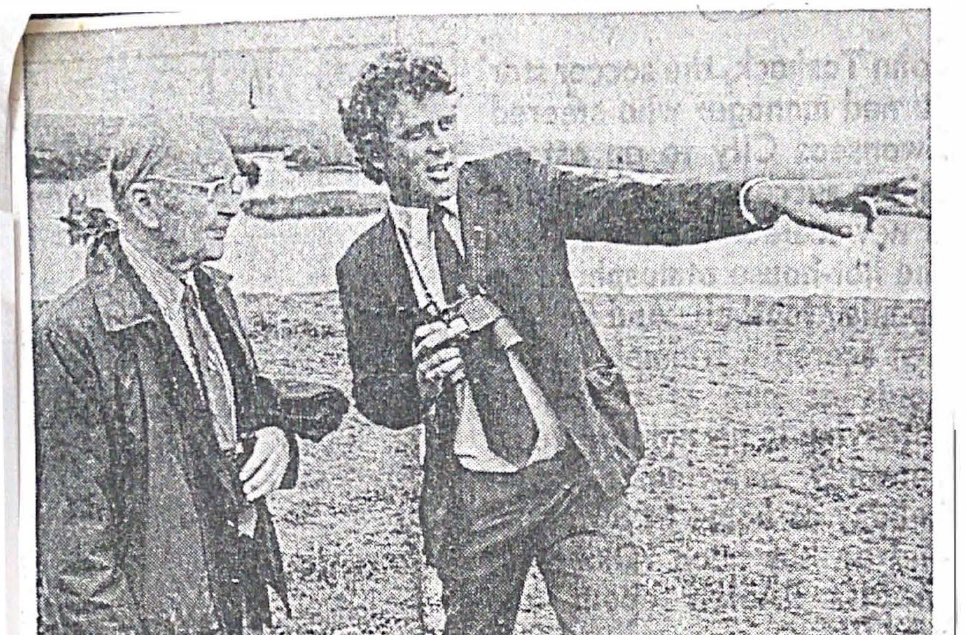 On his first visit, Sir Peter saw huge potential in our wetlands and was quoted as saying: “We ought to have thought about having a centre in Wales much earlier than this. But…we just did not know about Penclacwydd until very recently. This will be one of our better centres – which I am sure everyone will want to see.”

The pioneering conservationist was involved in the planning from day one, but sadly didn't get to see the Llanelli centre completed, with his last visit made just before he died in September 1989. 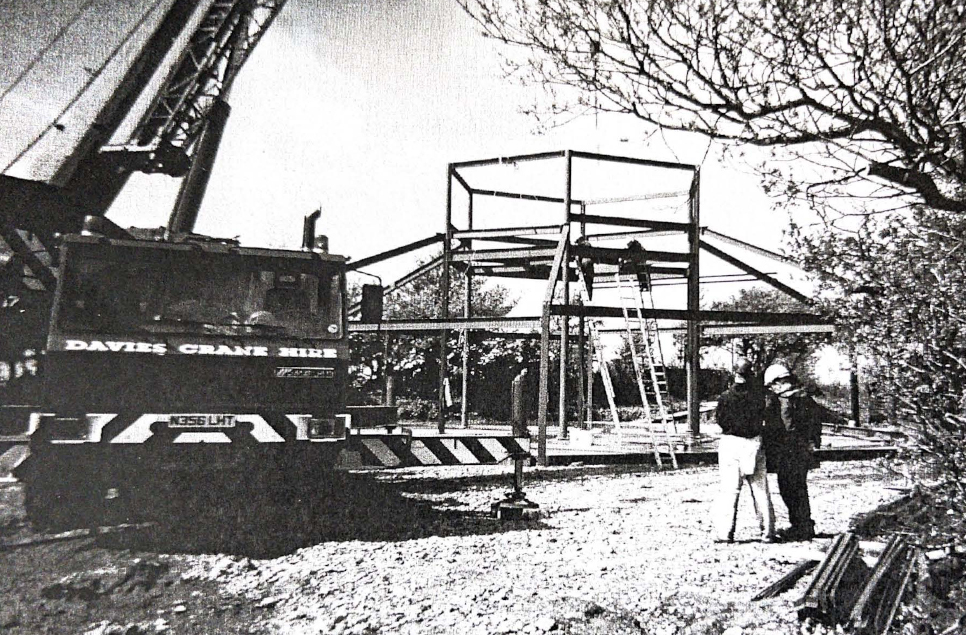 The grand opening of the centre took place on Wednesday 17 April 1991, with beloved broadcaster Sir David Attenborough attending to address the excited audience on behalf of his late friend.

Clearly filled with emotion on the day, Sir David said: “I am absolutely sure that if Peter had wanted a memorial it would be this that you see around you.” 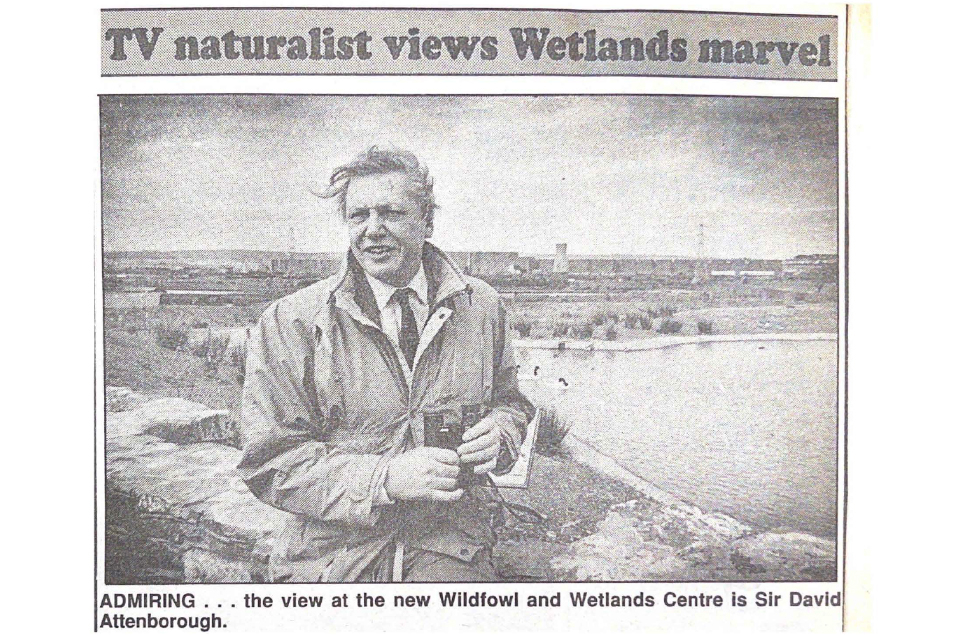 “Bringing together our people and the natural world is a precious benefit to both. If you really want an example of how that should be done, just look around you.” 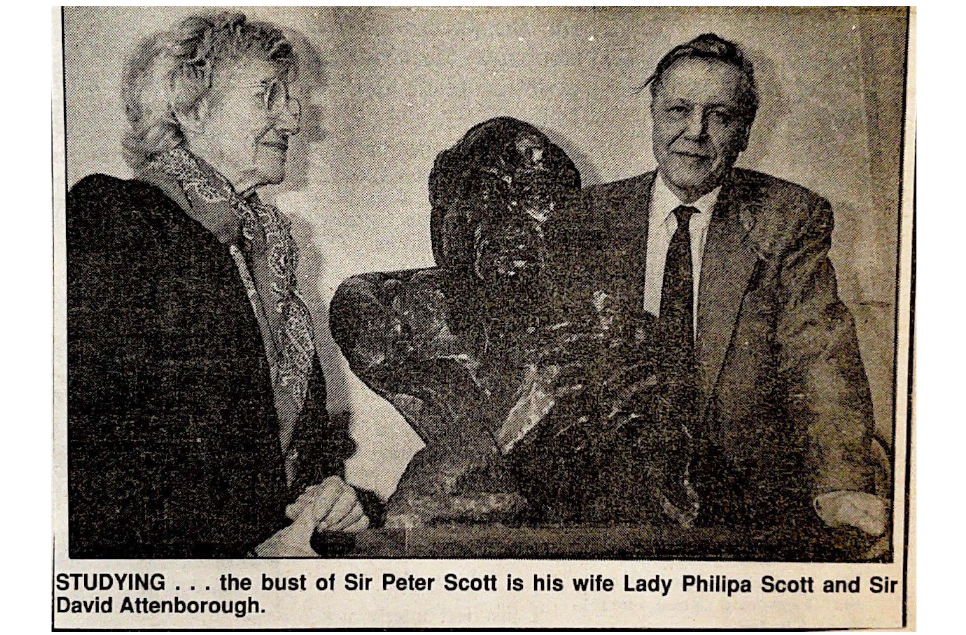 The initial restoration process involved a lot of hard work, planning and dedication from many volunteers and conservation experts – but, it never ended! The work is always ongoing to maintain and restore the wetlands we care for, with improvements and additions being made every season.

WWT Llanelli was enhanced further in 2000 with the creation of the 90-hectare Millennium Wetlands reserve. This development effectively turned back the clock 200 years, repairing the ecological damage of years of human activity, agriculture and industry, making it more attractive to a diverse range of specialised species.

Precious and vital habitats such as deep lakes, shallow scrapes, reed beds and willow carrs were carefully created and, within four years of its creation, all of the initial target bird species were recorded and over 20 species of damsel and dragonflies.

Another notable addition was the creation of the Dafen Scrapes in 2018, and already these have attracted a huge range of species including roseate tern and nesting little ringed plover! Later this year the reserve team and volunteers will begin work on a similar project to enhance the Freshwater Lagoon - landscaping, creating islands and installing a new natural water treatment system.

WWT Llanelli is situated on the shore of the Burry Inlet, the most important wholly Welsh estuary for waterbirds. It’s listed as a Special Protection Area, Ramsar Site and Site of Special Scientific Interest. We boast an astonishing mosaic of habitats and associated species: from woodland, scrub, grasslands, reedbeds, ponds, and lakes, to internationally important saltmarsh and estuarine habitats.

Some notable species include greenshank, black-tailed godwit, water rail, willow tit, lapwing, pochard and shoveler. Our reserve was the first location in Wales to see a Mediterranean gull chick successfully fledge and also hosts a breeding colony of black-headed gulls. 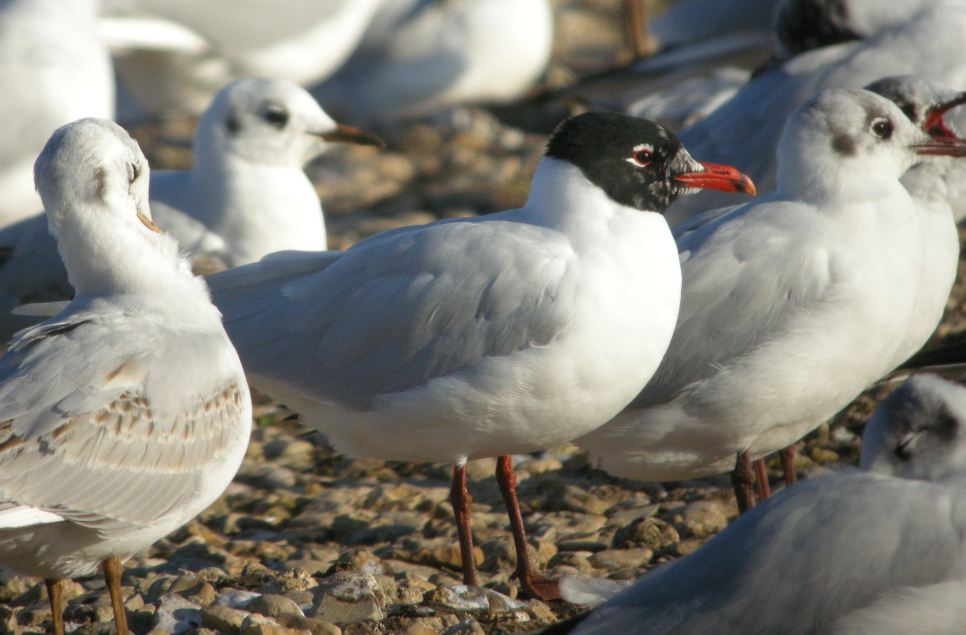 A Mediterranean gull sits among some black-headed gulls

The water vole has been lost from 94% of places where they were once prevalent, making them the UK’s most rapidly declining mammal. WWT Llanelli is home to a thriving community of water voles and the Millennium Wetlands is one of only two national Key Sites for water voles in all of Wales, and their numbers have gone up significantly.

Wild otters have become a regular sight throughout the Millennium Wetlands since they’ve discovered our bountiful supply of fish and clean waterways. Spotting them depends a lot on luck, but they are out there!

WWT Llanelli is one of only two locations in Carmarthenshire known to host breeding pairs. We’ve worked hard to make the area around Deep Water Lake more appealing to them and, so far, the number of breeding pairs has increased to more than ten with successful fledges on the rise!

Every creature or native species that calls our reserve home is a wetland superstar.

Egrets and spoonbills used to be a very rare sight back in the 1980s and 90s – just look at these clippings from local newspapers. Even the wildfowlers on our patch didn’t recognise a spoonbill back then! Little egrets also caused enough of a stir, but a cattle egret in Wales was a very rare spot. 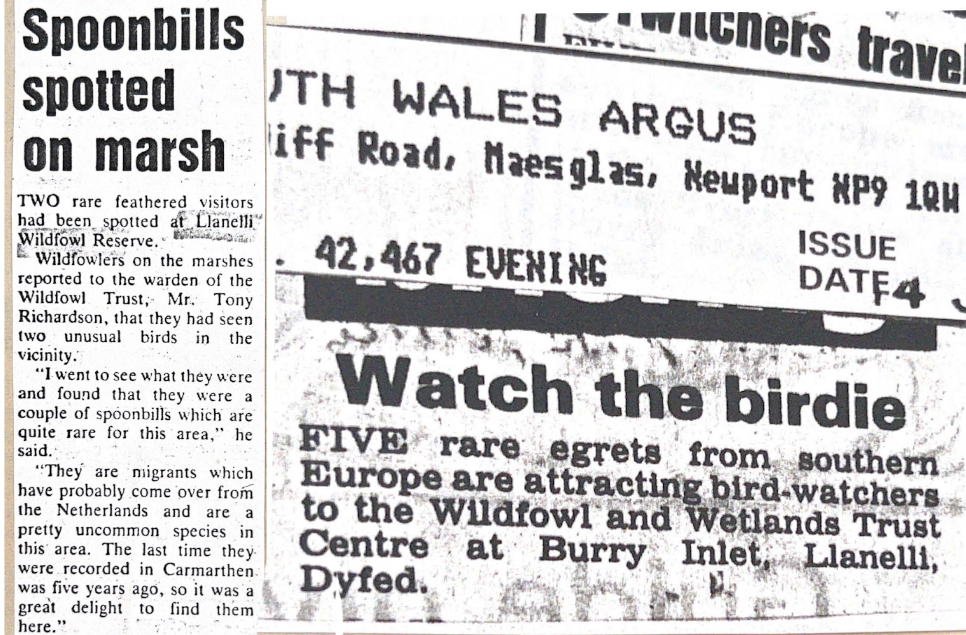 Today we have egrets out on the salt marsh all year long. Sometimes cattle egret and great white egret are present amongst the little egrets and it’s a wonderful sight to behold the different sizes stood together. We’re also blessed with the presence of charismatic wintering spoonbill - last year we had an incredible 11 visible at once!

If you spend enough time in our hides, your patience may be rewarded with a sighting of one of our brightest residents – the kingfisher. Electric blue and fast as lightning, if you catch a glimpse of these master fishers you may not quite believe your eyes. It’s a magical feeling when you spot your first kingfisher, and that buzz never goes away – no matter how often you see them.

Your support is everything

We simply wouldn’t be here without the support of our visitors and members.

Mr and Mrs Batey are regular visitors, members, and keen photographers. Their favourite hides include the Peter Scott, British Steel and Michael Powell and they will often camp out for hours with a flask of tea waiting for a cracking shot - like this little hog caught out and about in daylight. 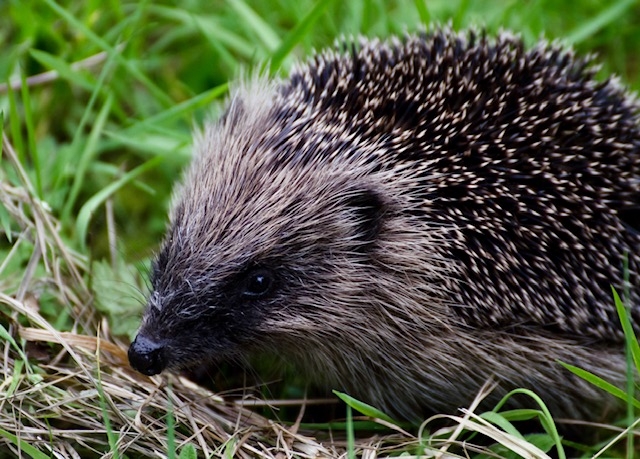 Lots of precious memories have been made at Llanelli Wetland Centre. First dates, proposals, first steps, first encounters with wildlife, first days out with grandparents, school visits - too many to list! We know how much our centre means to people and we treasure the part we play in the local community.

We'd love to hear your favourite stories of your time here at Llanelli Wetland Centre, no matter how big or small.

From the bottom of our hearts - THANK YOU. Everyone who has ever visited, joined as a member, made a donation or volunteered - THANK YOU. You have all contributed to our success and to the development of this incredible haven for wetland wildlife. The world has changed a lot in 30 years and nature needs our help now more than ever. Because of you, we're still here to protect and restore wetlands. 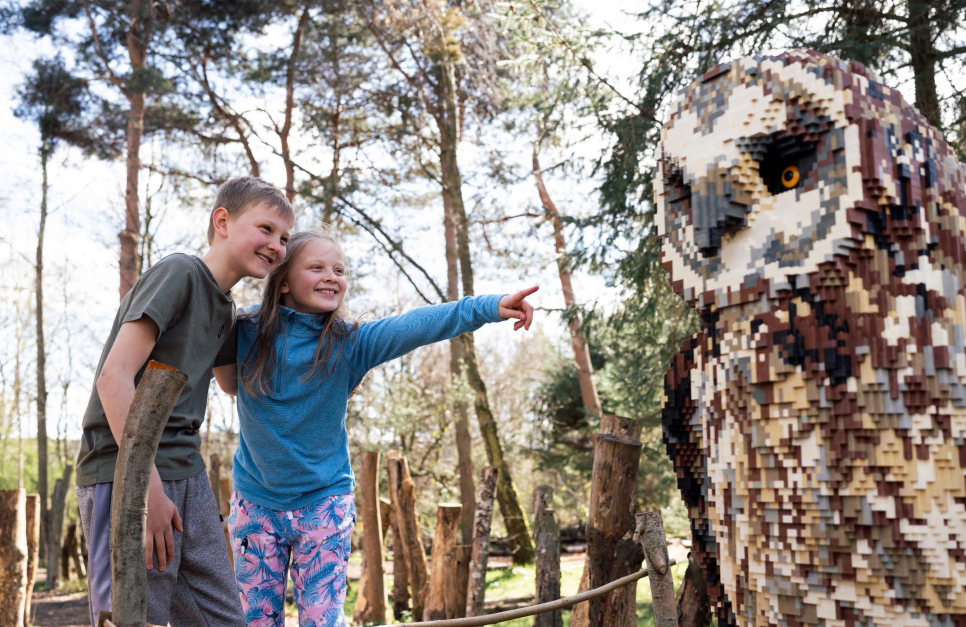 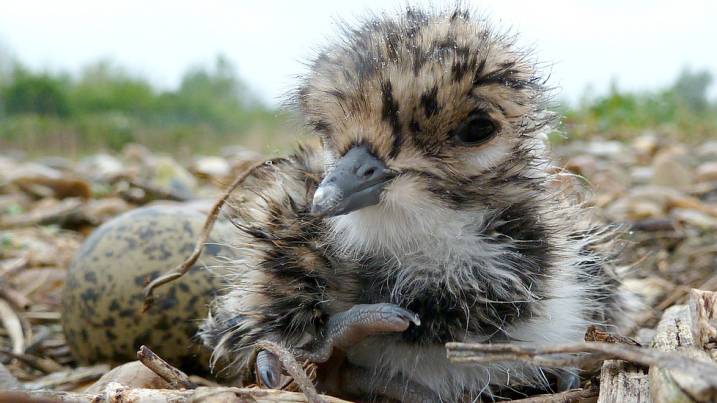 The Millennium Wetlands burst into life 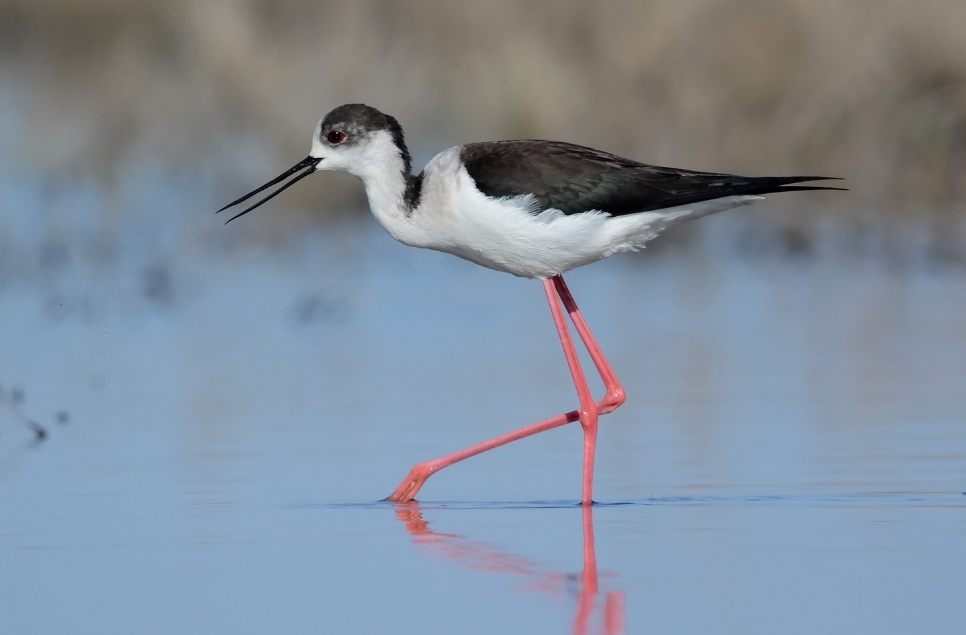 Projects start to pay off with Llanelli's first black-winged stilt