Arctic-breeding waders appear as they head south for the winter, birds breeding in UK wetlands start to disperse, and there are still plenty of dragonflies and damselflies to enjoy.

It's now August, a month that many of us think of as summer. But for wetland birds it’s the first month of autumn. Post-breeding, they start to migrate. For those only born a matter of weeks ago, it’s the beginning of an incredible, yet perilous voyage. But wetlands provide the perfect refuelling points.


The real start of migration

The challenges of breeding are ending but those of migration are just beginning. Waders are typically the first group of birds we see on migration; you’ll likely start to see species appear such as curlew sandpiper, wood sandpiper, dunlin and little stint (header image). The first we see are failed breeders, then the successful adults and the juveniles. They’re here to take advantage of good feeding, with high-calorie invertebrates available in the mud for those who can reach them. Many of these birds, such as the curlew sandpiper and little stint, will be on true passage and stop off only briefly before continuing south, mostly to coasts and estuaries in southern Europe and Africa. Other species will be split, with some staying in the UK for the winter and others heading much further south. This is because different populations within a species have different breeding and wintering strategies. For example, in dunlin, there are subspecies that breed in northern Scandinavia and winter in southern and western Europe, whereas UK breeding birds winter in west Africa.

Our breeding birds finish up

Birds that have been raised in our wetlands will now be ready to make their own way in the world. The later broods from our waders such as lapwing, oystercatcher, redshank and avocet will now be fledging, getting up to their adult weight, shedding the last of their downy fluff and growing flight feathers. It’s time to leave the sheltered wing of their parents and start to find food and avoid predators themselves.

Many of these waders will winter in coastal areas in the UK but some will choose to move further south. This is especially true of the little ringed plovers that arrived here back in March to start breeding, and will now be on their way back to central Africa. They breed throughout much of England and Wales, but interestingly the first breeding record in the UK wasn’t until 1938. Before that they were only recorded as a vagrant species.

Other wetland breeding birds will also be making their way south. You might spot yellow wagtails arriving amongst the hooves of cattle in wet grassland, snapping up the disturbed flies and other insects. For the first time, the young common terns, swallows, sedge and reed warblers, cuckoos and ospreys will be heading to their African wintering grounds. They do this without their parents, facing many hardships such as poor weather, finding food and avoiding predators – which is why it is so important to have healthy wetland staging sites across their flyway, in order to feed and rest before continuing. Many species will cross the Sahara to reach their wintering grounds, so need to be fighting fit. Like the young, their parents will be on the move too. Recovered from the harangues of spring migration, breeding and feeding their ever-hungrier broods, they’ll be heading south for the winter to warmer climates and guaranteed feeding.

A great month to get watching dragons and damsels

There’s still plenty of chance to see many odonata (the collective name for dragons and damsels) on the wing in August, some of which will be around for at least another couple of months. However, you may not yet have come across a migrant hawker, August being their key emergence month, although many immigrants arrive from the continent too. They’re one of the later dragons to be on the wing. Interestingly, unlike other large hawkers their larvae do not take years to develop, instead they hatch in early spring and will grow rapidly to hatch out later that summer. They prefer standing water such as ponds, rivers and canals. The species is known to spend much of its time hunting above trees and hedgerows, however, the mature males are easy to spot, as they patrol and rest low down along the water’s edge. Look out for the distinguishing yellow ‘golf tee’ shape at the base of their abdomen.

If you’ve not yet spotted any this summer, high on your wetland plant priorities should be flowering rush. Look out for its long, pointed, grass-like leaves, topped with small pink flowers. It stands along the water’s edge and although it looks like other rushes, it’s not actually a member of that family.

Hemp-agrimony will also now be in flower. In a similar way to the flowering rush, this plant gets its name from its leaves looking like hemp, but in fact it too is unrelated. You can find it in many damp areas but you won’t be the first. Many pollinators are attracted to its pink and white flowers. This is where its other name, ‘raspberries and cream’ comes from; clusters of frothy flowers atop red stems.

Where to see August wildlife

Migrant hawkers can be seen throughout much of England and Wales but get rarer further north.

Both flowering rush and hemp-agrimony have a widespread distribution throughout the UK, with the latter having a stronger presence in the south of the country.

You’ve a chance of seeing any of the migrating birds mentioned above, at any wetland site. The waders will be especially drawn to shallow water and mud where they can search for their invertebrate food.


Next time, we’ll be into September and starting to keep a look out for geese arriving at our wetlands from breeding grounds as far away as the east Canadian high Arctic; autumn has arrived. 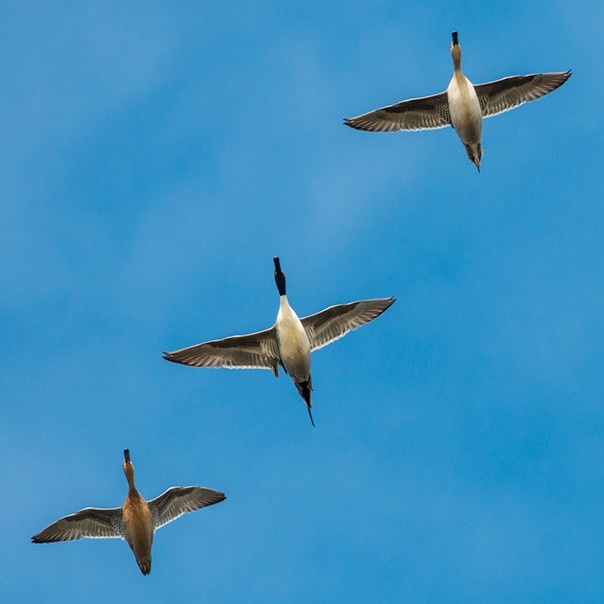 How birds use wetlands as migration service-stations 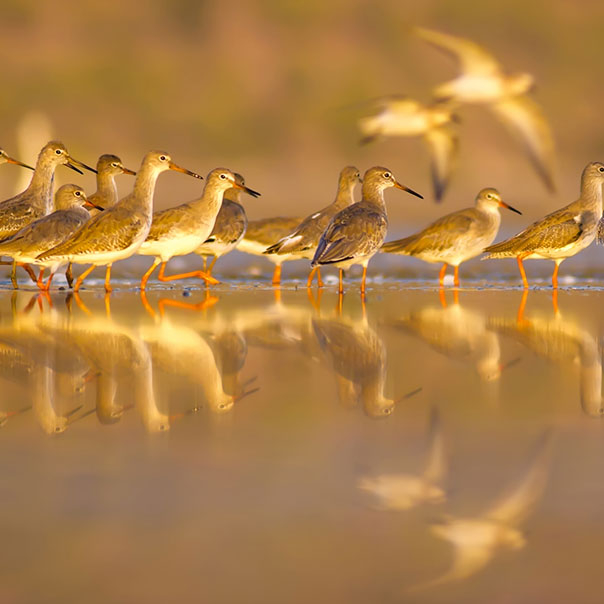 A guide to the wading birds that can be seen in the UK. 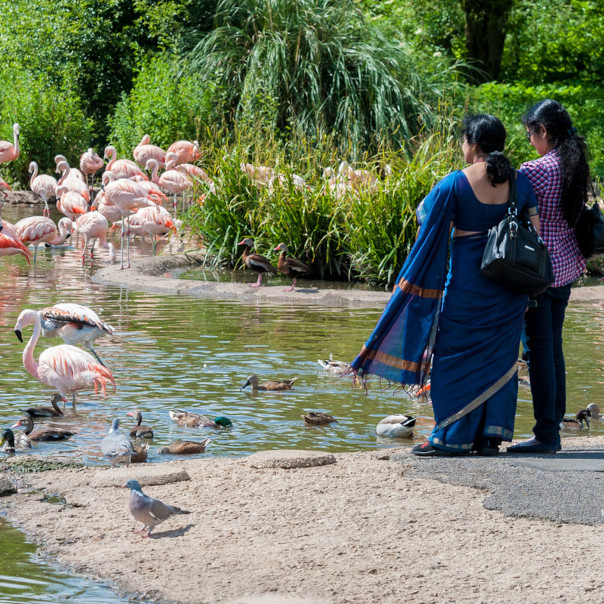 Wetland destinations for your summer staycation

Escape and unwind this summer.