Bewick's on the move!

Thousands of Bewick’s swans are on the move as they escape the arctic winter which is rapidly closing in on their breeding grounds in northern Russia. Despite a warm autumn which tempted many swans to stall their departure, temperatures on the tundra in the Nenets Autonomous Okrug have now fallen below zero and the region has seen its first snowfall.

This week, scientists from around the world came together to share news on the latest research and conservation of the world’s eight swan species at the 6th International Swan Symposium in Estonia. We took some time out of the conference to search the local wetlands and were extremely happy to see more than 1,000 Bewick’s freshly arrived and feeding on aquatic plants (of the potamogeton and Chara varieties) on Lake Peipsi, an important staging site for the swans in the autumn and particularly the spring. Most of these birds will have taken a direct flight from the arctic with few if any stops and the Estonian wetlands therefore provide an essential and welcome refuelling station.

Our trip coincided with four of our swans with GPS transmitters reappearing on the radar as they moved within signal range! Hope (who has now been tracked for five years!), Leho, Daisy Clarke and Maisie had arrived in the Baltic! 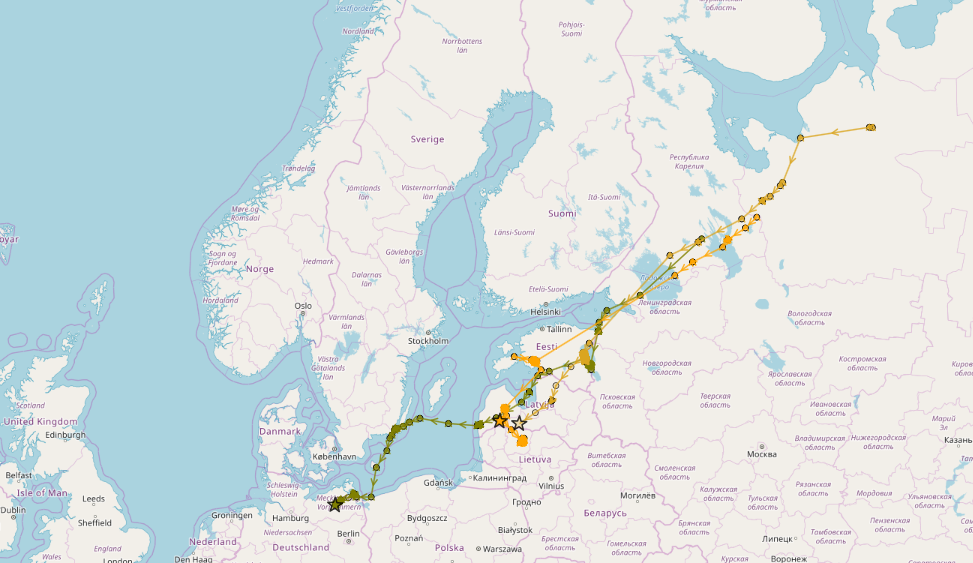 Though these four evaded us, our ring-reading expert Wim Tijsen from the Netherlands managed to spot some other ringed birds. First success came at Lake Peipsi with XZA who was ringed on the tundra by staff from the Nenetskiy Zapovednik and WWT last summer! On to Haeska at Matsalu Bay, for a nice surprise with Pola (UNT) and mate Pyotr (UPH) standing just a few hundred metres away from the shore. It was wonderful to see Pola looking so well with plenty of body fat to carry her through the next leg of her migration – her transmitter stopped working some time ago so we now rely solely on sightings in the field to understand the whereabouts and health of this bird. She was originally caught and ringed with her mate on the Ouse Washes in 2015. 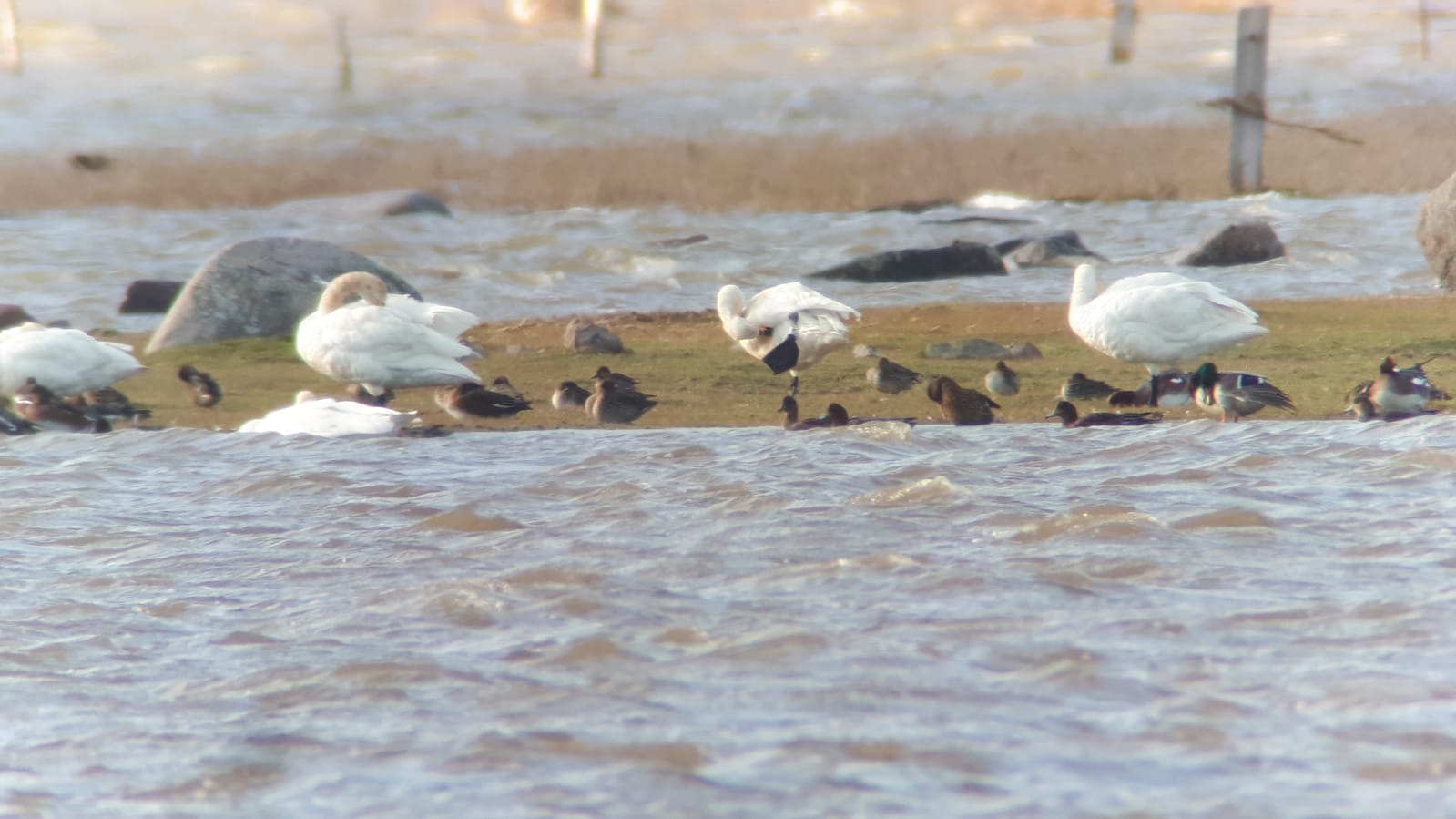 Of the transmitter birds, Daisy Clarke is now leading the charge, having arrived in Germany, while 100 Bewick’s have also now arrived in the Netherlands (information from Wim Tijsen). There have also been sightings of two Bewick’s in Aberdeenshire and East Yorkshire. It shouldn’t be long before more reach UK shores….

Stay tuned for a special report from the Swan Symposium by conference organiser Leho Luigujoe and the Chair of the Swan Specialist Group Eileen Rees.