My life with whooper swans

I am Damien and I’m back again to talk to you about our amazing, fantastic winter visitors, the Icelandic whooper swans, and to give you an insight into my thoughts on how I feel when they spend the winter with us here in Lancashire and the epic migrations they undertake to and from their Icelandic breeding grounds every year. 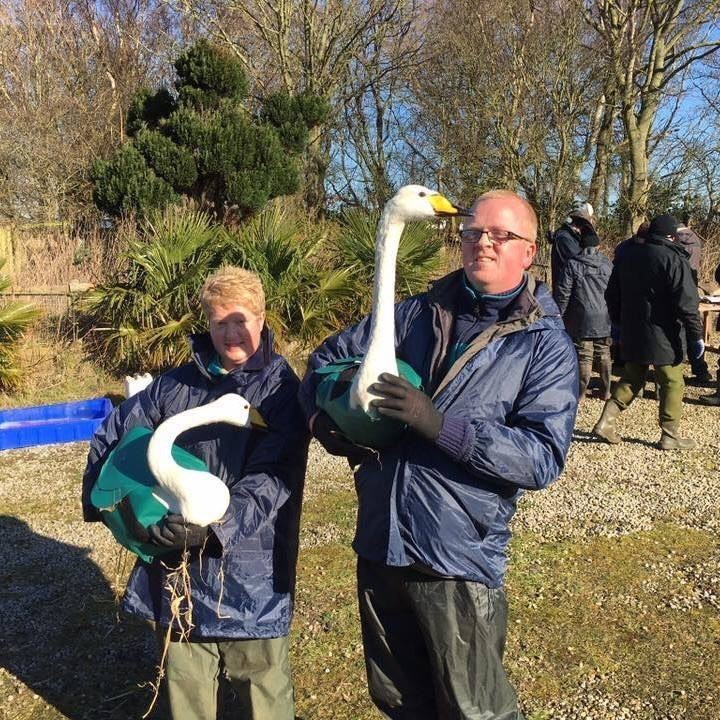 It only seems like two minutes ago that I was giving you a round up on the last season as a whole. Before I begin, let’s have a little background. I am one of the media volunteers based at WWT Martin Mere Wetland Centre in Lancashire. I am autistic. That though isn’t a totally bad thing; it’s given me a wonderful, powerful passion and love for a species that I adore, my friends from the North and my guardian angels. So sit back and let me talk to you about the migration of the whooper swans and their winter life in Lancashire.

If you can imagine this, I am autistic and so autistic people often have an obsession with one specific thing; they eat, live, sleep and breathe it. Obviously I’m going to say mine is whooper swans. In the summer, I’m thinking about them on the breeding grounds in Iceland; how are they feeling about the sea crossing? Are they well? Have they got cygnets? I’m thinking about how much I can’t wait to see them. Think of it this way - I’m lost in awe, in respect and admiration for the 500 mile sea crossing, in everything they do and go through just to get here to spend the winter with us. For some people at WWT, it’s life, it’s a research project and all of that, which is fine as it’s what we do. For me, it’s oh my god, my world, my Christmas every day of the swan season. 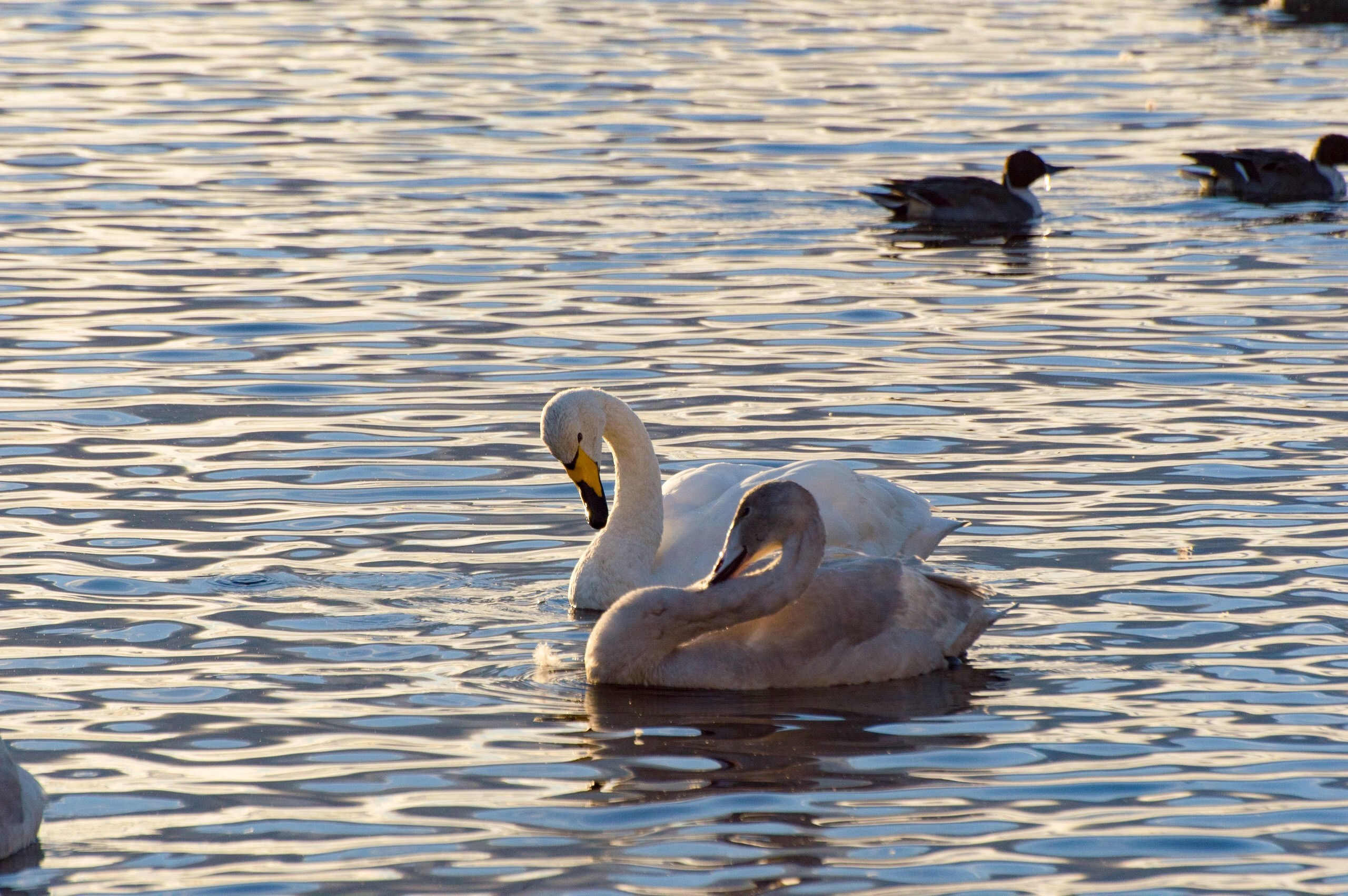 My dedication as a volunteer isn’t about taking 800 photos a shift at Martin Mere. I make my own studies. For me as my passion, my partner Emma and I spend four to five hours in a hide, just watching the flocks. We match up birds like the researchers do and look for families. We read rings and it’s fascinating. But again that’s not the full story. As I said we can spend a long time in a hide, in rain, wind and frost. It’s freezing (the wind chill alone). We never care. I look upon these birds as my extended friends and family and I love to be with them. It’s the least I can do. Good grief, I even talk to them. They make me that happy.

This autumn migration at Martin Mere pretty much started in a normal way. We had our usual build-up of wildfowl from mid-August. This usually consists of local greylag and Canada geese with numbers usually totalling around 400 plus. They arrive before the first pink-footed geese come in, our first Icelandic migrants. We received our first solo Icelandic whooper swan around mid-September. Blimey, I couldn’t get on the train quick enough. I’d waited six months to see these birds. By the time I reached Martin Mere, the bird had flown out. How typical! In my years of studying whoopers with Emma, we’ve learned above all, it’s all about the right time and place. Following on from the arrival of the first birds, we had to wait a good few weeks for any more arrivals, largely due to the fact it was too mild. We found ourselves with a kind of Indian Summer so this temporarily stalled the migration.

With the arrival of October saw a change to more traditional weather, and back came the northerlies. And so did the first notable numbers of whoopers. Much to my delight, 60 came in and before we knew it, 450 were roosting on the Reserve. It’s never straightforward though, as with weather patterns ever changing, you find migration becomes staggered rather than flowing. What I have noticed in the last couple of years is that the arrival of the whooper swans has become that bit later. I don’t know but I presume climate change is a factor, especially if you look at our swans across different seasons.

Speaking as me though, all I am thinking is “please be safe crossing the Atlantic guys”. They’re friends and we couldn’t sit freezing in the hide if we didn’t love these birds.

When November came we were up at 1,000 plus roosting, and some good news, some of our regular returning friends were spotted and logged. I spotted PD5 first and I was thrilled. I remember PD5 as a cygnet and here she is four years later, making successive migrations between Lancashire and Iceland. Again more of our regular birds started to arrive; Mill a male whooper partnered with female C6A a female who with Mill has produced 26 cygnets since 2007, which is just amazing! Of course migration isn’t black and white as nothing ever is. 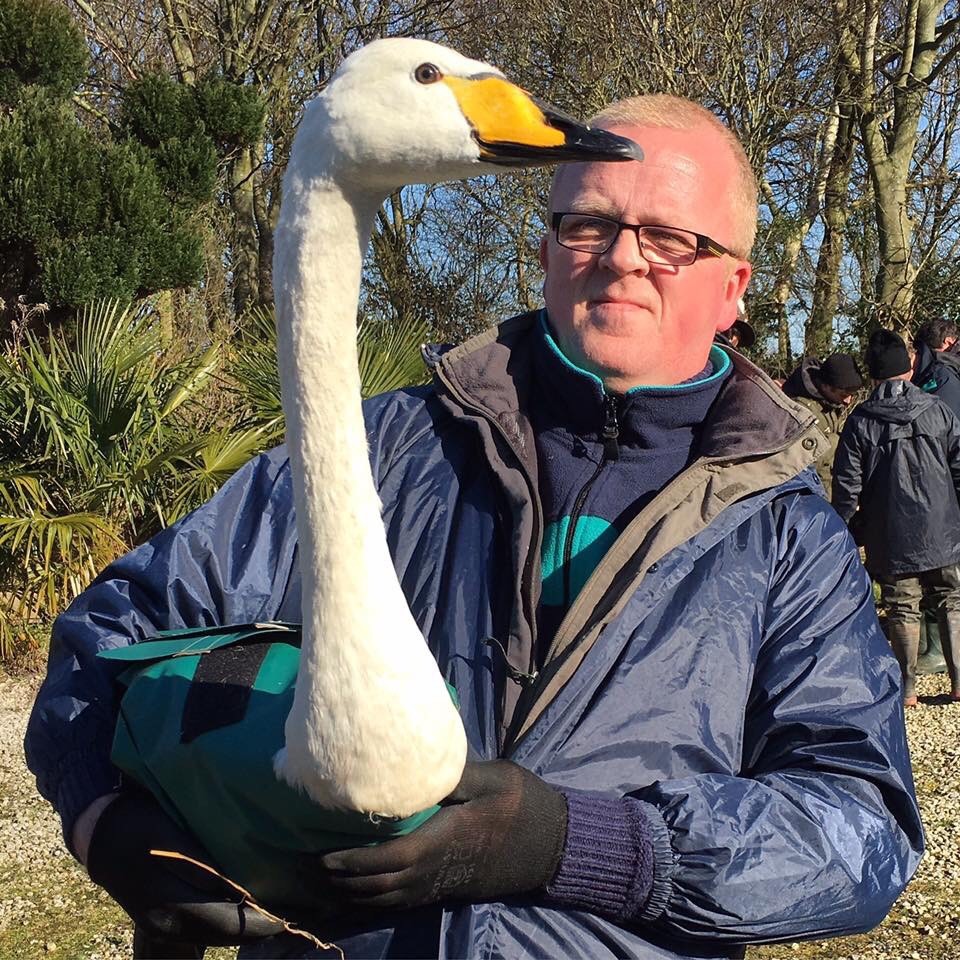 Two years ago, we took part in a swan catch at Martin Mere. It was the most magical experience ever as you can imagine. But most particularly as I was able to be the handler of a very special whooper swan, a female ringed XLM and named Ruby. Now that was special and I still treasure the photo and memory. Ruby hasn’t been seen since flying back to Iceland in March 2016. Nothing unusual or strange about this; she just hasn’t come back as of yet, but the same is said of other whoopers just like her. Like I said, migration isn’t black and white.

But equally we are treated to surprises, such as Virginia (ringed VJA) who came back this winter and she’s at least 26 years old making her the oldest whooper swan. We have to love her. Tom the Reserve Manager had told us she’d been seen and so we dashed off to the hide hoping for a star photo. Wouldn’t you know it, she’d swam off when we arrived, so we dashed to the other hide to try and spot her, but she’d vanished! It was frustrating but that’s Virginia - you only seem to get one chance and she’s off.

So where are we now? Well, of the 1,600 whooper swans that visited WWT Martin Mere this winter, we have 800 left. A good number of families as well; it’s always good to see overall how well breeding has gone. One thing I never give up hope for is our absentees. It’s a little bit like the whooper swans are your children, and you are waiting for them. Then again children grow up and leave home don’t they? When I first started at WWT, I never would have made a link between children and swans. Let me put it this way, I think it’s true everybody has a purpose, a reason to be here and a way in the world. When I think of mine, I’m here for the swans.

Most of us who work in conservation, care and love, but there is still a gap of love or respect for these amazing birds. Each and every single one of these birds is a living, beautiful and stunning swan. One of the swan researchers always told us, when the swans are named they become personnel, like our friends. It can be emotional when things happen, as sad as that is to say.

What I want to do going forward, is to talk more about the adventures of the whoopers over the migration, right up until they leave, and especially the influence they have on my autistic mind. Although autism is not a mental illness, the happiness from the wildfowl and the love of life with WWT and the whoopers really can bring an essence of calm. It’s not always what we or WWT do for the swans. It’s what the swans do for people like me.