Jeanie Money tells of her time as a picture researcher and exhibit fitter.

My first job on the Slimbridge 2020 Project team three years ago was to populate a database of pictures and stories about Sir Peter Scott, his life and career. Trawling through hundreds of old photos and archive material was fascinating, and a real insight into the life of a man who was extraordinary in so many ways.

How could one person be a renowned artist, an international sportsman (Olympic sailor, world-class ice-skater and British Glider champion); a naval war hero (his ship saved 180 men from a burning ship in the north Atlantic in 1941); an inventor (he developed rocket netting to capture geese and invented the trapeze used in sailing); as well as setting up both WWT and WWF (that panda logo was his original artwork).

For me, every picture told a new part of his history. My favourite? There were many, but seeing black and white images of Scott’s recommended ships’ camouflage that got admiralty approval in 1941 is something I’ll never forget. That camouflage meant that British warships could get six miles closer to an enemy vessel before being seen – a great wartime advantage. And for Scott, it got him a knighthood.

I moved on to something very different. There can be very few places – anywhere in the world – where volunteering skills extend to gluing carrots. But when I was asked to prep the food in the Russian Tundra hut at Slimbridge’s Arctic Adventure, this is where it took me.

The hut is a mock-up of a working tundra research hut where scientists live for months at a time, hundreds of miles from civilisation. Their job is to study the birdlife and the environment, and since this is the summer home of our beloved Bewick’s swans, of course WWT has a long history there.

For me, the challenge was to dress the eating area to look authentic, but also be reliably ‘visitor proof’. My glueing had to be both child-proof and child safe. From carrots, I progressed to potatoes and onions, which turned out to be a step too far, and so another skill was added to my CV – wiring potatoes and onions together. Every week was different, making a flower press, glueing plates and tins to benches, pinning photos up, painting signs in Russian, and even emptying a Nutella jar and then painting the inside brown. Never a dull moment.

Abi Mackay tells why she applied for a placement on WWT Reserve Management and about meeting her hero.

When I saw a placement advertised at the start of my final year, I started to read up about all the work that WWT was involved with and really liked what I saw. The placement sounded like a great opportunity to get some practical experience before carrying on with studying. I was particularly interested in reserve management because I had previously volunteered for charities doing the practical side of things. I thought it would be interesting to see the other side of that and learn about what happens before you decide to cut down a particular tree or plant flowers in a certain area. So I applied and here I am!

One thing I’ve learned from working here is that I love wetlands. I didn’t really know much about wetlands until starting here and now I’m obsessed. I love that you get terrestrial and aquatic life because I always felt like you had to pick one or the other and there wasn’t a massive amount of crossover.

If I had to pick the highlight of the year it would have to be filming a segment on eels for the BBC One Show. Particularly because I got to meet my conservation hero Steve Backshall. He was a major inspiration for me growing up. Watching him on The Really Wild Show and Deadly 60 is one of the reasons I became fascinated with wildlife and wanted to go into conservation. I like him even more now because he picked up on my Scottish accent, which not many people do. 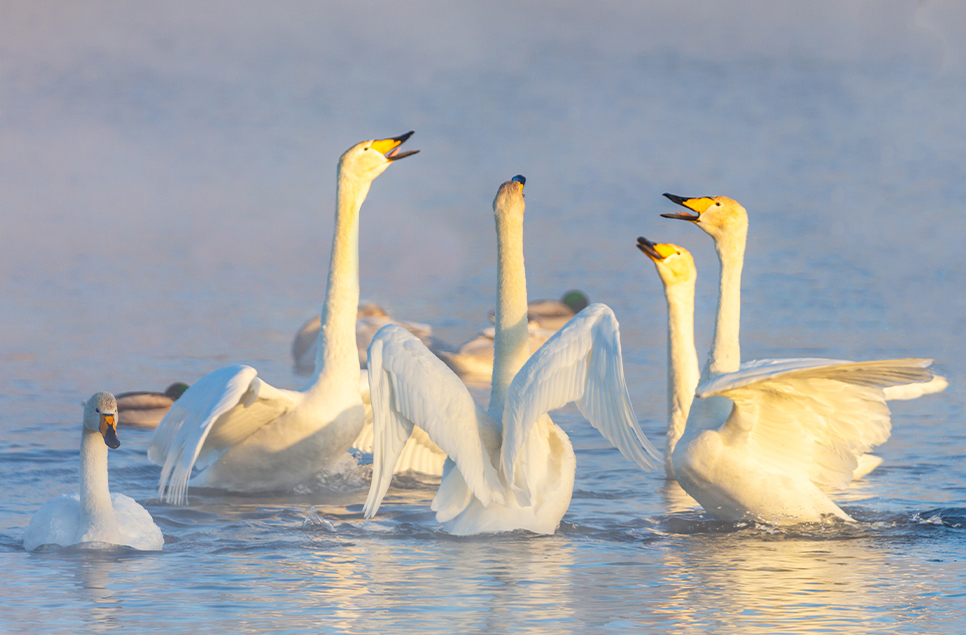