What is biodiversity and why do we need it?

The term biodiversity is a familiar concept you learn at school, yet when you try to get to the bottom of a definition it’s intimidatingly broad in scope. Conservation organisations have been championing biodiversity for a long time, but quite often the focus has been on preserving our wildlife and saving species from extinction. And with the threat of climate change looming, biodiversity has had to take a back seat.

Yet we are living amid a biodiversity crisis too, and with its loss, it’s becoming apparent how much life on earth relies on keeping this natural balance.

What exactly do we mean when we talk about biodiversity?

It’s a measure of how many different forms of life live in an ecosystem - the diversity within species, between species and between ecosystems. This applies to the different genes in your body, the diverse populations of bacteria living in your gut, species of birds and plants, and variety of habitats. If there were only a few of all of these things, we'd be in trouble!

Why is biodiversity important?

Every species of animal and plant depends on the services provided by other species to survive. The more species we can save, the healthier the world will be.

These words sum up why biodiversity is so important. All species, even those living in the most remote parts of the planet, are part of a wider ecosystem, both relying on and affecting other life forms within their biome (a term for the community of life or habitat where different species live).

More species equals more resilience and an increased ability to cope with change, which in turn contributes to a healthy sustainable planet. And when we’re facing a climate emergency, anything that improves our ability to meet the challenges of climate change is vital.

How biodiverse are wetlands?

Biodiversity is not evenly distributed in the world, with habitat like rainforests being more biodiverse than polar regions due to their ability to support life. Wetlands have been called ‘biodiverse super systems’ because they support a remarkable level of biodiversity. In terms of the number and variety of species supported they are as rich as rainforests. Coral reefs and mangroves are some of the most biodiverse habitats in the world and freshwater wetlands host more species per square kilometre than land or oceans including one third of all vertebrate species.

Covering approximately 1% of the earth’s surface, rivers, lakes and freshwater wetlands are home to 10% of all species and more described fish species than in all the world’s oceans.

Birds and mammals might not live directly in the wetlands, but they depend on freshwater wetlands for food or reproduction. The Severn Estuary is one such globally important site for nature and is considered to be one of the UK’s great natural wonders. Sir Peter Scott called it the Serengeti of the UK and it’s a fantastic showcase for the wonderful diversity of wetlands and the sheer amount of wildlife they can support.

Wetlands also provide spawning grounds for fish in coastal areas, and ideal conditions for other species like dragonflies and amphibians. Since the transformation of WWT Steart from low lying fields into saltmarsh, 19 species of dragon and damselfly have been recorded in total, as site manager Alys Laver explains.

One of the reasons we created Steart was to form new habitats that could sustain wetland wildlife. So to hear that some of the rarest UK species of dragonfly have been discovered at our freshwater pools is fantastic news.

Why are wetlands so biodiverse?

You find wetlands where land meets water. It’s this combination of aquatic and terrestrial conditions that make these ‘wet-lands’ some of the most complex ecosystems in the world. The differing amounts of water present create a rich mosaic of different and often changeable habitats. As a result, there is a high diversity of species that have adapted to these habitats, with all major groups of plants and animals present.

Why should everyone care about wetland biodiversity?

The air you breathe, the water you drink and the food we all eat, ultimately rely on biodiversity in wetlands.

Biodiversity also provides us with other, less obvious benefits. Biodiverse wetlands like mangroves provide valuable protection from cyclones and tsunamis for those living on coasts. Reed plants, sediment and bacteria that hang around the rhizomes in very shallow water all work together to provide brilliant natural water filtering. Beavers are ecosystem engineers that create dams, helping to slow the flow of water across the land and protect us from flash floods.

Rainforests have long been viewed as the ‘lungs of the planet’ storing up carbon, but put together peatlands and coastal wetlands such as mangroves, saltmarshes and seagrass beds, store more carbon than all of the world’s forests combined.

Biodiversity also plays a role in maintaining human and animal health. A wide variety of plants, animals and fungi are used in medicines, essential vitamins and painkillers and many are yet to be discovered. And by protecting biodiversity, we’re more likely to be able to find crops that will help us cope with the challenge of our changing climate from drought to salty soils.

There’s also an interesting school of thought that humans are innately attracted to nature and its rich diversity of shapes, colours and life. The term ‘biophilia’ is used to describe this passionate love of life and of all that is alive.

In many ways biodiversity can be considered as the ‘library of life’ as it represents the knowledge learned by species evolving over millions of years about how to survive through the vastly varying environmental conditions that our planet has experienced.

But with biodiversity in freefall, the question now being asked is how much biodiversity can the planet lose without prompting widespread ecological collapse?

Ecosystems, species, wild populations, local varieties and breeds of domesticated plants and animals are shrinking, deteriorating or vanishing. The essential, interconnected web of life on Earth is getting smaller and increasingly frayed.

It’s a scary situation, but there is hope (otherwise conservation organisations might just give up!) Find out more about the solutions that governmental decision makers, NGOs and individuals can help make happen to preserve our biodiverse world. 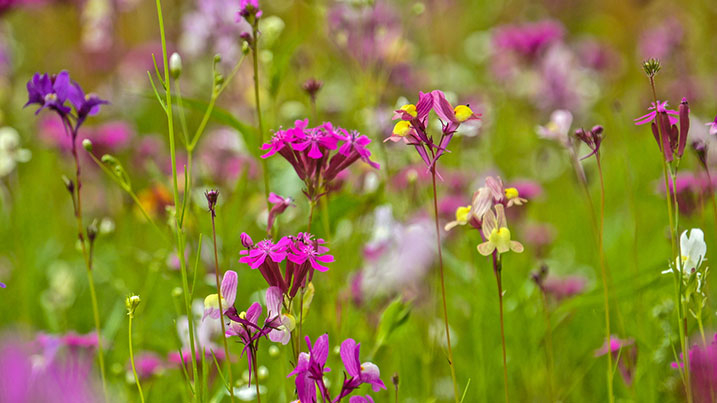 And read more about how dedicated WWT employees at Steart are overseeing the incredible increase in biodiversity this reserve has seen since its establishment, and some of the solutions to freshwater biodiversity loss that some of the most respected figures in the sector have come up with. 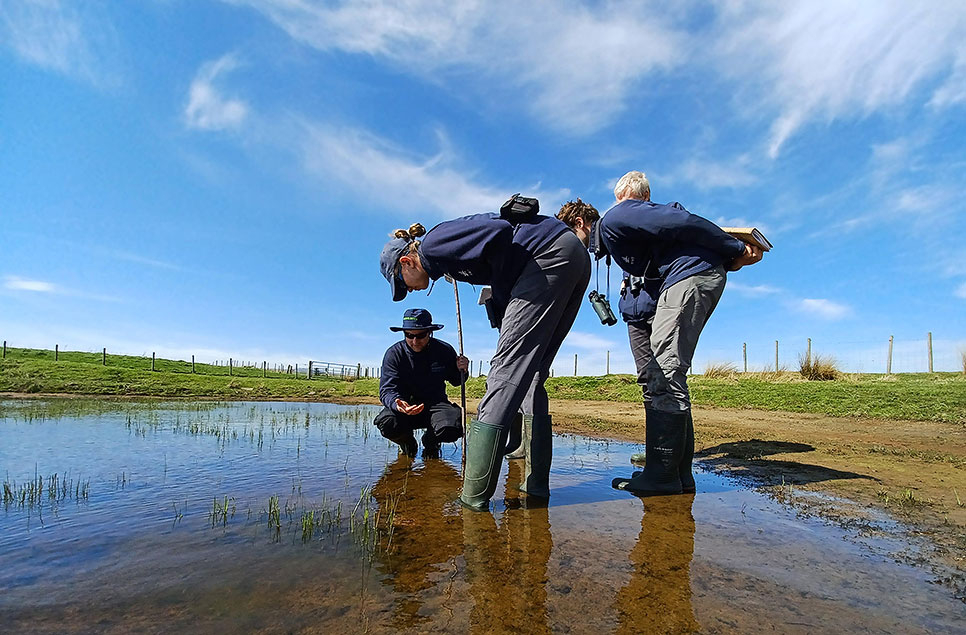 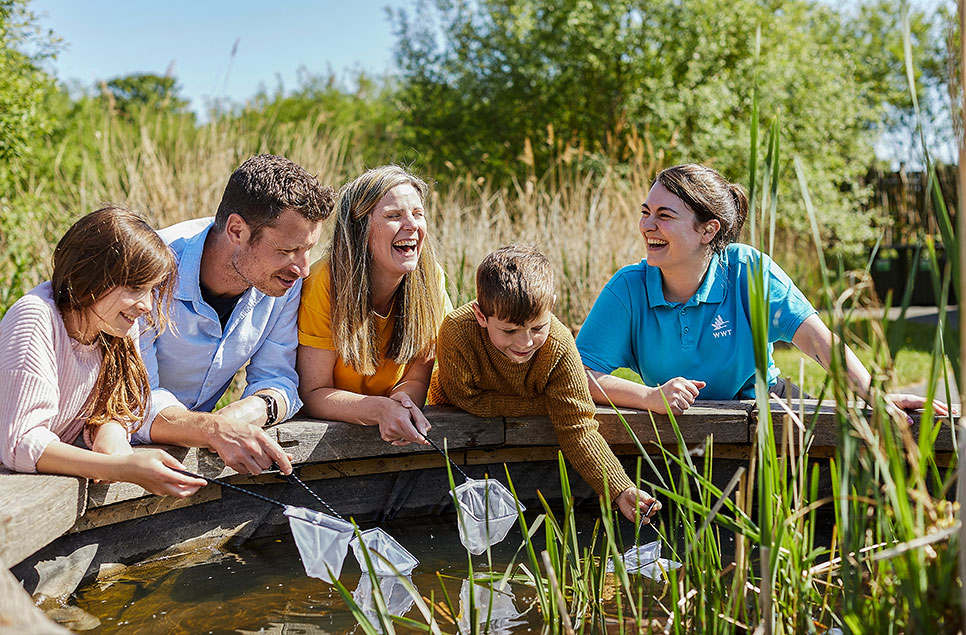 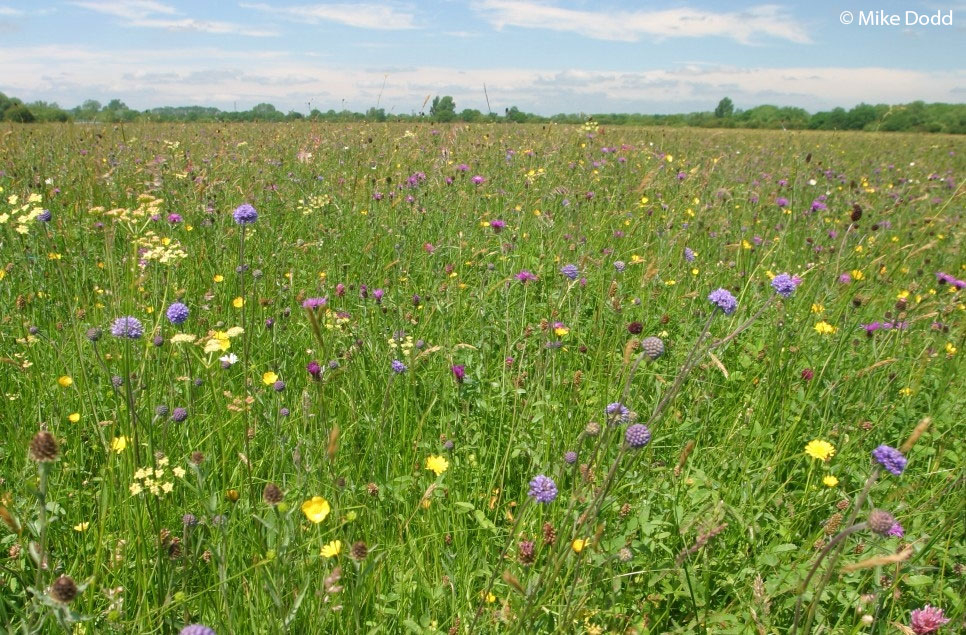