The Madagascar pochard was once believed to be extinct. It was rediscovered in a remote lake in Madagascar in 2006 and thanks to conservation efforts and community involvement the species has been released back into the wild.

The ducks themselves are sleek and brown, with soft wet eyes and an adorable waddle. Males exhibit a crisp white eye in the first year and a burnished bronze hue to their feathers, where females retain the juvenile brown eye and a biscuit coloured breast.

Their legs are set towards the rear of their bodies, as with all diving ducks, to aid their ducking and diving. Birds retain a sullen posture at rest, but can stretch their necks and fluff up their feathers when in a state of alert, distress, or display. When interacting with one another they can prove to be very charming indeed!

Discovery of what we thought was an extinct species

A few dozen Madagascar pochard were rediscovered in 2006 by the Peregrine fund. Lake Matsaborimena this volcanic crater lake proved to the last quiet and hugely unsuitable refuge for an entire species. The following year, more surveys were conducted to see whether there were any more to be found. After what felt like forever, it was observed that no; these really were the only ones.

Ducklings reared in a hotel bathroom

3 clutches of eggs were carefully taken from the wild, incubated, hatched and transported to a safe place. It was in a hotel bathroom where the experts tended to and reared the ducklings. Conservation efforts can be prove to be a hugely detailed and convoluted process, but in some circumstances, you simply have to act! 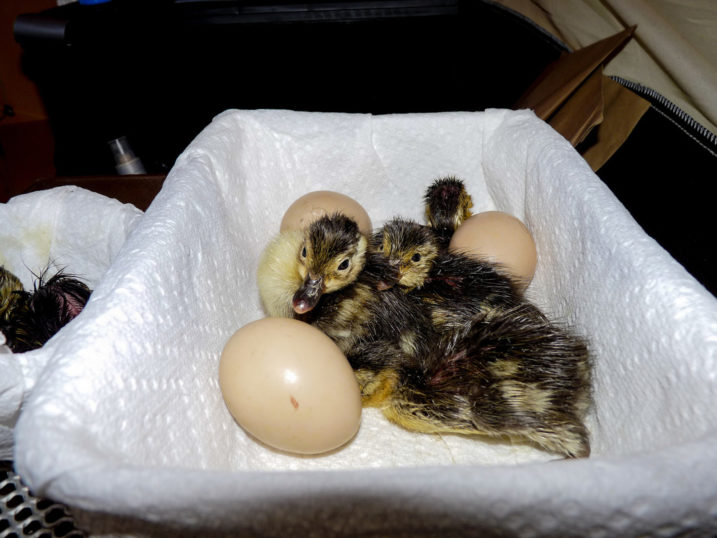 For over a year, the ducks were housed in a Durrell turtle rearing compound; safe and secure but not in a position to breed. After acquiring land and building a facility in the north following funding from the Darwin initiative, the future of the Madagascar pochard seemed bright!

Since 2012 the Madagascar pochard has been breeding successfully within their purpose-built compound. Here, various stakeholders have visited the ducks, and Malagasy teams have been trained in their rearing and care. The ducks were so successful at rearing, that in 2016 it was already time to act.

Reintroduction to Lake Sofia in 2018

Lake Sofia was identified as their final destination, and a plan emerged. And so, a decade after their first collection, in 2018 the Madagascar pochard have been returned to the wild for the first time.

Every good aviculturist knows what risks these birds face, and we hope that the wealth of knowledge gleaned from caring for them in captivity will go towards making this a success. Hopefully this small, brown diving duck can be safe once more.

During 2010 and 2011, I was lucky enough to head to Madagascar to support the Madagascar pochard project whilst it was in its infancy. We supported the conservation team by tending to the birds and looking to their future.

Life is different in Madagascar. You share your space with anything small enough to get into it; both creepy and crawly. The pochard compound where we housed and cared for the birds contained caterpillars that looked like something out of your wildest imagination, and butterflies like saucers.

Lemurs of 3-4 species passed by daily, at different times according to their patrols. With all this going on, it was more than novel to remember that you were looking at over 50% of the world population of a species of duck. What a weight!

Find out more about the Madagascar pochard reintroduction project.