Peer-reviewed research, coming from a joint British Association for Shooting and Conservation (BASC) and Wildfowl & Wetlands Trust (WWT) survey, has found the wildfowl disease sarcocystosis is both more prevalent and more widely distributed than previously thought.

Sarcocystosis, otherwise known as ‘rice breast’ because of how the disease appears in the breast of the birds, is a parasitic disease that infects the muscle of wildfowl and can cause weakness, potentially impacting survival rates and reproductive success. Prevalence of the disease was recorded in several ways including surveys of wildfowlers who recorded the disease impacting ten different species, with mallard, wigeon and teal seemingly being the most affected.

Based on samples also provided by shooters, the authors were able to confirm that the disease was the parasite Sarcocystis rileyi. This parasite is relatively common in America where it passes between skunks and ducks. In Europe the assumption is that foxes and introduced raccoon dogs play the host role.

Dr. Matt Ellis, Head of Science at BASC and co-author of the paper, said:

“This vital piece of work highlights an emerging issue to European wildfowl. As little is known of the health and fitness impacts of wildfowl who contract this parasite, this paper provides a useful baseline for further research. We urge wildfowlers and shooters to continue to be alert to sightings of rice breast, without knowing the full range of the disease it is difficult to measure the impact it is having on our wildfowl populations.”

“Understanding health of wild populations needs good collaborations between the eyes and ears on the ground and those of us in the laboratory. We are grateful to those who have already submitted records and encourage others finding this extraordinary looking disease to do likewise.” 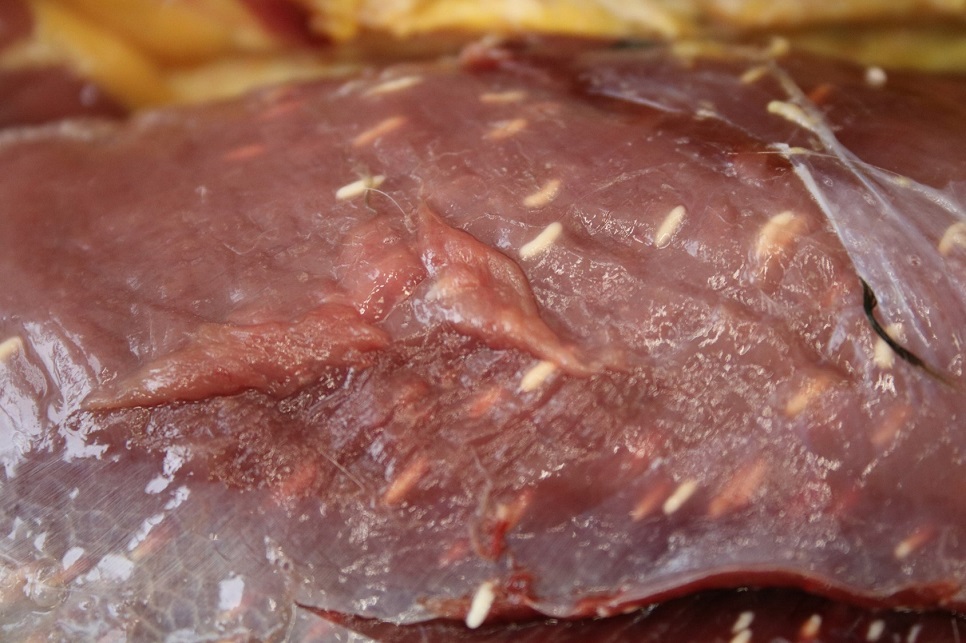 Any sightings of rice breast should be reported here: www.sarcocystissurvey.org.uk.

The paper ‘Sarcocystosis rileyi in UK free-living wildfowl (Anatidae): surveillance, histopathology and first molecular characterisation’ which represents a collaboration between BASC, WWT, Royal Veterinary College and Liverpool University, has been published in the Veterinary Record journal and is available here - https://veterinaryrecord.bmj.com/content/early/2019/10/09/vr.105638