World Wetlands Day: A countdown from Slough part one

WWT has been working with the community in Slough to restore its Salt Hill Stream. We talked to three of the volunteers who have been working hard to clean the area. They revealed to us why they want their wetlands back and how the project has awarded them with new friendships and fresh perspectives. Today, Daniel shares his thoughts. 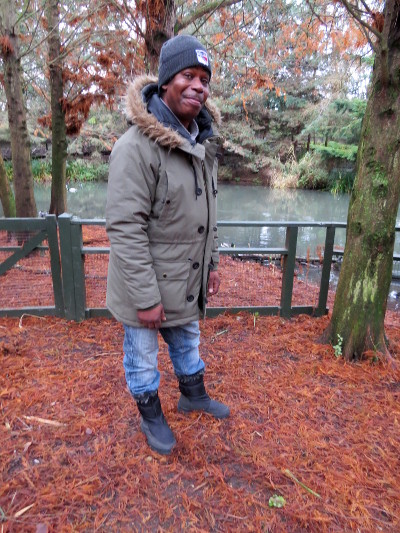 I was in the park one day and noticed a guy with a net fishing for dead fish and he asked me if I’d be interested in helping out. There was a lot of pollution in the stream so I told him I wouldn’t mind having a go. In September 2014, I went to the first launch. They had this vehicle with different types of aquariums containing different types of fish, invertebrates and insects that they were planning to introduce back into the Salt Hill Stream. It seemed like a really good thing to do and since then I’ve been hooked.

I’ve been out of work for some time so I thought I needed to do something that had nothing to do with signing on. I thought it would be a good thing to do off my own back. It was an outlet for me to do something independent. It’s empowering. I can come and go. I’m not told to come in and clock off.

I wanted to broaden my horizons and meet new people and learn from other people’s experiences. You can see something every day and not realise it’s precious. People come up and thank us for what we’re doing. It’s a great sense of reward. You can’t beat it.

Without the stream, Sloug h would be boring, dull and there would be less colour. It would be unimaginable. To have a wetlands where children can go, where people can go is invaluable. Kids find out more about wetlands and wildlife on school trips and when they’re outdoors compared to when they’re in the classroom.

When I’m going somewhere, I’d rather go through the park because it’s a friendlier place. People on the roads don’t have time to say hello, but in the park, you’re in a different time zone. You can hear the songbirds, the water running. I can always gather my thoughts. It’s pleasing on the eye and ear.