As bird-mad as we are at WWT, it’s not all about our feathered friends. Wetlands make the perfect home for a wide range of species including a number of marvellous mammals and our centres and reserves wouldn’t be the same without them.

Otters, water voles, beavers and some bats are all wetland specialists, plus harvest mice, stoats, hares and cattle can be seen thriving on our wetland reserves. And in wetlands around the world live rarely seen mammals you might never have heard of. 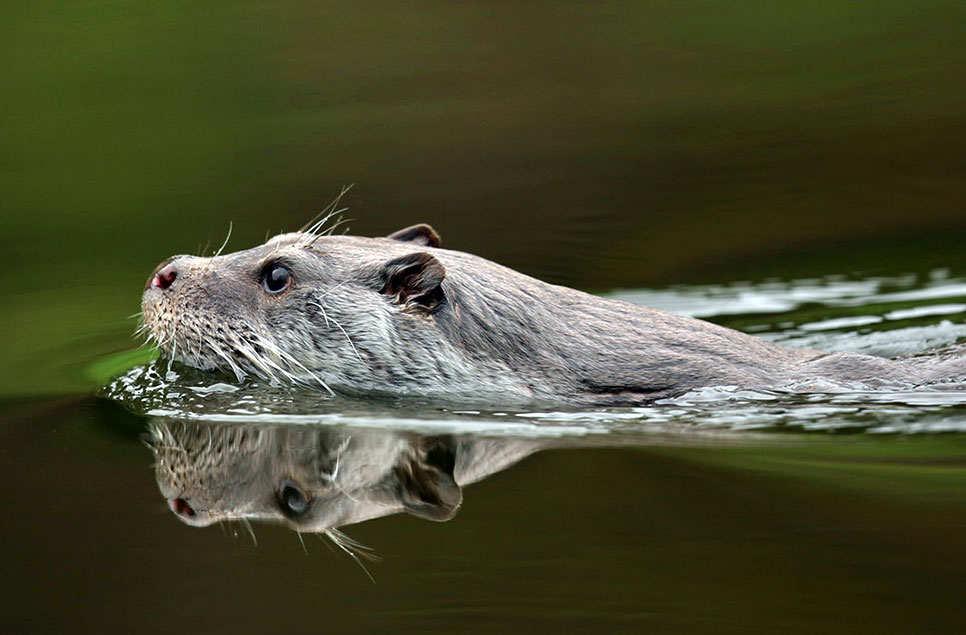 Otters are as cute as they are charismatic and thankfully due to conservation efforts up and down the country, the Eurasian otter has returned to every county in England, as well as Scotland, Ireland and Wales.

Otters are great fun and hugely entertaining to watch play. WWT Slimbridge is home to a fascinating family of North American river otters. They can often be spotted tucking into fish, frolicking in the water, sunbathing or sleeping in their den, and are invaluable for connecting people to the wetland environment.

You’ll also find Asian short-clawed otters at Washington, Martin Mere and London.They are part of an international specialist breeding programme set up to protect the species if it becomes endangered in the wild. It’s currently classed as “vulnerable” and its numbers continue to decrease, mainly due to loss of wetland habitat.

Across our wetland reserves, we are helping Eurasian otters to re-establish themselves in the UK after poor water quality led to huge declines in the late 20th century. We’ve already attracted them to Llanelli, Steart Marshes, Washington, Slimbridge and Martin Mere. Let’s hope we continue to attract more!

Made famous by Ratty from Wind and the Willows, it’s rare to catch a glimpse of the elusive water vole in the wild.

The poor water vole was virtually wiped out by a catastrophic mix of wetland loss and the escape of predator American mink into the countryside. They are now unknown in some areas of the country where they have never returned.

What we’re doing to help

Thankfully, water voles are thriving at several of our wetland reserves, including Llanelli, Martin Mere, Slimbridge and Welney. At WWT Arundel and London, we introduced new populations to give them a kickstart and they have been incredibly successful. Now WWT Arundel is widely recognised as possibly the best place in England to catch a sighting.

The sheer number of voles living on some of our reserves gives us and others a fantastic opportunity to study their behaviour and ecology. Studies at WWT Arundel, looking into the genetic links between populations is starting to reveal how water voles might repopulate the countryside one day.

The beaver is the world’s second largest rodent after the capybara of South America, with a distinct paddle-shaped tail, large incisors and small ears. Beavers were once native to the UK and played an important part in our landscape. By the 16th century they had been hunted to extinction for their meat and fur. With the loss of the beavers came the loss of their engineering skills. Beavers are often referred to as ecosystem engineers, the changes they make to their habitats have a huge impact.

Beavers are at threat from water pollution and intensive farming, and were extinct in the UK until some were released in Devon, either accidentally or on purpose. They have now been given leave to stay by Natural England, as they’re not an invasive species and were cleared for disease. In 2019 beavers became a protected species in Scotland.

The majestic fishing cat of Sri Lanka is one of the country’s four species of wildcat and characterised by a mix of dark stripes and spots on its head, face and body. The double coat of fur is water resistant allowing this master of the wetland to dive for fish and their long claws function as fishing hooks that they use to swipe their catch.

Unfortunately, these remarkable creatures are listed as Endangered. A deadly blend of pollution and loss of habitat has contributed to a worrying fall in populations.

When it came to plotting a course for the future development of Colombo, WWT was called upon to assess the benefits of the wetlands which cover 15% of the city before the bulldozers were brought in. The advantages were huge.

WWT’s research showed that wetlands can lower the temperature by up to 10C in the summer by sucking up heat which is otherwise reflected back by hard surfaces. Their wetlands also protect the city from floods and clean tens of thousands of tonnes of pollution from Colombo’s waterways each year and store carbon that would otherwise escape into the atmosphere.

Thanks to WWT’s advice, the Sri Lankan government can now weigh up these benefits when making decisions about developing Colombo and what will be built where.

You can spot many types of bat in healthy wetlands, as they take the opportunity to feed on the abundance of aquatic insects available. However, the bat that has really adapted their lifestyle to wetlands is the Daubenton’s bat. These excellent hunters have adapted to catch aquatic insects by trawling across the surface with their feet and literally scooping them up as they go.

You can see bats at many WWT centres, and WWT London even has a bat house to give these furry flyers a home. Find out more about how to see bats in the UK. 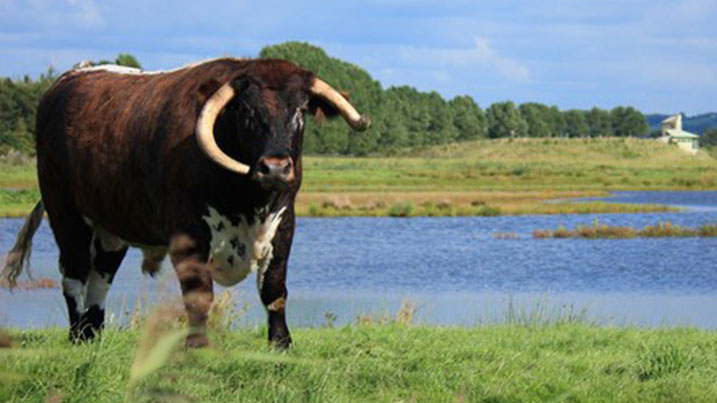 A longhorn cow grazes on a saltmarsh

Cows are our four-legged lawnmowers, grazing excess vegetation on our reserves so that our land is kept in check.

One of our favourite types of cows are longhorns - one of the oldest British breeds. Though they are a domestic species, they’re hardy cows that have a long association with wetlands, as they feed on marsh and scrub and they famously thrive on harsh terrain.

Our cattle take out more dominant species like long grass to let less dominant plants come through. They disturb the soil with their hooves, allowing the plants to come up through the reed bank. Invertebrates live in the cow dung and birds eat the insects that surface from the ground. They’ll even rest in the grooves our cows make with their hooves.

Our cow friends are an unbelieva-bull asset to our wetlands!

If all this has left you wanting to see one of our resident UK wetland mammals for yourself, why not find out what you could see at your nearest wetland reserve?