Raptors on the Reserve

Autumn and winter are a great time to see raptors on the reserve.

At the moment our visitors are getting great views of merlins. Merlins migrate here in winter from their breeding grounds in Iceland, increasing the numbers at this time of year. They spend the summer on their breeding grounds in the uplands and spend the winter in lowland areas, such as coastal wetlands like Caerlaverock! Britain’s smallest raptors, they chase passerines and other small birds at high speeds. They even work together in pairs, to catch their prey.

Kestrels look similar to merlins, but they hover in the air when hunting and this distinctive behaviour distinguishes them from any other species. They are usually seen over areas of long grass, where field voles tend to live. Kestrels can see ultraviolet light which helps them spot urine trails left by voles.Their eyesight is sharp, and they can see small mammals and insects from a distance. 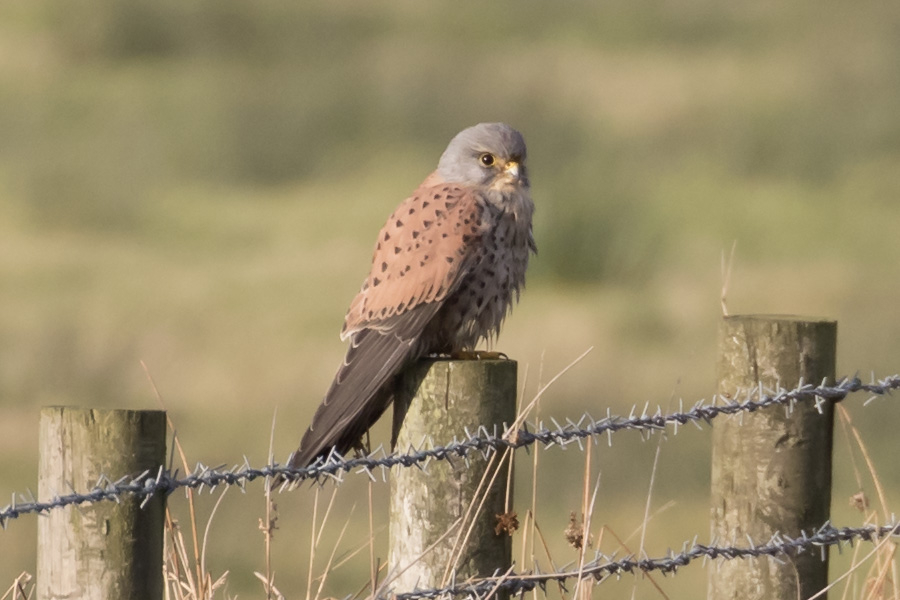 Sparrowhawks are regularly seen around the centre. They are often seen flying down the avenues, swooping over hedges and walls to surprise small birds, or flying though areas where we have bird feeders.Sometimes they are come across on the ground, as they are feeding on a recent catch, perhaps of a pigeon.The bigger female birds are brown and the smaller males are greyer in colour.

The buzzard is seen frequently out on the merse, sat on fence posts. They eat mammals and birds, but can also take earthworms and insects, so they are generalist feeders. They are widespread and common, and a lovely sight as they fly over the merse. They occasionally hover, facing into the wind, but flap infrequently rather than rapidly like kestrels.

The hen harrier is a regular sight during the winter. Drawn to lowland and wetland areas in winter, from their upland breeding grounds, they patrol low over the ground, with their V-shaped wings, harrying birds such as waterfowl and passerines. The males are grey in colour but the females and juvenile males are brown with an unmistakable white 'ring' at the top of the tail. These birds are therefore called ‘ringtails’. 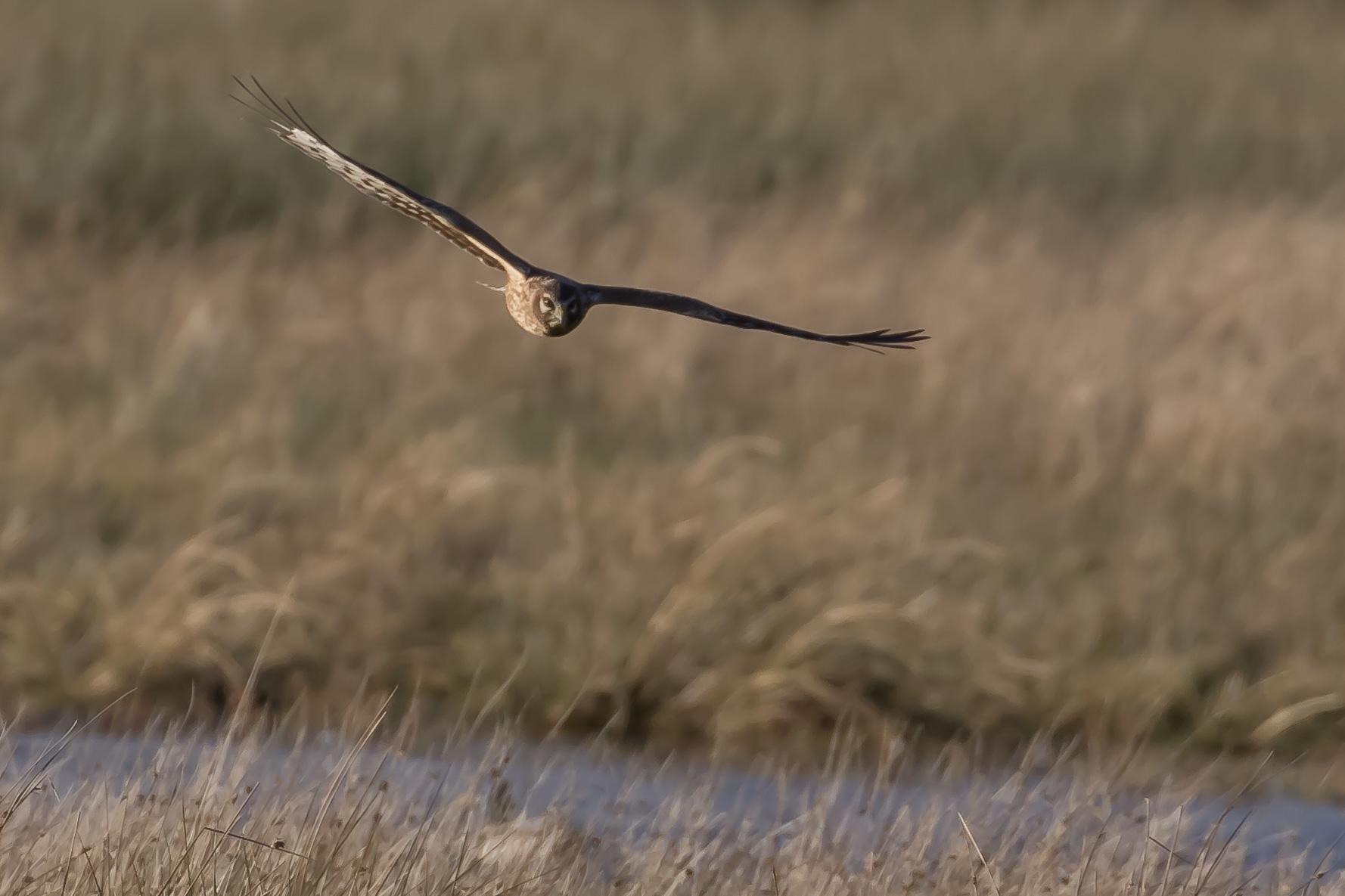 The marsh harrier is a migratory bird, which spends the summer in the UK. In recent years however they have begun to stay over winter.As hen harriers, the male and females look different but they do have a yellow stripe on their heads. They nest in reed beds and spend time hunting on the merse.

The fastest bird of prey in the world, the Peregrine Falcon, is regularly seen out on the merse where it preys on the large numbers of waterbirds wintering on the Solway mudflats.Climbing high in the sky, it drops at high speeds onto unsuspecting prey. They are often seen perching on driftwood out on the merse.

Down the tree-lined avenues around the reserve, the goshawk is occasionally seen.These secretive birds of prey are adapted to living amongst trees, flying accurately between the trees to predate birds and mammals. They can also run along the ground. Similar to a sparrowhawk, they are bigger and more grey in colour.

In spring, the ospreys return from West Africa and they stay all summer, fishing on the Solway. They are seen from the Saltot Merse Observatory, sat on driftwood eating freshly caught flounders. Or sometimes they are seen flying overhead clutching a fish! We have built a platform on the reserve in the hope that they will nest on it one day!