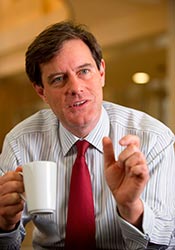 Barnaby Briggs has spent his career working on environmental and social issues within the energy sector, having worked both for NGOs and oil and gas companies. He previously held the role of Energy and Transport Policy Officer for the Royal Society for the Protection of Birds for six years during which he helped the RSPB coordinate an international biodiversity response to the Kyoto climate negotiations, and covered other policy issues around transport, including the impacts of UK and European roads on biodiversity.

At Shell, where he spent fourteen years, he contributed to projects in Alaska, Sakhalin in the Russian Far East, Brazil, South Africa and Nigeria. He ran the Social Performance Management Unit, providing policy, best practice and guidance on managing social performance as well as hands on support for companies and individual projects. He also help set up partnerships between Shell and NGOs, both internationally and locally.

He is now a consultant, working with energy and mining companies on improving their social and environmental performance. Most recently he has been working in Mozambique, helping a gas project improve its social impacts there by setting up a large-scale agriculture project (www.catalisa.com) and also creating a Community Development Fund with the full involvement of all sections of the local community.

A long-time birdwatcher and ringer, Barnaby also loves observing the hundreds of moths in his garden as well as exploring the outdoors. He’s been visiting Slimbridge since he was just 14 years old. 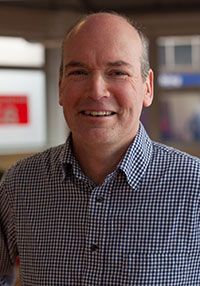 Martin is currently Chief Operating Officer Christian Aid, one of the UK’s leading international NGOs delivering humanitarian relief and development programmes in some 40 countries with some 600 partner organisations. Prior to joining Christian Aid, Martin worked with ActionAid and also with Prudential.

Martin graduated in Zoology from the University of Bristol in 1986 before pursuing an accountancy qualification, a Masters in Business Administration and then a career in the voluntary sector. He has previously served as a trustee on the boards of Landmine Action and The Climate Movement.

Martin is married with three children, based in the south-east of England, has travelled extensively and is a lifelong birder.

Andrew is Director of Operations and Consultancy for the National Trust, responsible for a team of about 1500 staff and 10000 volunteers, who look after beautiful places for the benefit of the nation. In the Midlands this includes: great houses such as Hardwick Hall and Attingham Park: 80000 acres of land, from lowland farms to the heights of the Long Mynd and Kinder Scout: as well as back to back houses in Birmingham, a Chartists cottage, several villages, pubs, dovecotes, tithe barns and watermills

He trained as an environmental scientist and spent the first four years of his career working on international projects in some of the most polluted places in the world (China, Kazakhstan, Russia, Romania). He then worked as an environmental consultant in New Zealand for two years before returning to the UK to lead on habitat creation projects at Woodland Trust. He joined National Trust since 2009 as Head of Visitor Experience and Learning, where he led on the a number of strategic themes; the development of a family offer (natural play, 50 things to do before you are 11 ¾) and established long term partnerships with Arts Council England (Trust New Art) and Sport England. 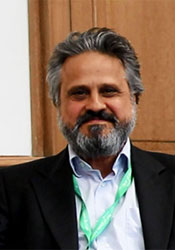 Alan is Deputy Chief Executive of Natural England, the Government's wildlife advisor. His career in nature conservation has seen him occupy a range of specialist, operational delivery and conservation strategy roles. Together these provide a respectful perspective of this country’s past conservation achievements as well as a clear vision of the changes we need to make our conservation future one that will prove as memorable.

Alan has worked in practical conservation for 25 years, following studies in Zoology and Environmental Impact Assessment. Having started at WWT Martin Mere in the early 1990ies, Alan joined English Nature, later setting up the first UK Biodiversity Programme overseeing the development of UK priority habitat and species lists and action plans. He then provided operational leadership across South East England for many years; highlights include the Thames Basin Heaths programme and designation of the South Downs National Park. Alan then overhauled Natural England’s systems for engaging with the planning system and delivering statutory advice, setting standards for case handling, securing conservation measures in the National Planning Policy Framework and introducing a range of new commercial services. Subsequently he ran England’s marine designation programme, delivering the first tranche of Marine Conservation Zones as part of establishing the Blue Belt. More recently, Alan has been the architect of Natural England’s conservation strategy, C21, which sets out ambitious plans to fundamentally change the way nature conservation is practised; working at a larger scale, securing lasting benefits, and putting people at the very heart of conservation. This strategy, and subsequent practical reforms which are derived from it, continue to drive Alan in his thinking and working ambitions.

Alan has two young sons and lives in Oxfordshire with his partner Jen and their dog. If he got the chance, he would enjoy more of any (and preferably all) of the following: village cricket, walking, skiing, racket sports, running, travel, socialising and good food. 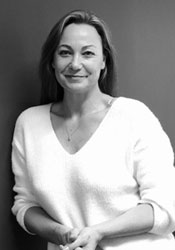 Hester is CEO (interim) of the South East Rivers Trust, an environmental charity dedicated to conserving and restoring rivers and their catchments across the South East of England. The charity runs a number of projects including NFM, species work and pollution prevention, and engages schools, partners and communities to grow impact and understanding of the issues facing our rivers.

Prior to this Hester held two strategic leadership roles in both the for-profit and not-for profit sectors. This included Foodari, a fresh food business based in rural Kent championing local provenance, and The Fawcett Society, the UK’s leading membership charity campaigning for the rights of women, where she led all income and operational teams.

Before this, Hester spent six years working for the National Trust, leading one of their highest profile visitor portfolios in London and the South-East. She was responsible for delivering a business plan that encompassed dual core purposes of conservation and supporter engagement, and commercial and project opportunities. This meant protecting beautiful and species-rich environments while delivering opportunities for access, enjoyment and inspiration. Prior to this Hester worked in business development, departmental leadership and project management for LexisNexis UK for nine years, following several years in B2B publishing.

She is proud that her first foray into charitable work was as a ‘Vole-unteer’ with WWT Barnes, helping with a project to release water voles back into the wild in 2006. She loves wild swimming, reading, travelling and spending time with her two children (three if you include the dog). 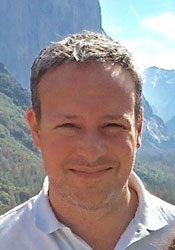 Alex has spent his career in the tourism and leisure sector as a brand marketing specialist, including seven years at Executive Board. He is currently a Global Marketing Director at the LEGO Group where he is responsible for the marketing relationship with Merlin Entertainment Group and their 8 LEGOLAND Parks and 23 LEGOLAND Discovery Centres around the world; which collectively expose some 24 million visitors to a LEGO branded experience. His role is to represent LEGOLAND’s interests into the LEGO Group and as Brand owner to articulate and evaluate the LEGO brand experience in the LEGOLAND estate. He is also responsible for joint global marketing activity between LEGO and Merlin as well as overseeing the ongoing consumer brand tracking.

Following his Master’s degree at Exeter University, he started his career in the advertising industry in 1996 working for a number of multi-disciplinary advertising and marketing agencies before joining the British Tourist Authority (VisitBritain) based first in Singapore, then Tokyo and latterly Hong Kong. He then moved to the English Tourist Board (VisitEngland) where he became Marketing Director with a team of 60 staff based both in London as well as in Europe, the US and Australasia. Having worked with the Olympic bid team for 2012 and then with the Rugby World Cup team for 2015 Alex moved to the Lawn Tennis Association as their Marketing & Communications Director. He joined the LEGO Group in 2017. 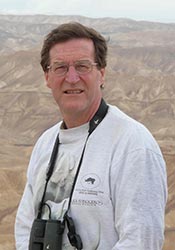 Simon is the retired executive director of the Wild Planet Trust, a charitable organisation based in the south west of the UK, which owns Paignton and Newquay zoos, and three nature reserves in Devon. He graduated in zoology from the University of Bristol in 1980 and his subsequent career included the Durrell Wildlife Conservation Trust, where he was a herpetologist, and the Zoological Society of London.His career also included two years training as an accountant, which left him sadder but much wiser. He is a past chairman of both the British and Irish Association of Zoos and Aquariums (BIAZA) and the European Association of Zoos and Aquariums (EAZA). He is a past member of the Zoological Society of London’s Zoos Advisory Committee; and Chaired the Committee for Population Management of the World Association of Zoos and Aquaria (WAZA). He sits on the board of two conservation charities in southern Africa. Simon is a serious birder and interested in all aspects of natural history and conservation.