The alternative dawn chorus: Ten quirky wetland bird calls to listen out for

It's time to sing

Across the UK our wetland birds are tuning up for their traditional spring sing off. Not all can be considered virtuosos; with their odd sounding clucks and squeaks, some can barely described as tuneful, but without doubt they all deserve a place in nature and in our hearts.

So make the most of the longer days to get outside and enjoy the sounds of an alternative dawn chorus. And to tempt you on your way, here are some of the more common birds and their calls you might hear across our wetlands. 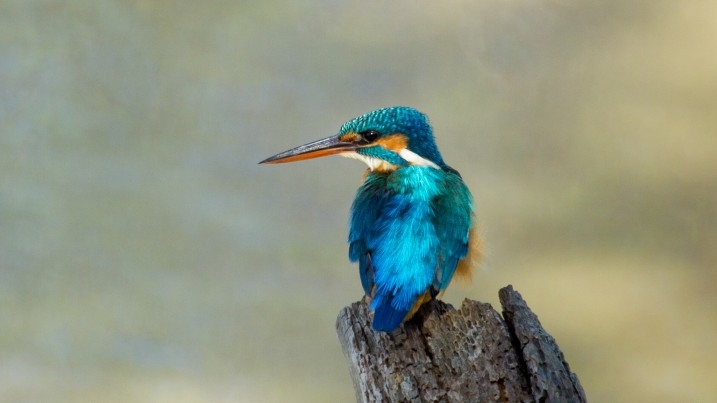 The kingfisher is one of our flashiest wetland inhabitants and who can resist their iridescent electric blue back and tail and striking orange red cheeks and underparts? But even though its colours are so dazzling, you can usually hear it before you see it. It flies very fast, normally in a fairly straight line, just a few feet above the surface of the water and as it flies it often lets out a high pitched call, a bit like the squeak of a mouse, but louder. Although it remains an amber listed species of conservation concern, the kingfisher is now returning to many once polluted rivers in our towns and cities. And although shy around humans, creating a pond full of life might be enough to entice this beautiful bird to come hunting in your back garden. 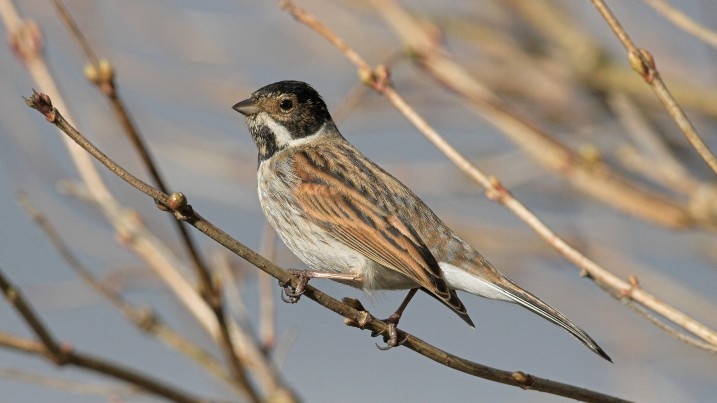 The song of the reed bunting is one of the first and most easily recognisable sounds of spring. Never found far from a wetland, the male can usually be found perched on top of a bush or reed when singing. (The female doesn’t sing). But its song doesn’t get rave reviews, being variously described as “brief and simple’ ‘monotonously repeated’ and with an “unremarkable flourish’. But if you listen carefully you might hear two different songs, each giving us clues about the fortunes of the individual male. One is slow and hesitant and sung by males who have found a partner, the other is faster with more notes and is sung by unpaired males. In recent years their population has declined by as much as 50% because of agricultural intensification. 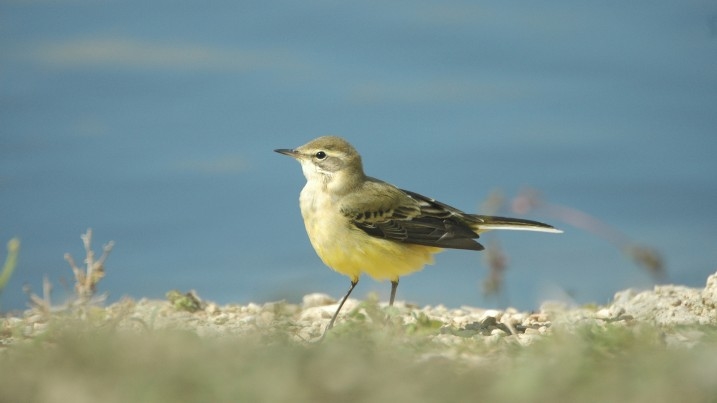 The yellow wagtail likes to hang out in low-lying damp marshes and meadows where it runs about on the ground chasing insects disturbed by the feet of livestock. It gives a thin far carrying call in flight and a loud persistent call when disturbed. When singing from a perch, its song is interspersed with more warbling notes. Its numbers are declining, putting it on the red list of birds of conservation concern. 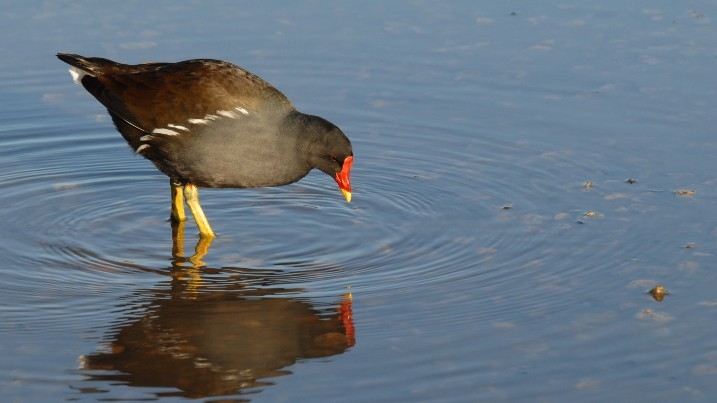 The moorhen has quite a wide repertoire of calls and tends to mix and match sounds. Rather than singing, it makes loud, abrupt, chicken like clucks, which give a sense of it being surprised. It also whinnies, cackles and yelps and its call often ends with what sounds like a laugh. Hiding out of sight on wetlands, its noises can often make you wonder what lurks out on the marshes! You’re more likely to hear them during their breeding season between April and June. 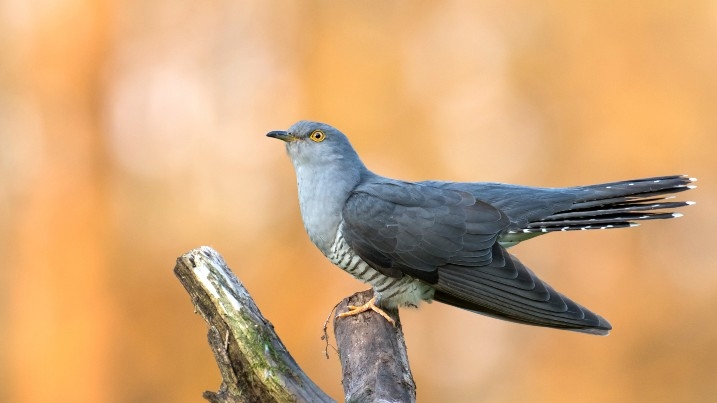 The call of the cuckoo is probably one of the most instantly recognisable sounds you can hear in a wetland, and is a sure sign that spring is on its way. But despite having such a familiar call, few people ever see this secretive bird, as it hides out in reed beds, moorlands and woodland edges. As well as their iconic call they also make a cough and the female a trill. The male sings to attract the females.

Cuckoo numbers appear to be falling due to changes in agricultural use that may be affecting the numbers of their ‘host’ birds like reed warblers, dunnock and meadow pipit. For this reason, the cuckoo is a good biodiversity indicator, as it relies on a richness of host species to survive. 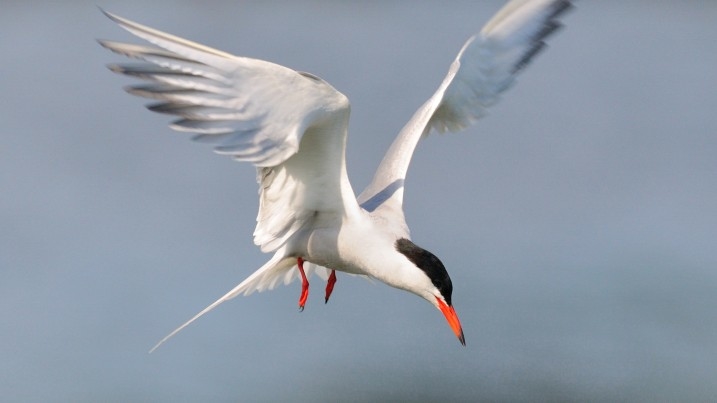 The common tern is very noisy, making a variety of ‘kip’, ‘kek’ and‘kerr’ sounds as it fishes and argues with other members of the colony. Also known as the ‘sea swallow’ for its long forked tail and aerial athletics, as they socialise and court each other in the air. These creatures are the species of tern most likely to be found inland and are more obvious during the summer months when they raise their chicks. 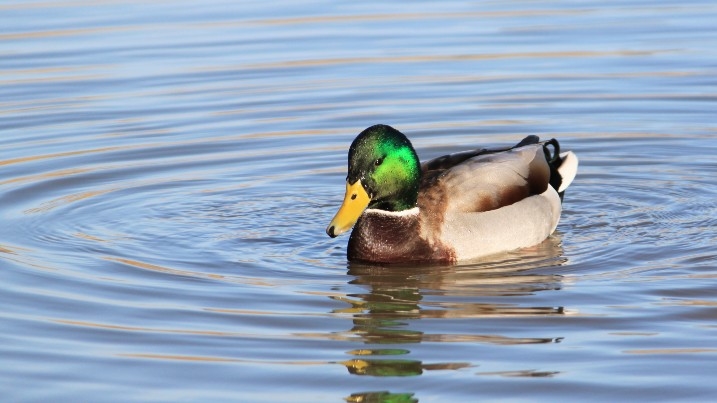 The humble mallard’s call is the ubiquitous sound of wetlands throughout the UK, but did you know that it’s only the female that quacks? Her call often comes in a long, insistent sequence, a kind of laughter without cause, as if tipsy. The call often starts louder and grows softer. Males give a feeble whistle, and sometimes make a slow rattling noise by rubbing their bill against their flight feathers as a mating display. 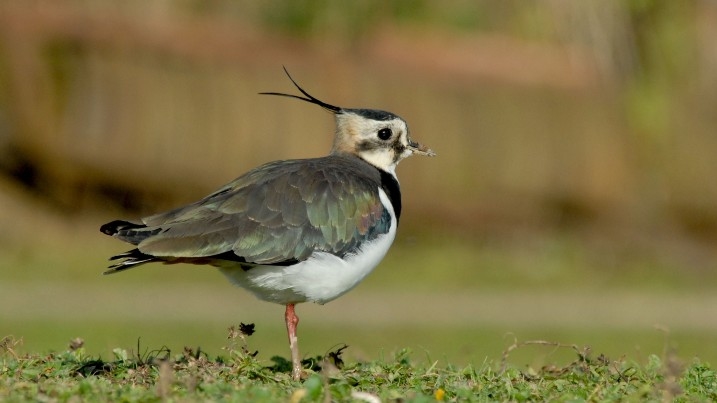 The lapwing makes one of the most gorgeous wetland calls when they flock together. Along with the curlew, it’s an iconic and somehow tragic sound of open mudflats and estuaries – a haunting ‘weoo’. Its contact call is a loud, shrill ‘pee-wit’ that gives it another of common names. In more superstitious times, its call was said to cry ‘bewitched, bewitched’ and be an omen of disaster. Now, a lapwing is a far more welcome (and less common) sight for us, as it’s suffering the same fate as many ground nesting birds like the curlew and is now also on the UK Red List due to habitat loss and predation. 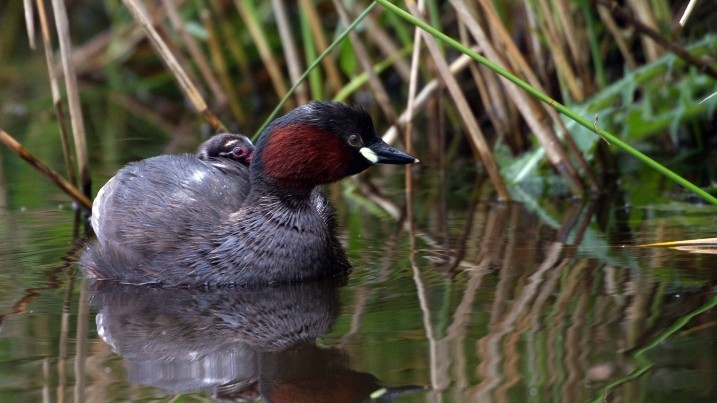 One of our most adorable wetland birds, the little grebe is a diving waterbird that makes a sound quite at odds with its appearance. You could describe it as a demented maniacal whinnying sound, as if there is a very small overexcited horse in the pond or the ditch! They prefer heavily vegetated wetlands as they build their nests from weeds, in sheltered areas. The genus name of the little grebe is from the ancient Greek meaning to ‘sink under fast’ which is very apt when you’ve seen the speed that these birds can dive for food – gone in a flash. 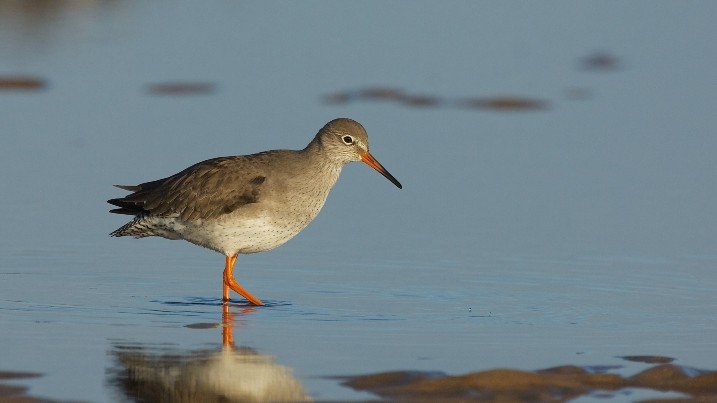 The whistler of the wetlands, the redshank is a noisy bird that makes a delightful soft piping noise when relaxed or displaying to a mate. This quickly escalates to a loud, panicky and persistently shrill whistle if you get too close and disturb it.

Redshank like to snack on insects in wet, boggy grasslands, and the loss of this habitat from farmland is contributing to a decline in numbers.

Join us and help bring bird song back to nature

The call of the curlew is one of the most instantly recognisable sounds, but when was the last time you heard a curlew call?

The curlew, like many other birds, rely on healthy habitat like wetlands to survive. And with a staggering 90% of wetlands in the UK having been lost over 400 years, it’s no wonder nature is falling silent and biodiversity is in freefall.

This is why protecting wetlands and creating new habitat is more important than ever. Unlike many other habitats that can take years to grow into healthy places where nature can flourish, wildlife-rich wetlands can be created and restored in a matter of years. And in the case of farmland ponds, these small wetland oases can make a difference and give wildlife a boost in just a matter of months.

WWT are working with farmers and landowners to help them manage their land in a way that is sympathetic to the needs of ground nesting birds, and provide healthy watery areas for aquatic insects to thrive – an integral part of the ecosystem and a vital food source for struggling species like farmland birds, bats and amphibians.

So close your eyes and imagine a watery landscape bursting with song. This is the sound of healthy wetland nature at its best and this is what we’re creating at our centres, across the UK and around the world.

Join us and help make a difference for the wildlife and landscapes we all love.