Wetlands of the World: Mekong Delta - Vietnam and Cambodia

The Mekong Delta: home to floating markets, Khmer pagodas and villages surrounded by shimmering emerald rice paddies. But this vast, seasonally flooded maze of rivers, swamps and islands is so much more than an exotic holiday destination. Its wetland ecosystems support a biological treasure trove and hold an extraordinary array of wildlife. They also provide vital livelihoods for millions of people across the region.

Boeung Prek Lapouv is one of the largest remaining remnants of seasonally inundated wet grasslands in the Lower Mekong and provides a vital lifeline for the regions’ birds, plants and other wildlife. But it’s under threat, something Saber Masoomi is only too aware of. Today’s he’s visiting the village as part of his conservation work for WWT supporting local people to protect the wetlands and live in a more productive and environmentally sustainable way.

But the country is drying out and he’s worried. He warns that unless they start looking after the wetlands, they’ll be lost and communities like Boeung Prek Lapouv will face devastation.

Culturally there is a very strong connection with nature in Cambodia, but also a very strong sense that this is their resource so they can use it. We need to remind people that we don’t have the wealth of biodiversity that we once had and if they’re not careful to protect their resources, all of them will be gone.

Boeung Prek Lapouv sits in the Mekong Delta. It’s a land of dense green rice paddies and lazy winding rivers formed where the Mekong River flows towards the South China Sea. Life moves slowly here and is surrounded by water, with many homes, farms and markets adapting to their wetland world by floating on it. Locals call this area the River of Nine Dragons, referencing the point where the Mekong splinters into nine separate branches, before spreading out into a vast labyrinth of waterways and islands in southern Cambodia and Vietnam.

The Mekong Delta contains one of the most productive and diverse river systems on Earth. Each year floods deposit nutrient-rich alluvial soils downstream, fuelling a biodiversity that’s second only to that of the Amazon Basin and supporting a wealth of globally threatened wildlife. Here you can find everything from the short-clawed otter and the Irrawaddy dolphin, to the Mekong giant catfish, a three-metre giant believed capable of reaching an almost mythical three metres in length and weighing more than 300kg.

The Mekong’s main river holds three times more fish species per unit area than the Amazon River including a giant stingray that can weigh up 13,000 pounds and a fish with vampire fangs.

It also supports the world’s largest known fish migration, plus more than 1,000 species of birds, including 70% of the world population of the sarus crane, the world’s tallest flying bird that spends its winters in the Mekong Delta. Many species are only being discovered now and according to WWF in the Greater Mekong, a new species is being discovered every two days on average, with 2,216 new species having been discovered since 1997. Many of these species are endemic and only found in the regions.

It’s this rich wetland biodiversity that provides such a vital source of goods and income for rural families. Across the region, life is inextricably linked with water. In Cambodia, 90% of the country’s poor live in rural areas where they rely entirely on healthy, functioning wetlands for their livelihoods and drinking water. These wetlands also guard against floods, help prevent droughts and store carbon, minimising the devastating impacts of climate change on the poorest communities.

But the delta is changing fast with devastating effects on people and wildlife. On the lower Mekong floodplain these vast seasonally flooded grasslands like those around Boeung Prek Lapouv are at threat of being destroyed by rapid unsustainable development. In Cambodia there’s pressure from its growing population, which now exceeds 16 million. And upstream over 70 million people in six countries are dependent upon the Mekong Basin.

As a result, around half of this great wetland’s natural habitats have been lost to agriculture and development in the past 15 years.

The grasslands of the Cambodian lower Mekong Delta are flooded for six months of the year. Farmers need to grow as much rice as possible in the remaining six months as it’s their main source of income. To do this they overuse chemicals which pollutes the water, killing fish – a vital part of the local diet and causing health problems for those reliant on wetland resources.

The regions wetlands are drying out as the hydrology changes, depriving the wetlands of water. The threats are many and varied. Expanding irrigation projects to facilitate rice growing, pollution from pesticides and fertilizers, unsustainable agricultural techniques and climate change are all having an impact.

The regions fragile river systems are also severely threatened by the growing need for energy in the region and the development of hydroelectric dams. These could cause ecosystem collapse and biodiversity loss, devastating freshwater species and the communities that rely on the rivers to live. The dams also hinder movements of migratory fish up and down the river, reduce the levels of sediments and nutrients that are the building blocks of the delta’s productivity.

Saber warns these changes are forcing many species to the brink of extinction:

Wildlife is being lost. Several declining species rely on these wetlands for survival including the magnificent sarus crane of which 58% have been lost since 2015.

Hopes for the future

But in Boeung Prek Lapouv, Saber is hopeful that positive change can be achieved. He’s helping to run a water management trial here to identify the best methods to keep it wetter for longer. He’s hoping that if he can protect the native habitats like the grasslands, fish pools and nurseries from drying up, he’ll be providing vital food for sarus cranes (which eat the grass tubers) and providing sustainable resources to support local people’s livelihoods.

Saber also works at the Anlung Pring Reserve where he’s helping to preserve the crane’s foraging habitat. He’s working with local communities to manage natural resources in a more sustainable way – for example by planting crops that use less water and don’t need pesticides. There’s also a new initiative whereby locals are using an out of control invasive species, the water hyacinth, and using it to make attractive bags that we sell in the WWT shop. 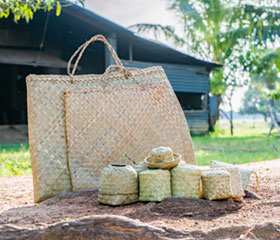 Our exclusive range of bags are made from natural materials including lepironia and water hyacinth, a problem species that is being removed from wetlands in Cambodia.

Meanwhile eco-tourism and a new visitor centre and homestay scheme is generating vital revenue by showcasing Cambodia’s cranes and other extraordinary wildlife. Something Saber says is proving very successful in bringing local people together and introducing an alternative way to make a living.

They provide eco-tour services, open their houses as homestays and also sell products to visitors. The communities also learn how important their wetland is to visitors from other countries.

There’s also an education scheme at the site and Saber is developing a programme so that children can now study conservation at school as part of a new curriculum.

It’s exciting seeing the next generation emerging. They’re proud of their country and are keen to learn. I hope they’ll be the ones to take over the work when they grow up and help the communities continue to develop. It gives me hope for the future of the country and its wetlands.

With the sarus crane as its flagship, WWT is also working with regional partners to protect more pristine remnants of this precious wetland. Saber also hopes there are growing opportunities for more organised wetland management nationally.

It’s an exciting time in Cambodia, things are moving fast politically and economically and there’s a real feeling that the next generation are ready for change. The government is keen to bring in new skills and gain knowledge, so there’s an opportunity for us to get involved. We’ve been developing a proposal for establishing Cambodia’s National Ramsar Committee, which will help develop wetland policies.

There has been some success in the region. In March 2020 the Cambodian government abandoned plans to build a new hydropower dam and put a ten-year moratorium on any new dams on the Mekong.

But perhaps the final words should go to Saber...

I really enjoy the work I do with the communities. It’s one of the best parts of my job. I am hopeful that it is not too late for Cambodia’s wetlands.

Find out more about WWT’s work in Cambodia.

WWT is also backing an Emergency Recovery Plan that sets out the steps needed to halt the catastrophic collapse in the world’s freshwater biodiversity in wetlands like the Mekong Delta. One of its key demands is allowing rivers to flow more naturally. Free flowing rivers are vital for humans and the environment alike. But dams and reservoirs are the leading contributors to connectivity loss in global rivers and freshwater ecosystems. 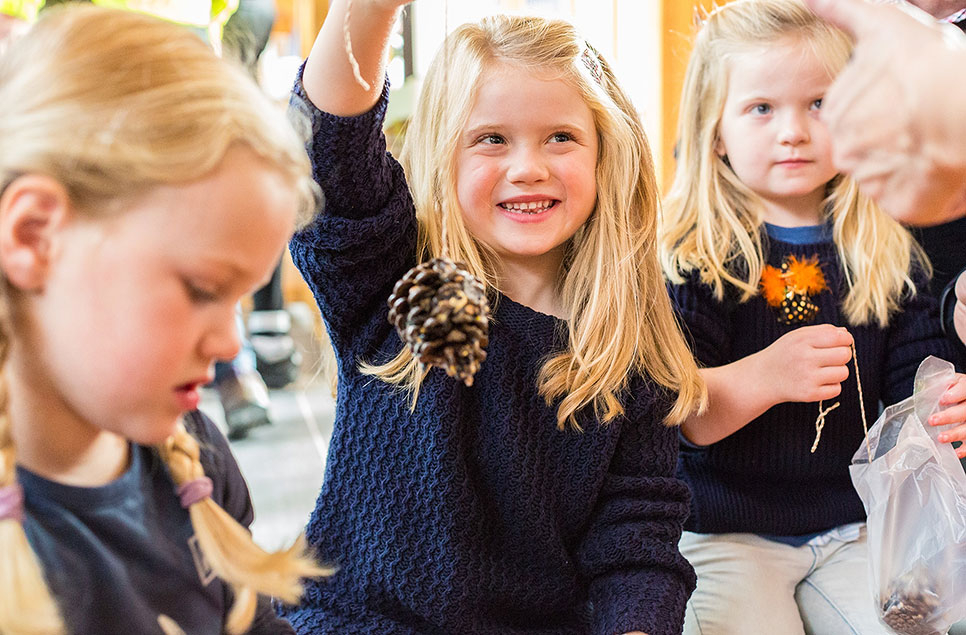 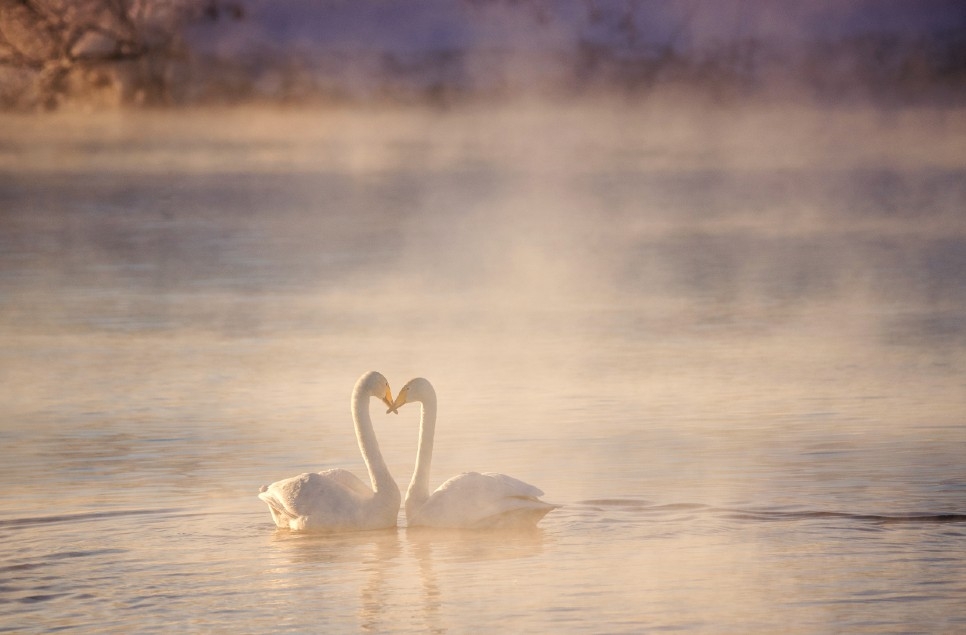 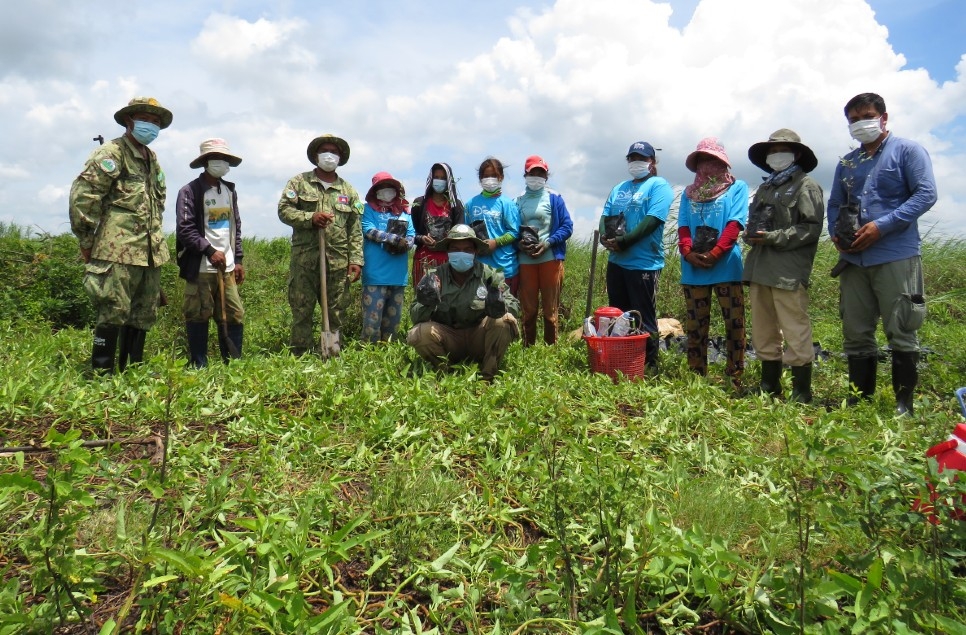