Which wetland birds migrate to the UK in spring?

Every year as spring advances, the sound of tweeting, chirruping and melodious calls overhead grow louder as the biodiversity of the UK’s bird life increases. This is mainly due to birds from hotter climates escaping the scorching weather to breed or pass through the lush, vegetated wetlands of the UK.

Wetlands are invaluable to migrating birds, whether as safe breeding grounds or 'service stations' on the way to somewhere else, and there’s a huge range of bird life that take advantage of all the benefits our UK wetlands offer. Here are just a few intrepid world travellers that you might encounter flying over up and down the country.

Ospreys start to arrive back in the UK from late March onwards. Male ospreys get here first and start to set up their breeding territory, near lakes where they can catch a supply of fish to eat, while waiting for a female to arrive. In late August females start the return migration, followed by males and then the young. After crossing the English Channel, they travel down through France and Spain into North Africa. Some follow the West African coastline, while others actually cross the scorching and arid Sahara desert.

Most of our ospreys spend the winter in West African countries such as Senegal, though ospreys from Eastern Europe may travel as far as South Africa. Ospreys travel by day, because they need to use warm thermals to gain height over land - a process called thermal soaring. They migrate more slowly than many birds, stopping at favourite wetland feeding sites along the way – sometimes for a week or so. Each bird travels alone and follows its own route. They travel an average distance of 6,700 km at a rate of roughly 260 km per day, taking an average of 45 days to complete their journeys.

Cuckoos are fascinating birds, arriving back to the UK in late April with the aim of parasitising other birds' nests! They migrate mainly at night, and often at high altitude, between three and five kilometres above the ground, perhaps to find strong following winds to help them on their way.

Because cuckoos have nothing to do with raising their young, adult cuckoos are among the earliest of our summer visitors to leave. Most leave the UK during June to winter in the forests of Congo. Young cuckoos leave later, when they are fully fledged. Most English cuckoos go southwest through Spain. Scottish and Welsh cuckoos take a different route, flying south-east through Italy. They too cross the Sahara in one 50-60 hour continuous flight - a distance of around 3,000 hot and inhospitable miles.

A summer visitor, the willow warbler can be seen in woodland, parks and gardens across the UK. It arrives here in April and leaves for southern Africa in September. Willow warblers are migratory birds, breeding in Europe and migrating to southern Africa for the winter. Each year it flies all the way to the UK from Africa, travelling more than 8,000 kilometres (5,000 miles) across seas, mountains and desert to arrive in time for spring. As if that's not enough, in autumn it flies all the way back again.

The arctic tern, also known by the attractive nickname 'sea swallow' due to its forked tail, migrates further than any other species in the world - it makes a round trip of around 35,000km a year! It can be seen in the UK on the north and west coasts of Scotland and Ireland, as well as the Farne Islands and north Norfolk.

The arctic tern leaves its breeding grounds between July and early October and migrates along the coasts of north-west Europe and Africa, eventually reaching the Antarctic between October and December. It returns to its breeding grounds by May or June. You may see some inland in Britain or Ireland during migration. By moving continually between the Arctic summer and the Antarctic summer, the Arctic tern sees more daylight than other animal on Earth.

A few of these small, coal-feathered diving sea ducks overwinter in the ice-free waters near where they breed but the rest migrate here. Birdwatchers in spring (who know what they're looking for) report hearing them fly overhead at night, calling as they go. In April 2020 a huge movement of birds was picked up by many of these birders stuck at home with sound recording equipment - so many that 'common scoter' was briefly trending on Twitter!

As autumn draws in, they leave their breeding grounds and gather to moult in large flocks. They return to the same sites year after year, usually quiet, shallow inland water lochs in Scotland and Ireland. Some of the ducks stay in the moulting grounds all winter, others head further south or west. The common scoter gathers in flocks of several hundred or even thousands in winter, mostly feeding far out to sea. The breeding population of common scoter has been in decline for many years, and WWT's research is still ongoing as to why.

The yellow wagtail is a summer visitor. It arrives in the UK from early April and spends its time breeding on wet pastures and upland hay meadows, before leaving our shores to fly south to winter in West Africa. Since the 1980s its population has seen a rapid decline with its breeding population dropping nearly 75% between 1967 and 2013. Not to be confused with the grey wagtail, also a lover of watery places, and also quite a bit yellow.

The sand martin is a common visitor to the UK over the summer month and is one of the first to appear, arriving from mid-March onwards, although latecomers are still turning up in June. They are very sociable birds and their colonies, excavated in sandy burrows in vertical banks, can extend up to 100 pairs. They depart for their African wintering grounds in the Sahel, south of the Sahara desert, from late July through to September, migrating nearly 5,000km over mountains, plains, wetlands, deserts, seas and cities.

The Sedge warbler spends its summers in our reed beds, where post-breeding it feasts on its superfood of choice, an ultra-sugary invertebrate called the plum-reed aphid. Once fuelled up, it flies south at the end of the summer, crossing the Sahara desert, to its African wintering grounds, often in a single or a few spurts. Weighing only 13g it sometimes flies continuously for nearly 3,000 km. It can be found in Senegal in the west, to Ethiopia in the east and as far south as South Africa and Namibia in the north. It’s threatened by the loss of the wetlands it uses for feeding during migration and the expansion of the Sahara desert.

While the sedge warbler may fly a marathon to reach its wintering grounds, the laconic reed warbler has a slower migration strategy, fattening up at many stages as it moves south to sub-Saharan Africa at leisure. It arrives back in the UK from mid-April onwards to breed, with the largest concentrations in the lowland wetlands of East Anglia and along the south coast where it can be found almost exclusively in reedbeds.

The hobby is Britain’s only falcon that spends its winter months south of the Sahara desert. The entire British breeding population migrates south to tropical Africa in winter. Spring arrivals back in the UK peak between mid-April and mid-May, and the agile hobby can be seen on its way catching insects like dragonflies in mid-air! Most birds of prey rely on thermal soaring to cross the sea, which creates bottlenecks at places like the Straits of Messina. Because they have smaller wings than many birds of prey, hobbies don’t need to use thermals to make sea crossings. As a result they migrate across a much broader front and relatively small numbers are observed at key migration bottlenecks.

Despite global lockdown, thousands of birds continue to arrive here everyday after their long migrations – perhaps a less perilous undertaking than usual with no planes in the sky and fewer people out and about. Many of us are noticing more wildlife, from deer in local parks to groups of rabbits out playing in the sunshine. We’re hearing more birdsong too. Perhaps it’s no longer being drowned out by traffic, or are we simply paying more attention?

We create and maintain thousands of hectares of wetland habitat at our nature reserves, to support and protect biodiversity like the hundreds of thousands of migratory birds that visit every year. 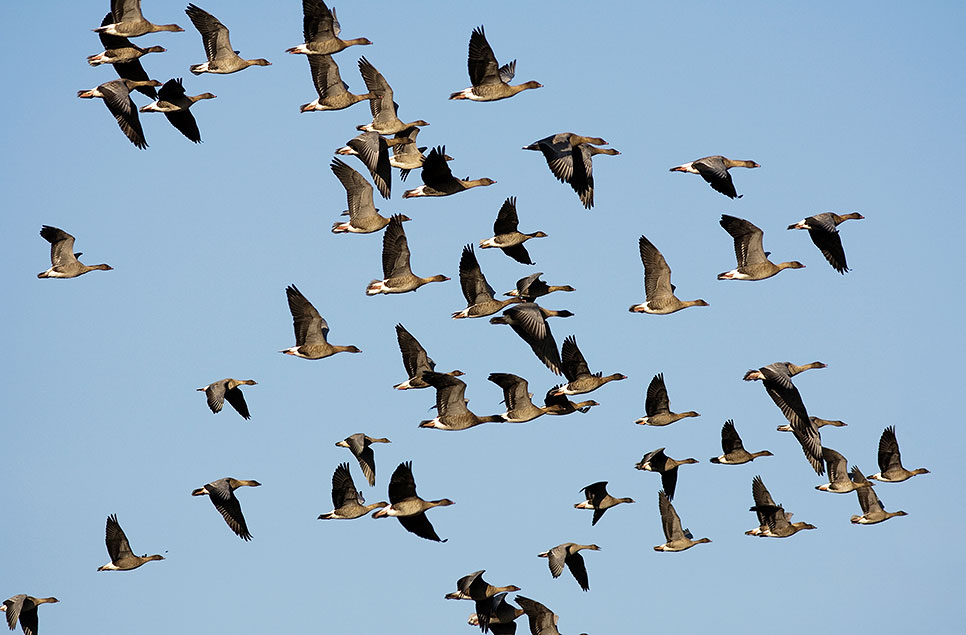 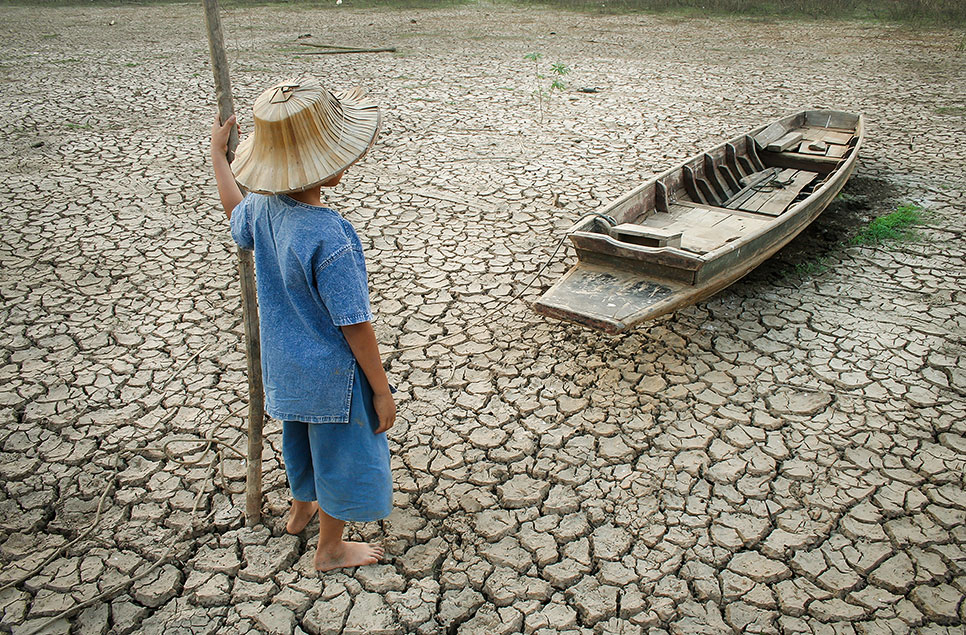 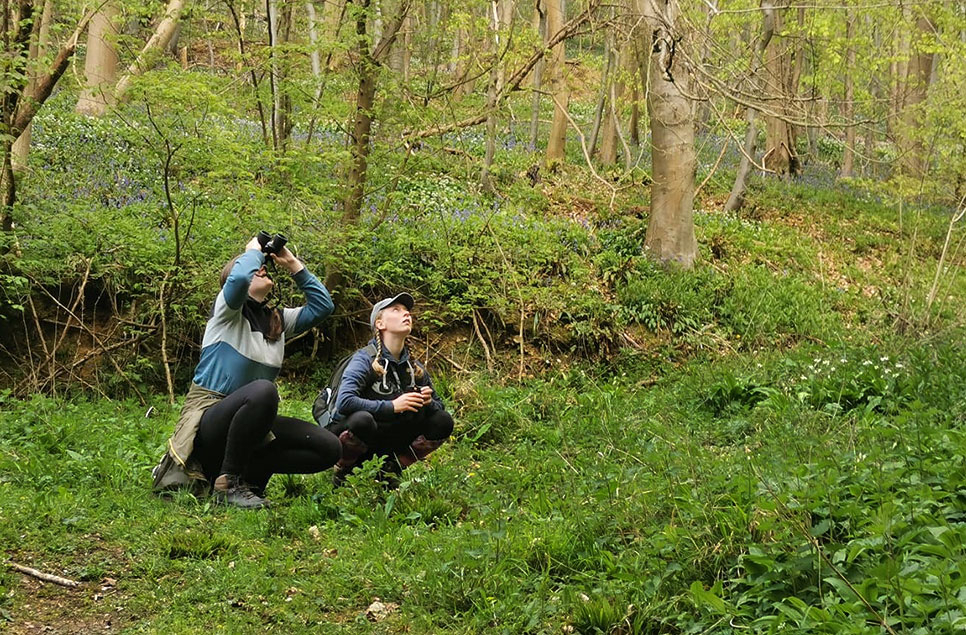