Coronavirus: We have made the difficult decision to close all of our wetland centres. Please see our latest statement here.

Brexit could be both bad and good for the UK’s natural water resources, WWT has told a Committee of MPs.

WWT was giving evidence to a Parliamentary inquiry into regulation of the water industry, as chair and spokesgroup on water policy for a national coalition of 48 environmental organisations.

As an example it cited the current record UK fine to Thames Water of only £20m – less than a quarter of the company's annual pay-out to shareholders - as having insignificant effect compared to the EU's threat of unlimited cumulative fines which led to Thames Water investing £4.2bn in a long-term scheme to reduce London-wide sewage pollution. 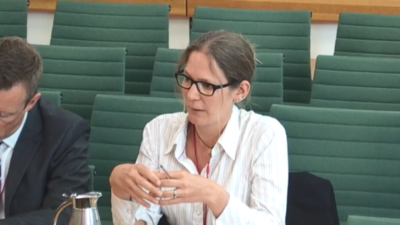 Water companies are still polluting. Their waste water networks are reaching capacity and are ageing and there is a lot more investment that could be put through. And yet many water companies argue against such investment for reasons of affordability.

We’ve got a real risk in that some of the biggest investment by water companies, such as the Thames Tideway Tunnel and Welsh Water at Llanelli, might not happen if there is no risk of infraction from the EU.

The potential of the new agriculture policy is huge. We can get real opportunities for delivering public benefits from a new land management policy but it needs to be based on a strong, monitored and enforced regulatory baseline. 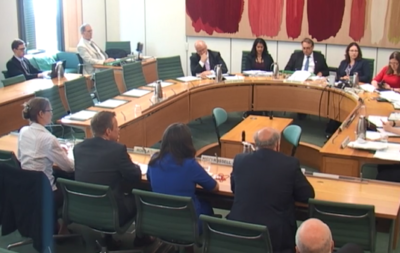 We’ve got waste water, the water retail market, kind of the environment over there as well, and it’s becoming increasingly fragmented in management which needs to be considered more holistically and integrated.

Other subjects covered included whether new housing developments should be permitted to connect to mains drainage without considering natural drainage options first, like soakaways and ponds; and also whether the Government’s recent row-back on reform to water abstraction could harm the environment.

The Environment, Food and Rural Affairs Select Committee of MPs’ job is scrutinise the Government’s expenditure, administration and policy in those areas. Its inquiry into water regulation is currently collecting both oral and written evidence.