Most ducklings that hatch at Arundel Wetland Centre each spring are cute but the tiny bundles of fluff that emerged from their eggs on Tuesday 14 May are very special! These are the first scaly-sided merganser ducklings ever hatched at any Wildfowl & Wetlands Trust (WWT) site.

In the wild this beautiful sea duck with its distinctive head crest of wispy feathers is listed as ‘Endangered’ on the ICUN Red List. Scaly sided mergansers are originally from China and Russia where populations have been declining fast because of illegal hunting, birds drowning in fishing nets and habitat lost to dam construction.

Scaly-sided mergansers require specialist care and exhibit spaces making them difficult to breed in captivity. In the wild the scaly sided mergansers nest in tree hollows near pristine, fast-flowing rivers. This habitat is replicated at Arundel Wetland Centre in the Waterfall Pen where the ‘scalies’ live - its clear water filtered through the chalk cliffs of the South Downs.

The two female scaly sided mergansers shocked Collection Manager Samantha Halpin earlier this year when they began laying eggs.
Sam Halpin said: “I wasn’t expecting eggs from these young birds for another year but we put nest boxes out in January and they started laying.” 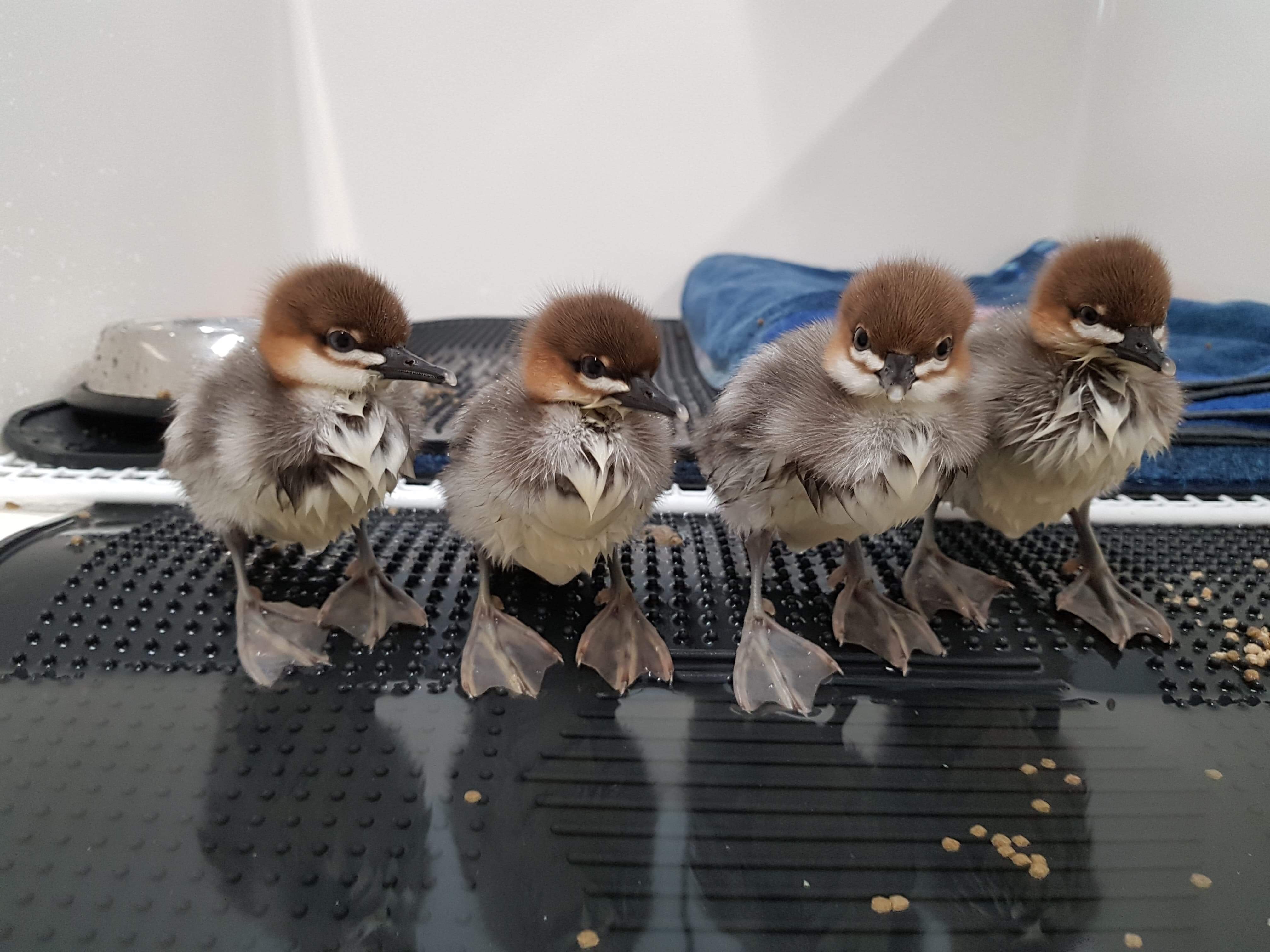 Seven ducklings are now filling the tanks in the Duckery Unit at the Arundel Wetland Centre. Sam Halpin’s team of keepers clean the tanks eight times a day from 7 am to 9 pm, all while caring for a collection of 40 other species of endangered and threatened wildfowl from around the world.

A second clutch of four eggs from the second pair of mergansers at Arundel Wetland Centre were sent by portable incubator to WWT Slimbridge Wetland Centre, the central offices of the Wildfowl & Wetlands Trust. Collection Manager Samantha Halpin said “Having the two clutches hatch at different sites felt like we weren’t keeping our eggs in one basket – so to speak. We are raising one clutch here and the other will stay at WWT Slimbridge.”

Baz Hughes said “As well as supporting nest boxes and monitoring programmes in Russia and China, we have helped produce the International Scaly-sided Merganser Single Species Action Plan which recommends that the genetic diversity in captive-breeding populations in North America and Europe is maximised.”