Myanmar’s untouched wetlands are biodiversity hotspots, but their ecosystems are under pressure from human influences at a key stage in the country’s development.

The second largest country in mainland Southeast Asia and located in the Indo-Burma biodiversity hotspot, Myanmar is home to a wealth of biodiversity. This biodiversity coexists with 54 million people, 70% of whom are rural based. Around one third of the population currently live below the poverty line and the majority depend on natural resources for their survival presenting both challenges and opportunities for wildlife conservation.

Wetlands play an important role in supporting livelihoods are a dominant feature of the landscape from mountainous wetlands, large freshwater marshes and lakes, mudflats, coastal mangroves to coral reefs. The latter are regarded as Southeast Asia’s most extensive and least disturbed coastal ecosystems. Three major river systems flow from north to south; the Chindwin, the Irrawaddy and the Salween.

Southeast Asia’s most extensive and untouched coastal wetlands are found in Myanmar.

Myanmar’s wetlands are under pressure; unsustainable farming, overfishing, local mining and logging are major threats to their health and ecosystem integrity. These pressures are expected to deepen and become acutely more challenging as the country develops.

Myanmar’s Upper Chindwin River in the north of the country contains the most critical unprotected Key Biodiversity Area (KBA) in the Indo-Burma region. Hkamti Township, located within the KBA, is home to at least 38 threatened freshwater species including the Critically Endangered Burmese Roofed Turtle.

Rice farming and fishing support nearly 40,000 in the township, but emerging threats like artisanal mining and unsustainable agricultural intensification, have the potential to rapidly degrade biodiversity habitat and natural resource productivity. In a hard-to-access part of the country with no formal protection, there is a critical need to work alongside local communities and partners to protect the wetland landscape.

What we’re going to do

WWT will focus work on the KBA, where we will take an inventory of species and develop a set of tailored land and water management practices to protect and restore the area as well as secure sustainable livelihoods for over 11,000 people in nine local villages. WWT has plenty of experience in this, having led integrated community-based conservation projects in Southeast Asia since 2010, in partnership with governmental and non-governmental organisations.

We want to help secure sustainable livelihoods for the people of the Upper Chindwin River, so they can look after their wetlands for the future.

WWT will draw on our extensive experience of conserving wetlands in Cambodia to help establish conservation zones and support ecosystems to help restore wetland habitats. Instrumental to protecting the KBA and conserving local biodiversity, is making sure people in the region have continued access to natural resources that can serve them in a sustainable, environmentally-conscious way. We will address the current improper land and water management practices, and build awareness of why healthy functioning wetlands are important for all life. This includes: 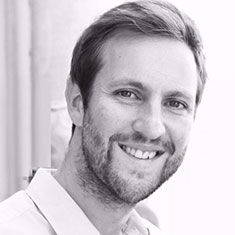 "In Myanmar we can use site-based conservation to boost national-level wetland conservation capacity and this new WWT project will push the boundaries. This hard-to-access part of the country badly needs conservation attention – it’s adventurous, exciting and very timely work.""