25% of all wetlands plants and animals are at risk of extinction, and the UK's freshwater and wetlands species are some of the most threatened. So what can we do to prevent them disappearing forever?

It's important to note that saving individual species from extinction is not a solution to the huge biodiversity loss we face worldwide, as there are simply too many species in trouble. By focusing on a few key species and improving things for them at a landscape scale, we hope that interventions will benefit many other species too.

Here we look closer at some of the most endangered wetlands species found in the UK and beyond, and what can be done to help them. These species are not necessarily listed on the IUCN Red List as officially 'Endangered' (more on how the IUCN Red List works here) but they are considered by many to be a top conservation priority. And by focusing on what we can do for particular species, we hope to create a healthier ecosystem and biodiversity of species in wetlands and beyond. 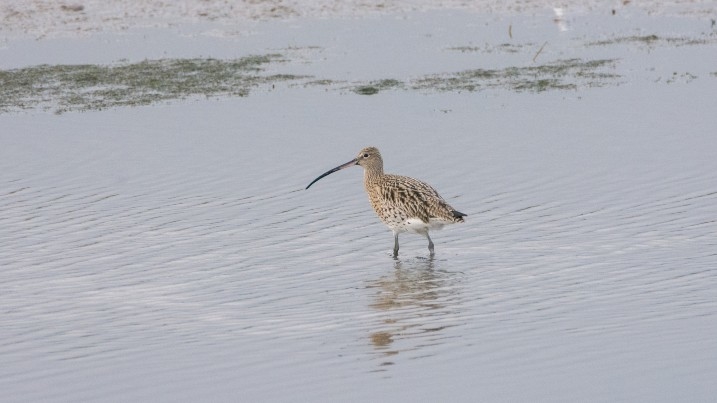 Although the UK is home to a quarter of the global breeding population of curlews, the numbers fell by 64% from 1970 to 2014. Food scarcity, predation and changes in farming practices are all contributing to the decline.

The curlew was added to the UK Red List in in December 2015, and it is argued to be the most pressing bird conservation priority in the UK.

We’ve rescued threatened curlew eggs across the country, hatched and reared them, and then released them in a process known as headstarting. We’re also researching long term solutions to restore curlew breeding habitat and stop the population crash – something that won’t just benefit the curlew, but the whole ecosystem. 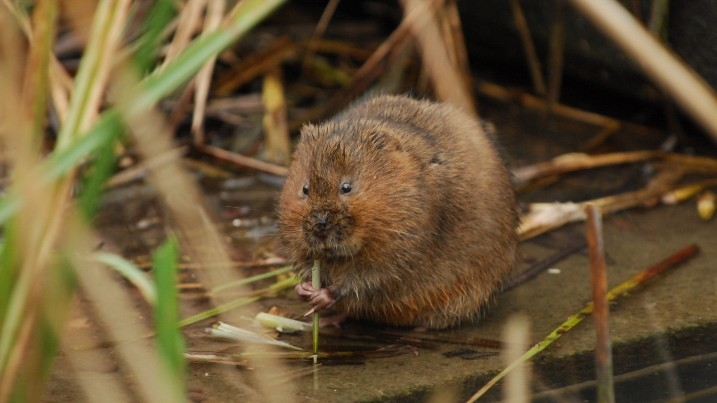 This much-loved British mammal lives in the banks of rivers and wetlands or in small nests in fens and reedbed. Sometimes they’re called ‘water rats’ but actually there is no such thing; there are brown rats that swim, but these are different species. Read our guide to telling the difference for more information about how to spot water voles in the wild.

Now the water vole faces an uncertain future, having experienced the fastest decline of any native UK mammal in the 20th century. Habitat loss and predation by non-native American mink are mainly to blame.

They are a priority species in the UK Biodiversity Action Plan and are protected in the UK under the Wildlife and Countryside Act, 1981.

We carefully manage the ditches on our reserves, getting support from the Internal Drainage Boards – the public bodies responsible for maintaining the ditch systems in wetter parts of the UK. Their help in sensitively clearing ditches combined with our planting and management has reaped some great results. There are also large populations of water vole reported at Arundel and Steart. 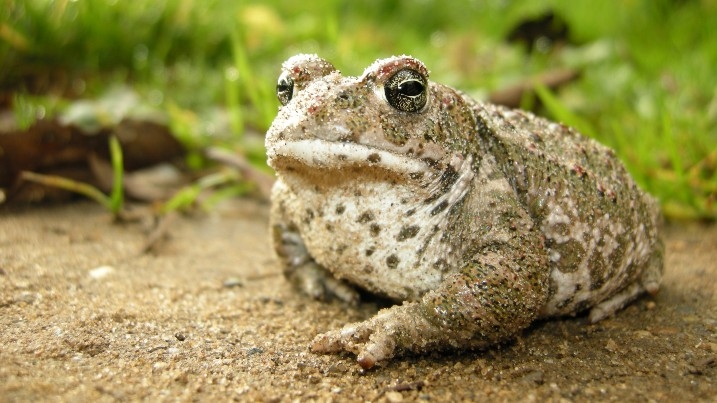 The rare natterjack toad gets its name from the loud rasping call made by males in the spring. To attract a female, the males sing together at night, making such a chorus that their calls have been heard up to a mile away.

Smaller than the common toad, the natterjack has a distinguishing yellow stripe running down its back and walks on short legs, rather than hop. Unfortunately, due mainly to habitation loss, it is now only found in a few coastal areas in England and Scotland, where it prefers shallow seasonally flooded pools on sand dunes, heaths and marshes.

They are a priority species in the UK Post-2010 Biodiversity Framework and are protected in the UK under the Wildlife and Countryside Act, 1981.

Natterjack toads are present at our Caerlaverock reserve. They use temporary ponds on both saltmarshes and inland pools. The numbers of natterjack toads have seriously declined at Caerlaverock in the last few years and we have increased our surveys and monitoring efforts to try and establish the cause, as well as improving habitat on site. 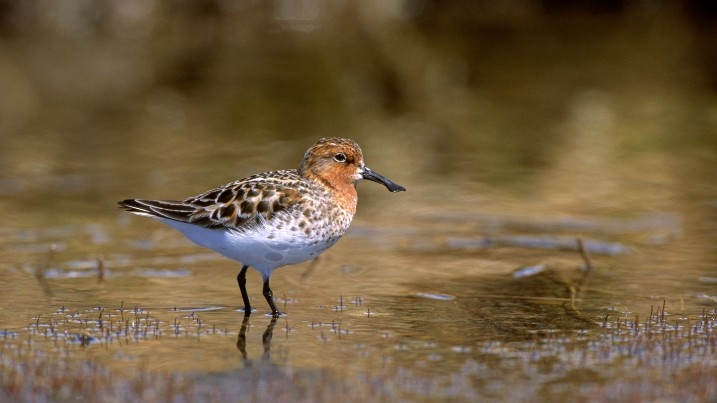 The spoon-billed sandpiper is perilously close to extinction. Its numbers recently plummeted to fewer than 200 pairs worldwide.

This adorable, small and very rare migratory bird – or “spoonie” as it is affectionately known – has a beak the shape of a spoon and a red-brown head, neck and breast.

It spends the winter on the vast wetlands of South Asia, making incredible migrations across the continent to its breeding grounds on the Russian tundra.

We’ve been working alongside a wide range of people and organisations to protect key spoon-billed sandpiper habitat worldwide. The Spoon-billed Sandpiper Project is truly international and collaborative in effort, involving conservation breeding, headstarting and satellite tracking. But their fate still hangs in the balance. 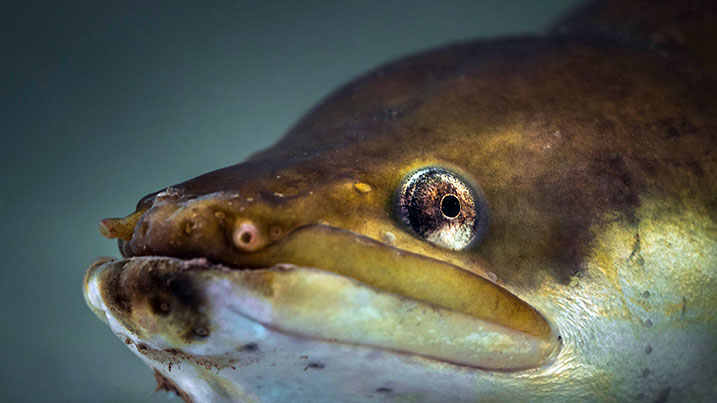 The European eel is a curious and fascinating creature. It undertakes an incredibly daunting migration as a young ‘glass’ eel, drifting on the currents from the Sargasso sea in the Caribbean to the colder estuaries of northern Europe.

A suite of threats is implicated in the eels’ demise – weirs and dams, hydropower and water-pumping stations could be blocking their migration pathways from the sea into the freshwater catchments where they grow and mature; overfishing, pesticides and parasites are believed to be part of the problem; and climate change may be shifting the track of the Gulf Stream so that fewer glass eels are hitching a trans-Atlantic ride.

We're making routes into our reserves as eel-friendly as possible, including installing 'eel passes' to help the glass eels on their journey, and cameras to learn more. We're also conducting research to learn more about what happens during the eels' long lives, and how they use freshwater habitats. 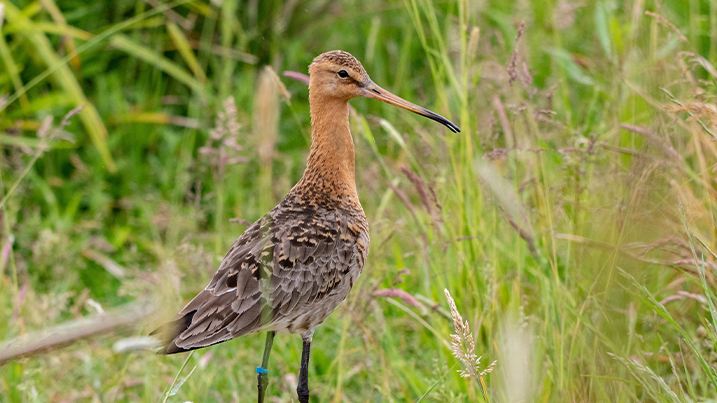 Breeding across northern Europe and wintering as far south as Nigeria, this is the nominate race of the black-tailed godwit; a different sub-species to the birds you'll see at WWT sites during the winter, Limosa limosa islandica; they breed in Iceland.

On the UK red list - they first went extinct in the late 19th century primarily due to land drainage but were recorded breeding again mid-20th century. Numbers of breeding birds are still perilously low in the UK but pairs are back breeding on the Ouse Washes at WWT Welney.

Partnering with Project Godwit, we're raising chicks and releasing them into the wild (headstarting) to help the breeding population recover. 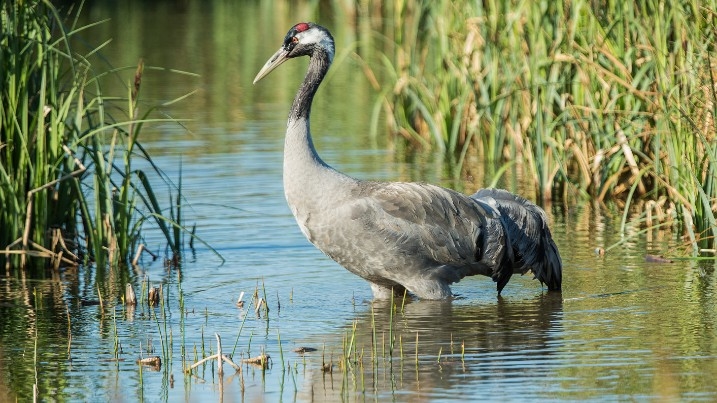 Common cranes were wiped out from Britain 400 years ago after being hunted to extinction for food. Combined with a loss of their natural wetland habitat, the birds were gone from Britain by 1600.

Thankfully, we have helped secure the future of the common crane as a British breeding bird. But because its breeding population is so small, the crane is on the UK Amber conservation list for birds.

WWT (along with partner organisations) came up with the concept to take crane eggs from Europe (where cranes number in their tens of thousands) and bring them to the UK to hatch and rear in safety before releasing them into the wild.

As a result of the Great Crane Project, 93 young cranes were released into at a secret location in the Somerset Levels and Moors over five years. The cranes adapted to life in the wild more successfully that anyone predicted and the latest reports reveal a record of 54 pairs of cranes across the UK in 2019, with the total population coming in around 180 birds.

The UK crane population has now reached its highest level in over 400 years! 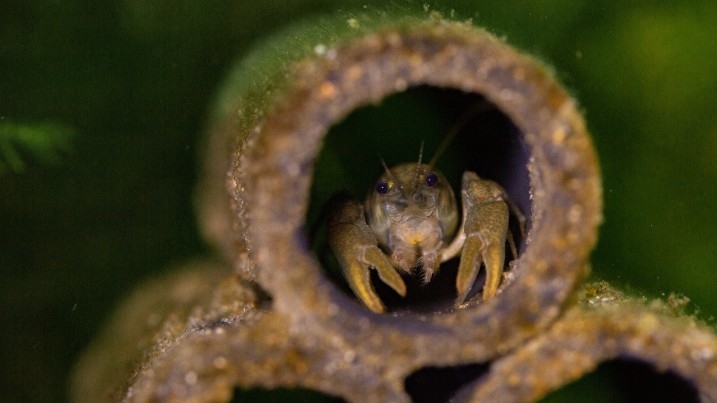 The white-clawed crayfish is a freshwater, brown-coloured invertebrate, similar to a lobster. It has cream undersides to its claws - hence the name. It’s found throughout the UK in freshwater streams where it hides under stones and feeds on water plants, small water invertebrates and dead organic matter.

Wetlands plan a crucial role in filtering pollution from our water, improving water quality and creating habitat for a huge range of species like the white-clawed crayfish. Our reserve team also spend a lot of time managing and removing invasive species to provide a safe home where they can thrive. 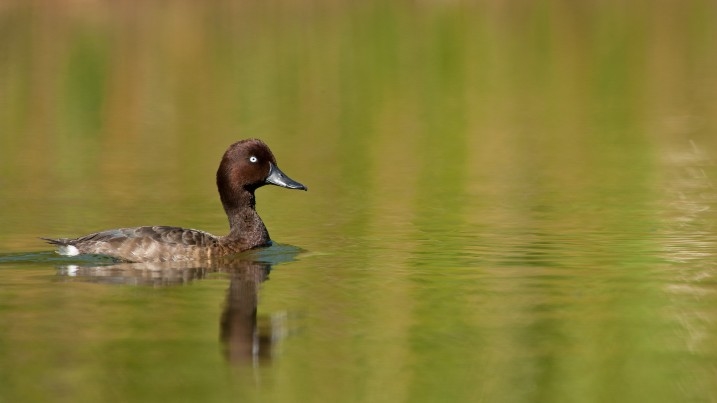 When it wasn't seen for 15 years, the Madagascar pochard was believed to have been wiped out completely. Then a tiny group of the birds was rediscovered in 2006 at one remote lake in the north of Madagascar.

They were listed as ‘Possibly Extinct’ on the global IUCN Red List of Threatened Species; following rediscovery they are now listed as ‘Critically Endangered’.

WWT and Durrell continue to work with communities in Madagascar to improve their wetlands so species like the pochard stand a chance of surviving.

In the meantime, we kept the species from going extinct by using the world’s first floating aviaries to release 21 captive-bred Madagascar pochards onto Lake Sofia in 2018 as part of a decades spanning project. We’re now monitoring their progress as they become accustomed to their new surroundings - and in early 2020, the ducklings had ducklings! Because of the work that the local community had put in place around Lake Sofia, they stand the best chance of re-establishing. And creating a wonderfully restored wetland home for so many other endemic Madagascar species. 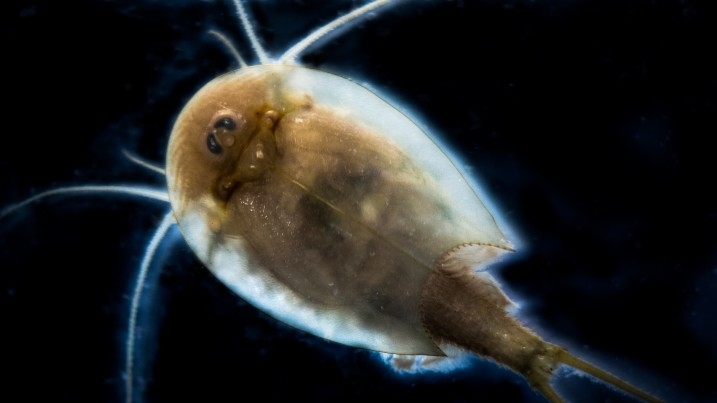 The tadpole shrimp has existed virtually unchanged for over 200 million years. But in the UK only a single population – in a single pond - was known to remain until it was discovered at the WWT Caerlaverock reserve in 2004.

Triops are considered threatened in the UK as they have been recorded at very few sites. On a wider scale, we’ve seen a decline across Europe, although more data is needed.

We’re continuing to survey and improve the management of temporary pools on our Caerlaverock reserve, for example encouraging small amounts of cattle to disperse the eggs naturally in their hooves. Field workers are now searching for other populations across the UK. We’ve also hatched triops in captivity to study their somewhat mysterious lifecycle further.

Help our most threatened species

You can help bring wetlands species back from the brink by becoming a member of WWT. Together we can protect the wetland habitats that many endangered species rely on. You’ll also get free access all year to explore our wetland sites around the UK.