What is the IUCN Red List, and how is it used to track biodiversity loss?

Of all the species in the world, how many would you say are endangered? Twenty? A few dozen? A few hundred?

The latest assessment from the IUCN Red List in 2019 shows that more than 28,000 species are threatened with extinction. That’s 27% of all known species. And our management of freshwater wetlands around the world ‘places both biodiversity and human health and wellbeing’ in jeopardy, according to Dr Thomas Lacher, from Wildlife and Fisheries Sciences at Texas A&M University. But what is the Red List, and why is it so important?

The IUCN stands for the International Union for the Conservation of Nature. IUCN Red List is the most well-known assessment of species populations worldwide, and it enables us to better understand and class how at risk each species is of extinction.

Capitalise the word ‘endangered’, and it gains a particular definition: ‘Very high risk of extinction in the wild’. It’s one of nine categories that help to determine the extinction risk of the world’s wildlife, and these categories have for decades played a major role in standardising the increasingly complex business of global conservation.

Every species in the world fits into one of the following nine categories on the IUCN Red List of Threatened Species:

Extinct in the Wild

Known only to survive in captivity, or as a naturalised population outside its historic range.

Extremely high risk of extinction in the wild.

Very high risk of extinction in the wild.

High risk of extinction in the wild.

Likely to become endangered in the near future.

Not enough data to make an assessment of its risk of extinction.

Has not yet been evaluated against the criteria.

Half a century or so ago, it was difficult to know how to categorise animals. Conservation was still largely in its infancy, and words such as ‘rare’ and ‘common’ were used as fairly general terms to describe an animal’s abundance. Yet even these simple words can be confusing.

Animals that, for example, live on a single island are certainly rare in global terms, but within their own habitat they might be thriving. Should we therefore be worried about them? Similarly, animals that are declining in numbers around the world, but which are still reasonably abundant, could potentially still be regarded as common, even though they’re struggling.

America’s passenger pigeon, for example, is believed to be, at one time in the 19th century, the world’s most abundant bird. It was therefore massacred in huge numbers, and no one worried about its future. By the 1920s, so great had the carnage been that only one remained. If coordinated conservation was to work, a system of measurement needed to be devised, not to look at the current abundancy of wildlife, but the potential direction of its population trends.

Sir Peter Scott, founder of WWT and already heavily involved in conservation breeding of struggling species such as the nene, helped come up with the solution. Under the auspices of the International Union for Conservation of Nature (IUCN), he and others devised the Red List. The idea was to create categories that would more accurately represent the true risk of extinction faced by a species. The population data and threat assessment, he concluded, could be continuously updated by fieldworkers around the world, so true patterns could emerge over the years. 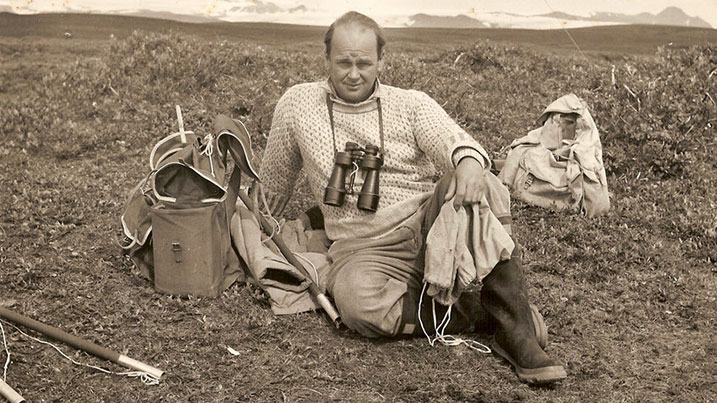 Fifty years later, those categories have become invaluable to the world of conservation, its methods of prioritising its work and its ability to communicate its messages to the wider public. Annual updates of the Red List reveal improvements in the status of some animals, declines in the fates of others – and thereby provide a global picture of the state of our wildlife. With some 105,732 species appearing on the list, the picture is now clearer than ever.

It’s sometimes confusing as individual countries such as the UK often have their own categorisation, and something listed as ‘Amber’ or ‘Red’ in the UK might actually rank as ‘Least concern’ on the IUCN List - for example, a bird listed as Amber on the 'Birds of Conservation Concern 4' assessment of the UK's birds, might be listed as Least Concern' on the global Red List. However, local species decline is often an earlier warning sign that something might be going wrong with the species as a whole, so needs to be taken seriously in a worldwide context.

How are endangered species assessed?

Data from conservationists around the world is pulled in by the IUCN and various partner organisations, which it uses to annually reassess the status of species. Having come to its conclusions, it then sends its suggestions out to specialist organisations such as WWT for comment and response. In the case of waterbirds, upon which we’re consulted, we then use our own expertise to help confirm or otherwise, whether an elevation in category from, for example, Vulnerable to Endangered for a particular species is valid. 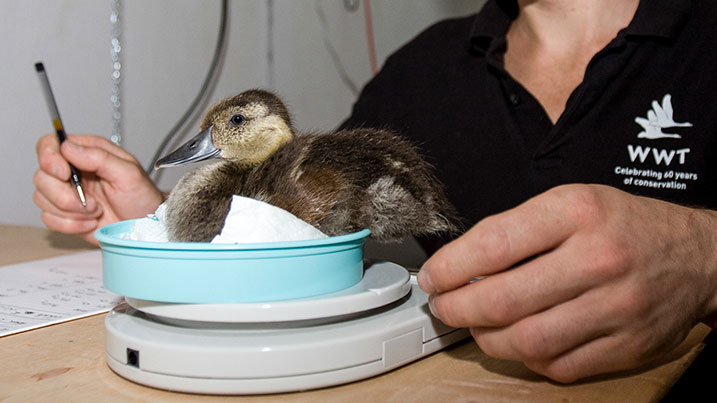 Over time we hope to help improve the status of species such as the Madagascar pochard, spoon-billed sandpiper and European eel, all currently Critically Endangered, through our conservation breeding and habitat management programmes. Yet the Red List provides constant reminders that there’s still so much more to do. With so many species declining, it's vital that our approach to single-species conservation also positively impacts wider diversity and the whole wetland ecosystem. Our work to save the Eurasian curlew, for example, will bring measurable benefits to other struggling ground-nesters such as the lapwing and redshank.

So although the Red List reveals, on an annual basis, that conservation work such as that by WWT is moving in the right direction, it also shows that there’s still so much more to be done. We must also do all we can to ensure that as few of them as possible end up in the designation at the top of the list that, once reached, is truly hard to come back from.

An earlier version of this article was published in WWT member’s magazine, Waterlife. Members receive free copies of Waterlife once a quarter.

To help us save struggling species, why not become a member of WWT? Joining us gives you unlimited free entry to all our wetland sites, and helps fund our conservation work.