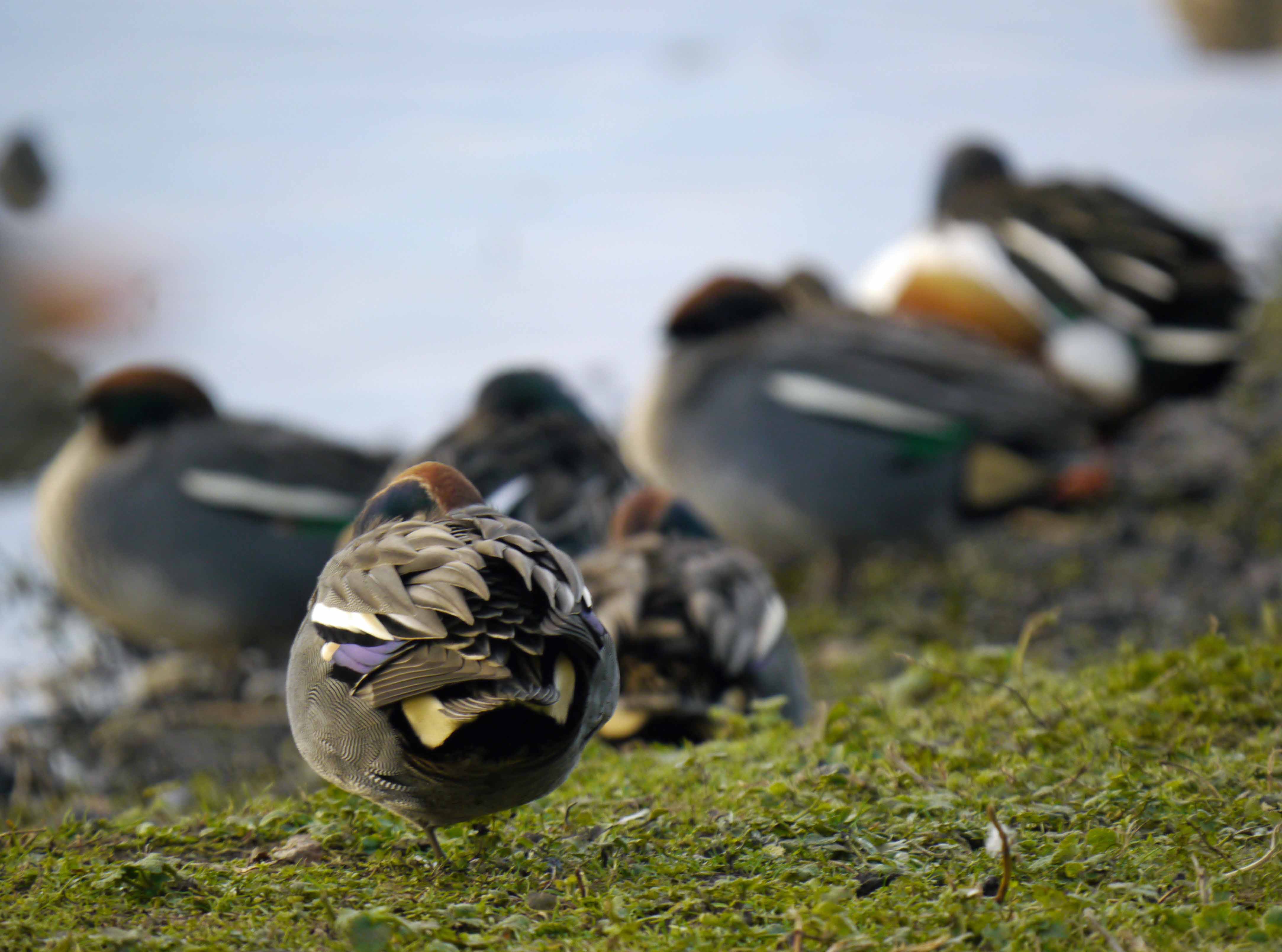 Chiffchaff calling from the nearby trees, two birds have been seen here lately and are probably roosting in the ivy. The Jack Snipe made another appearance along with 5 Common Snipe, if you don't see it first time it's well worth returning to the hide later to try again.

440 Wigeon grazing here first thing this morning (1557 counted from the hides in total). Ruff have been feeding here daily, again a party of 8/9 were on the scrape edge with c15 Redshank. 18 Shoveler, 31 Pintail and a few Shelduck among the flocks. Three pairs of Pochard were on the scrape.

Two Great White Egrets were seen circling before heading off toward the South Lake mid morning.

Only six Black-tailed Godwit among the Lapwing, a few Snipe and Dunlin at the Hogarth Hide end. 30+ Shoveler, 70 Teal and 34 Shelduck also on the wader scrape with a few Herring and 140 Black-headed Gull. Deep lake held two drake Pochard, c30 Tufted Duck and the Great Crested Grebe.

143 Eurasian White-fronted Geese with c12 Greylag and two Bewick' Swans on the winter wheat field S of the hide. Gathering flocks of Dunlin, Golden Plover and Lapwing on the Bottom New Piece.