You might have heard the recent positive news that the nene, also known as the Hawaiian goose, has been downgraded by the IUCN Red List from Endangered to Threatened. It is the result of over 25 years of conservation efforts, using never-been-tried-before techniques to undo the damage that had been done to the nene population.

Our story starts back in the 1950s on Hawaii, with a little goose that was on the verge of extinction. Many years ago, living on a Hawaiian island didn’t involve having to deal with land predators, so the nene evolved as a friendly and inquisitive bird and it’s estimated that 25,000 used to inhabit the islands. But with the arrival of Europeans in 1778 and the introduction of predators like dogs, pigs and mongoose, life changed forever for the curious and trusting nene. Its numbers plummeted and by 1952 there were only 30 left. 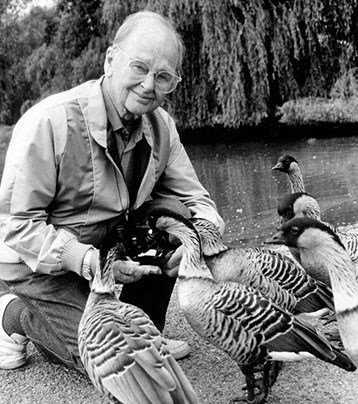 Its plight captured the attention of WWT founder, Sir Peter Scott. He was determined not to let the species die out and brought a pair back to Slimbridge.

After a few teething problems (both birds turned out to be female) and the arrival of a gander, one of the greatest conservation success stories began.

In 1962, 35 birds born and raised at Slimbridge arrived in Hawaii to be released back into the wild. They were released across four sites on the main island and one site on Maui. Now, over fifty years since the birds were re-introduced, their numbers are above 2,000. In 2014 the first pair were spotted on a third island, having made their own way there.

It was Sir Peter Scott’s passion, determination and innovative thinking that enabled him to bring a bird back from the brink of extinction in the face of all odds. And it’s these qualities that continue to drive WWT’s conservationists today and what we celebrate at our new exhibit: Mission Possible.

Extinction is forever. It is irrevocable, irreversible. We have a responsibility to prevent species extinction if it is in our power to do so.

An exhibit to excite and inspire

Mission Possible will enable us to share Sir Peter Scott’s passion with you, in a new exhibit that reveals the pioneering conservation techniques WWT uses to save species around the world. You’ll be able to fall in love with the nene just as Sir Peter Scott did, as you enjoy watching them roam freely around a meticulously re-created Hawaiian habitat, evocative of the volcanic islands they call home.

But more than this, we hope visitors will gain an extraordinary insight into what it takes to bring a species back from the brink and be inspired to join us to help protect other endangered species. 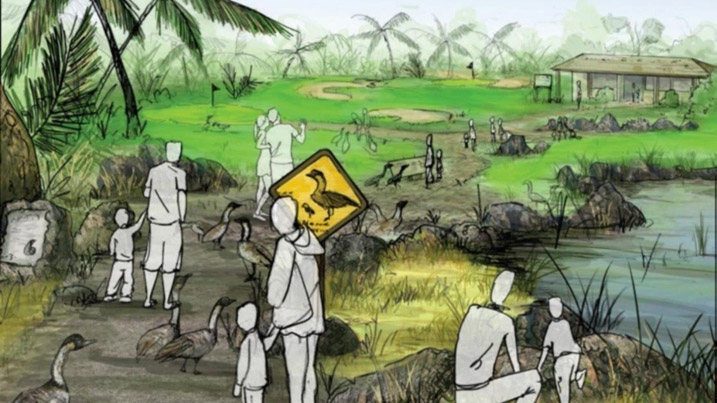 As you explore the duckery and go behind the scenes you’ll be able to see first-hand the ground-breaking techniques we use today to save species like the world’s rarest duck. Visitors will learn the extraordinary story of how WWT conservationists saved the Madagascar pochard from extinction, against a backdrop of government coups, bandits and plague.

From the incubation simulations to the rearing tanks and enclosures, we hope visitors will leave with a powerful sense of Sir Peter Scott’s conservation legacy and an understanding of why his work has never been more important.

Sir Peter Scott knew that for people to want to protect nature, they needed to be able to experience and enjoy it first-hand. We know that by enabling visitors to get close to the species we’ve saved and gain an amazing insight into the techniques we use to save them, they’ll be inspired to want to support us to save more species in the future. 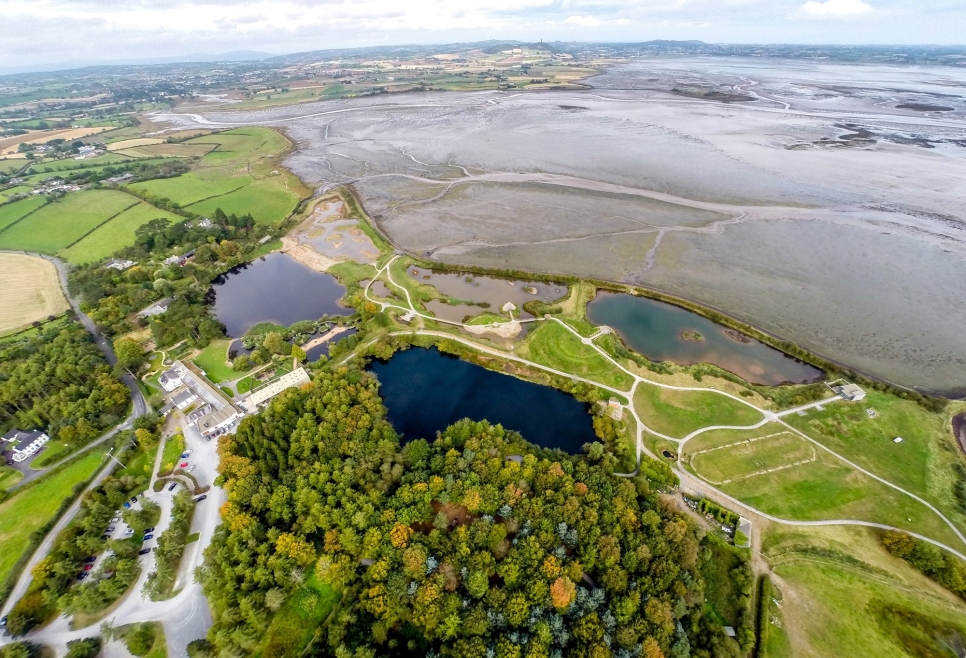 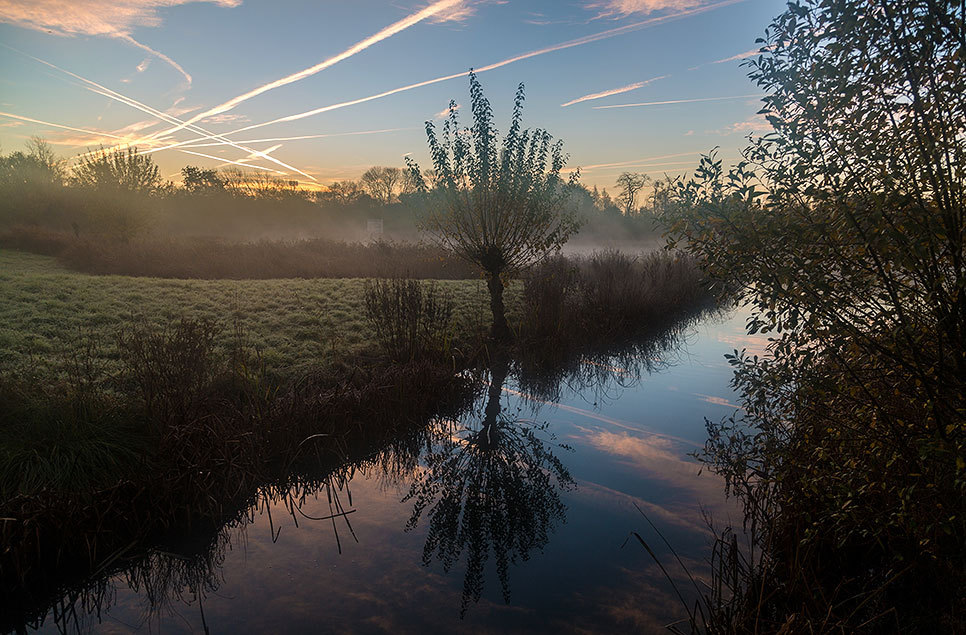 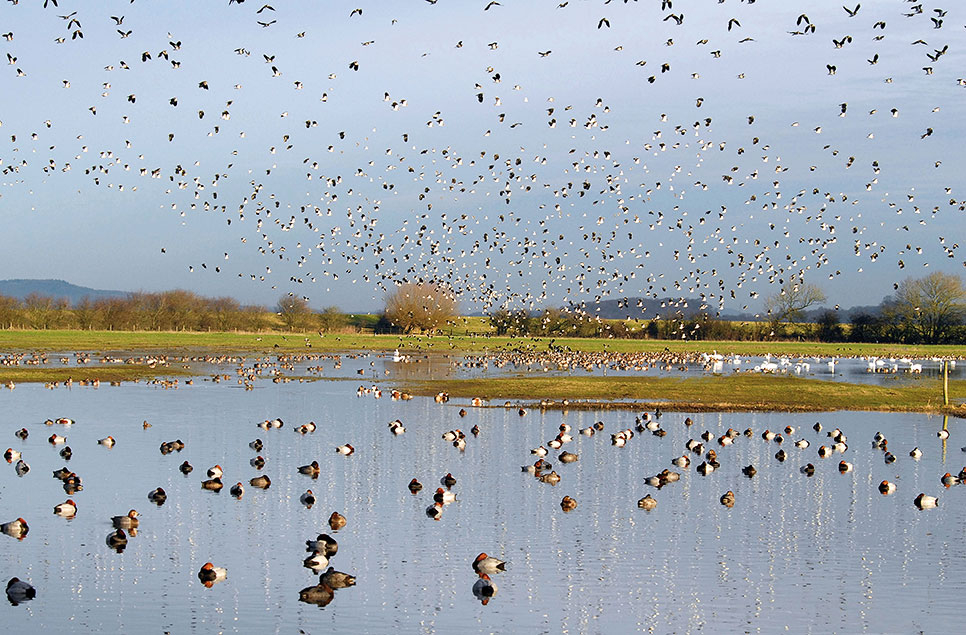