Perilously close to extinction, the spoon-billed sandpiper now faces a rosier future thanks to ground breaking conservation and state of the art technology. But with fewer than 800 birds worldwide, their future is still far from certain.

With a beak the shape of a spoon and chicks that look like bumblebees, this adorable and very rare migratory bird – or “spoonie” as it is affectionately known – has captured a special place in our hearts.

This unusual and attractive little bird spends the winter on the vast wetlands of South Asia, making incredible migrations across Indochina to its breeding grounds on the Russian tundra.

Giving a head start in life

For every 20 eggs laid in the wild, only three chicks survive to adulthood. But by using a conservation technique known as headstarting, we’ve been able to dramatically improve the odds so that now 15 out of every 20 headstarted chicks survive. Carried out at the last known breeding site in remote arctic Russia, this involves collecting and hatching eggs and then hand-rearing the chicks ready for safe release once they’ve fledged. Working this way, we’ve managed to increase the number of fledglings that survive each year by 20%. And there’s no doubt this work is playing a crucial part in pulling this precious bird back from the brink of extinction.

Where the waders go has been something of a mystery until very recently. Spoonies are serious migrators, travelling between south Asia and its breeding grounds in Russia. With little information about where the spoonie spends its time, it has been a real challenge to know where to focus conservation efforts along their flyway.

But now tiny satellite tags, small enough to be glued to the birds’ back feathers are shedding new light on their migration route and more crucially where they stop off to rest. Already we have discovered new wintering and moulting sites in North Korea, Borneo and Sulawesi and parts of India and the Phillippines. One of our most important discoveries has been Tiaozini, an important stopover and moulting site for spoonies in China. It has now been awarded UNESCO World Heritage Status thanks to our tagging and surveying efforts. To date, we’ve only been able to identify breeding sites for a quarter of spoonies and wintering sites for about half. But we’re hoping new tagging data will continue to shed more light on where the missing birds are, which sites we should protect and where we should focus efforts for future surveys.

Wherever the bird is spotted on its long migration between south Asia and its breeding grounds in Russia, communities have been rallying to protect the wetland environments so crucial to the survival of both wetland wildlife and people.

In 2008 the spoon-billed sandpiper was discovered in the Gulf of Mottama in Myanmar. Subsequent research has shown that this is the spoonie’s most important overwintering site. But overfishing in this vast wetland had forced locals into netting large birds, driving spoonie numbers down as they became an unfortunate bycatch.

But international concern over the plight of this tiny bird sparked a chain of events and in 2017 the Gulf was awarded international protection, promising a better and more sustainable future for spoonies and the people who live there.

While overall numbers of small shorebirds have now tripled largely due to efforts to reduce hunting in the area, spoonie numbers are still down by a half. It’s likely that loss of intertidal habitat from coastal reclamation and shorebird hunting elsewhere on their migration route is causing this continued decline.

There are now calls to ensure all known sites where spoonies are found to be provided with the right protection and managed for conservation as a priority. And just recently the Getbol tidal mudflats in South Korea joined the UNESCO Natural World Heritage list, a big win for spoonies and migratory birds alike.

Conservationists have also been working with governments and local communities to raise awareness and protect the land and species all along the flyway. Aid is being provided for subsistence hunters in places like Myanmar to shift livelihood dependence from hunting to other more sustainable occupations and we are also working to halt major land claim projects around the Yellow Sea.

As a final defence against total extinction an “ark” population of spoonies was established in 2011 at WWT Slimbridge. As time was running out, a hasty expedition was made to bring chicks back from Russia, resulting in 13 spoonies landing safe and sound in the UK. The following year another expedition was undertaken, this time to bring eggs back to rear here. This added another 17 to the flock at WWT Slimbridge, creating the first and only captive population of spoonies to date.

This Family of birds, known as sandpipers, uncommon in captivity presented a real challenge. Expert knowledge from around the globe was gathered and implemented in hope to successfully keep and breed these unique birds. From artificial daylength simulation experienced by their wild cousins, to migration from one habitat type to another. Diet and husbandry needs were analysed and applied to create the best possible chance for success. Every year knowledge increased though coupled with the unpredictability of keeping a species new to captivity. In 2019 two chicks hatched and were reared successfully, and as of December 2021, they are alive and well.

By recreating their extreme lifestyles from the tundra of Arctic Russia to the coastal mudflats of Asia in the facility here – our experts have gained a greater knowledge base to successfully keep and breed spoon-billed sandpiper. The captive breeding programme has also helped develop methods and techniques used in headstarting; not only for spoonies but for our black-tailed godwit and Eurasian curlew headstarting projects as well. 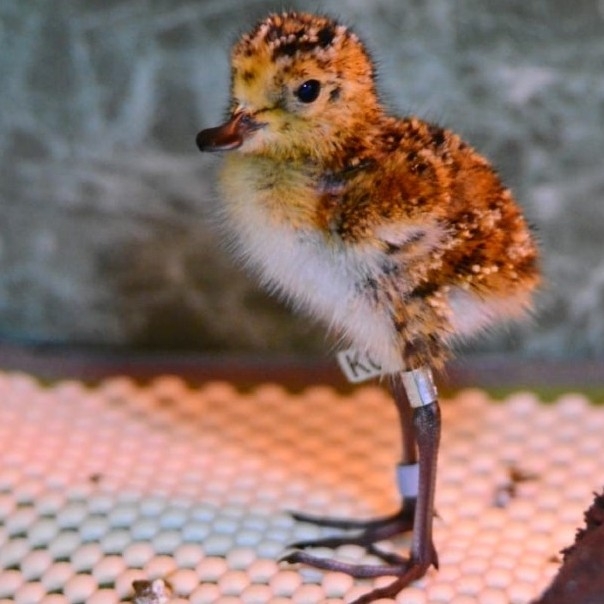 Learn more about our innovative and pioneering work to provide a safety net for the spoon-billed sandpiper and stop it disappearing forever. 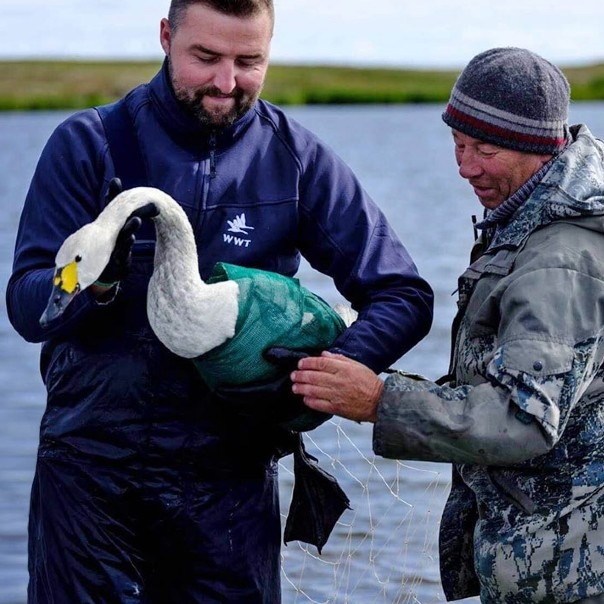 Swan Champions of the Russian Arctic

An Arctic community of passionate individuals who are engaging scientists, hunters and young people in initiatives to protect endangered birds from illegal hunting. 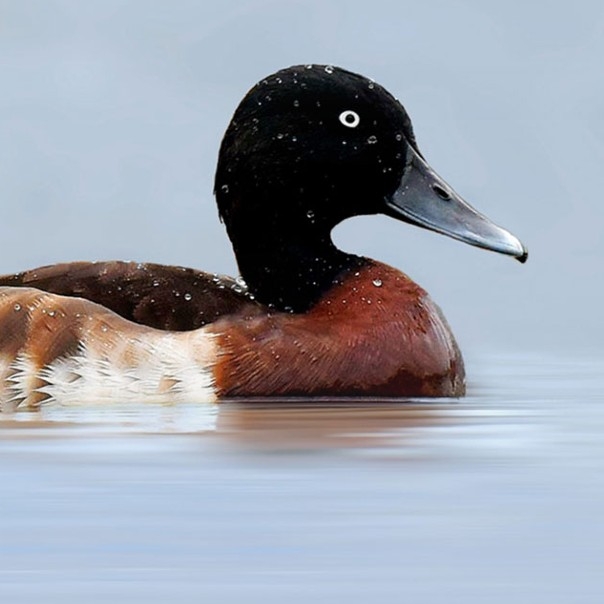 Protecting the wetlands of the Baer’s Pochard

Baer’s pochard came into sharp focus in 2012 when it was listed as Critically Endangered by the IUCN. We’re working with China to protect their wetlands and ensure its future.

By supporting our global headstarting programme and our efforts to protect wetland habitat along the East Asian – Australasian flyway, you are helping to buy time for the spoon-billed sandpiper and other struggling migratory species in the area. Time which WWT and our partners can use to continue conservation work on the ground.