Please note that we've had to temporarily restrict hand feeding. Find out more.

The hot weather has accelerated the wildflowers onsite. As the cowslip and ragged robin start to disappear, common valerian, various umbellifers and bird’s-foot trefoil appear in abundance, with southern marsh and common spotted orchids flourishing on the wet grassland.

Dragons and damsels are out in force, on sunnier days expect to see azure, blue-tailed and red-eyed damselflies, broad-bodied chaser, emperor dragonfly and now black-tailed skimmer starting to make an appearance.

Butterflies spotted include speckled wood, peacock, red admiral, painted lady, common blue and we did even find a dingy skipper at the Triangle. Ruby-tailed wasps are also around – look out for these jewel toned insects often resting on fence rails.

The kingfisher pair in the Sand Martin Hide are still feeding young, but as fledging age approaches, the adult pair may be wanting to nest again shortly afterwards. Of course, the young will have to find their own territories, so this will be an interesting story to watch unfold.

Sand martins are also using the nest chambers in the artificial nest bank in good numbers. The final number will not be confirmed until chambers are cleaned out later in the year. 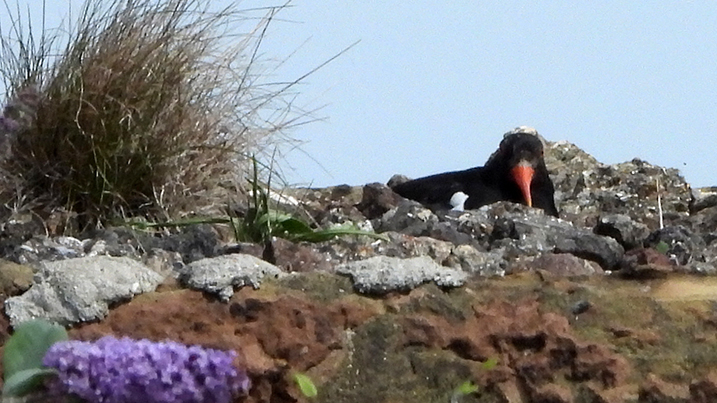 The chick of the oystercatcher pair that nest in front of the Coastal Creek aviary has fledged and the family has flown over to the Reedswamp exhibit (top image). An second oystercatcher pair are nesting on the naturalized roof of the San Martin hide (above). Pics by Media volunteer Andrew Burns

Scrape hide: a juvenile grey heron with an adult

Sand Martin hide: 1oystercatcher on the roof, several sand martins in and out of nest holes

Sand martin hide: 1 oystercatcher on the roof, c20 sand martins, 2 kingfishers flew across the water, perched up and chased each other around the lagoon 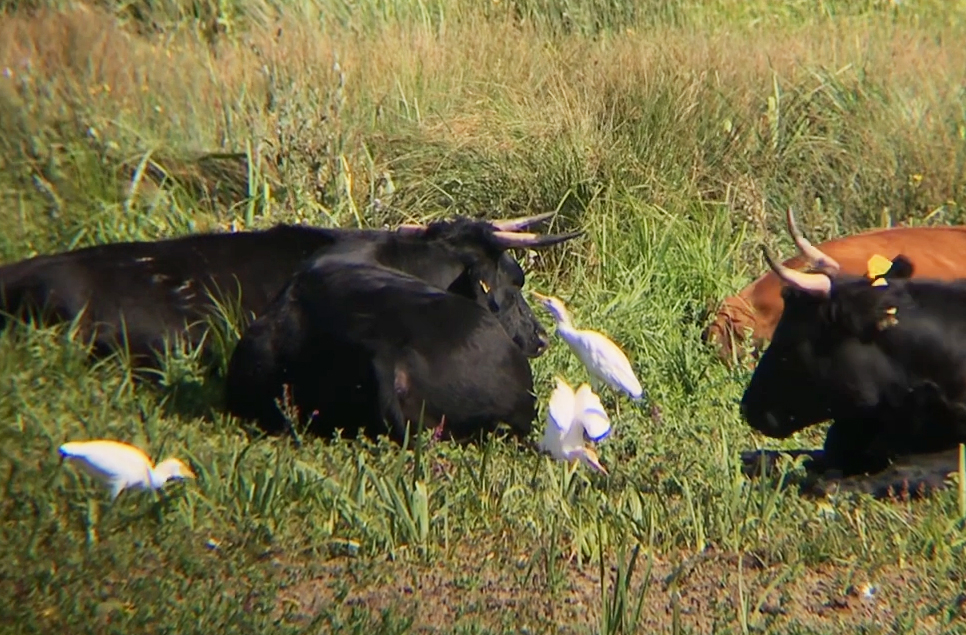 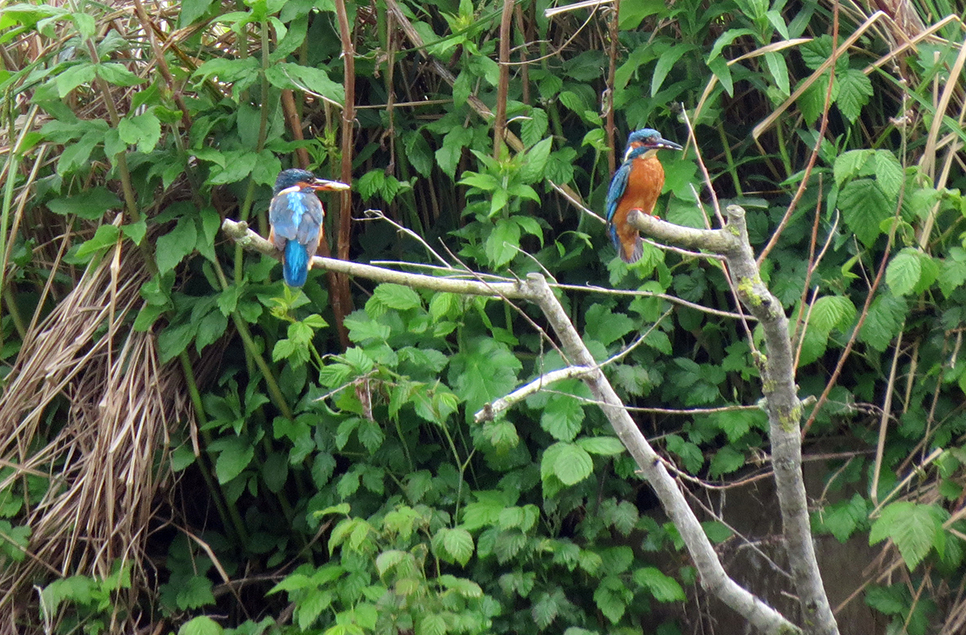 Both kingfisher pairs are trying for second broods 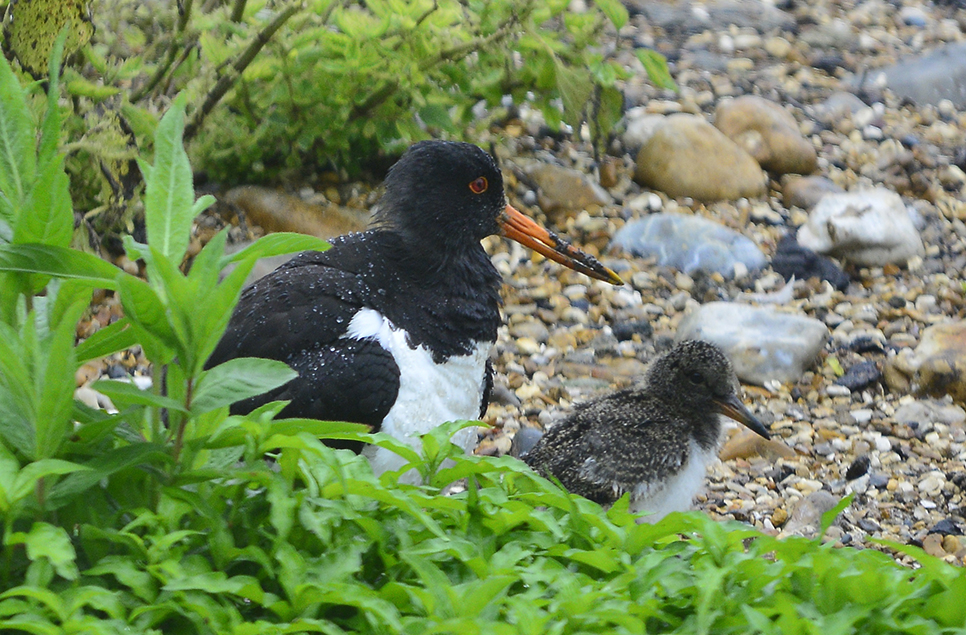