The Bluethroat at Middle Point has been seen regularly this morning, staying up on the perches to sing.

Members are able to access the Summer Walkway to Middle Point from 8:15am to 9:30am via the Members' Gate. Please have your membership card ready for inspection. Access after 9:30am, for members and non-members, is via the Visitor Centre only.

Middle Point / Summer Walkway
The Bluethroat was seen at least four times between 8am to 8:30am by visitors, showing well enough for photos and videos of the bird to be taken. Also from the seawall were a flock of seven Whimbrel to the south of the cross fence, feeding on The Dumbles.

Decoy Hide
Two Little Grebe and two Shelduck were on the pond this morning.

Zeiss Hide
The drake eclipse Garganey was again on the Top New Piece this morning. Also of note were two Black-tailed Godwit, 41 Lapwing, 26 Redshank, 48 Avocet, ten Teal, a Little Egret and juvenile Grey Heron. A Cuckoo was singing from the south this morning.

Hogarth Hide
The Crane family still have two chicks on the Duck Marsh. A Green Sandpiper was also seen.

Estuary Tower
At least 39 Curlew were viewable on the estuary from the hide, along with five Oystercatcher, a brood of Shelduck plus over 100 other feeding adults, and 12 Swifts were feeding over The Dumbles and Top New Piece.

South Lake (Discovery Hide)
The two Spotted Redshank and two male Ruff, all in breeding plumage, were on the wader scrape this morning along with five Redshank, 96 Black-tailed Godwit and 21 fledged juvenile Black-headed Gull. 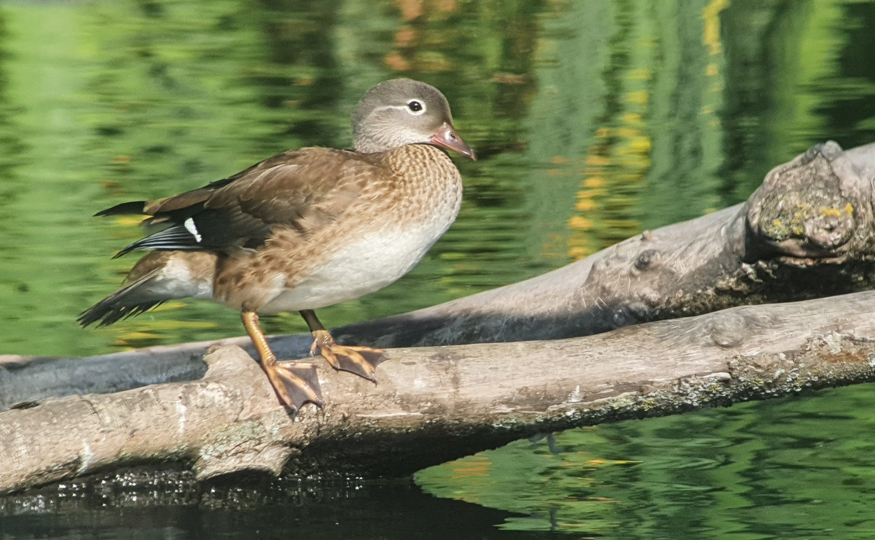