Our parent Cranes, Oakie & Sherbert, have moved their newly hatched chicks off the nesting island for their first adventure on the Top New Piece. The pair have spent the morning close to the shoreline, with the chicks along the water's edge and viewable, at distance, from the Estuary Tower.

Our volunteer Guide in the Hide, Tim, managed to get the photo above from the Estuary Tower.

South Lake
Counts this morning included 64 Avocet, the unringed Crane on the nest, a flock of 52 Black-tailed Godwit, three Gadwall, a second-calendar year Mediterranean Gull, and over 100 Black-headed Gulls around the colony and loafing on the causeway. A Little Ringed Plover was seen on the wader scrape islands this morning.

Kingfisher Hide
The male and female Kingfisher were busy this morning, visiting the nest hole regularly to feed their growing chicks. A Red Kite drifted over heading south at lunchtime. Also this morning a Cuckoo was singing and chased off by Rooks.

Rushy Hide
The pair of Little Ringed Plover were on the nest, escorting curious Jackdaws away from the area. All being well we expect the eggs to hatch by the end of next week. The Crane pair have been attending their nest this morning, and on the lower pond were 22 Avocet, a pair of Oystercatcher and two Common Sandpiper. Two Kingfishers flew through calling, possibly in a territorial dispute.

Zeiss Hide
The Crane pair have moved their two chicks to the land, off the nesting island. Other birds on the Top New Piece included 54 Black-tailed Godwit, 29 Shelduck, 22 Avocet, seven Gadwall, three Teal and a drake Shoveler.

Summer Walkway / Middle Point
Three Wheatear were on the cross fence and driftwood along the riverbank this morning. The immature Spoonbill was on the estuary off Middle Point, and two Ringed Plover and a Curlew were also seen. A Marsh Harrier flew over the Tack Piece heading east. 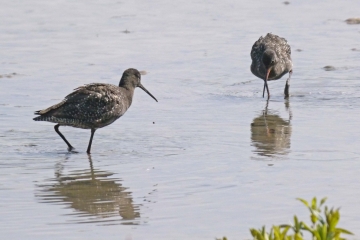 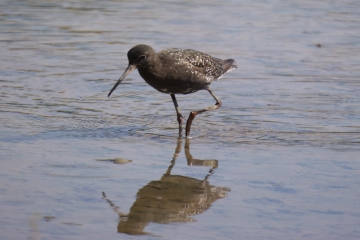 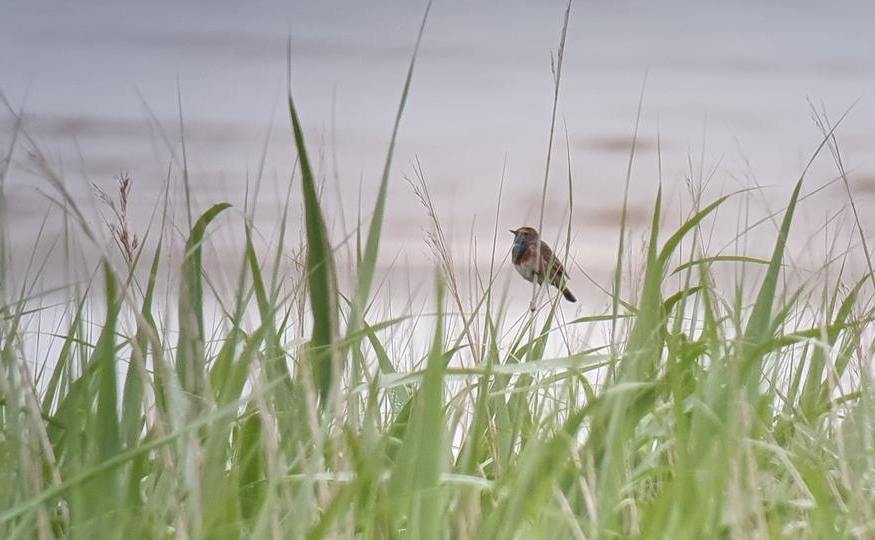