We are delighted to announce the hatch of four crested screamer chicks. This is the first time that WWT has successfully bred this species since the 1970’s.

This was exciting news for our Living Collections team as they have been working hard to optimise conditions for this species the last three years at our behind-the-scenes breeding facility. The crested screamer parents are four and five years of age and the whole clutch of eggs were fertile.

Although they’re classified on the IUCN red list of ‘least concern’ species, it is challenging to get a well bonded pair to breed successfully.

“This is the first time the pair have laid, and a 100% fertility rate is more than we could ever have hoped for! Because they have never bred before, we wanted to give them the most positive first experience we could offer them and are delighted they are doing well as they are three weeks old now and thriving”. 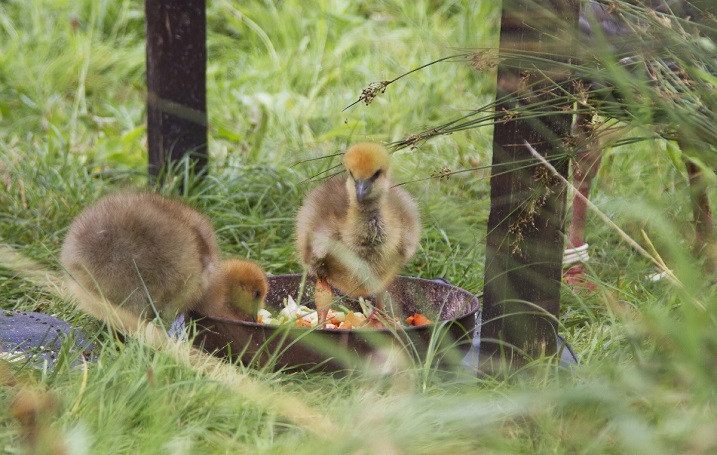 Crested screamers originate from Central South America and mostly live in Peru and Bolivia. They are a monogamous species that make formal pair bonds. To reinforce their partnership they ‘allopreen’ each other. Known for their scream, which can travel for several miles, they also communicate through low contact call, which pop and click in their throat, which sounds like popping bubble wrap.

The bald section on their neck allows them to regulate their body temperature by hunching or stretching their neck. They have air pockets under their skin like bubble wrap and hollow honeycomb bones that means that they are relatively lightweight birds living in a wetland habitat.

WWT’s living collection team has a history of breeding rare and threatened species. In doing so we have produced and contributed to best practice guidelines, which assists conservationists to save species. Although visitors cannot see this family, another pair of crested screamers are housed within our public grounds and regular updates on the family will be made via our social media channels. 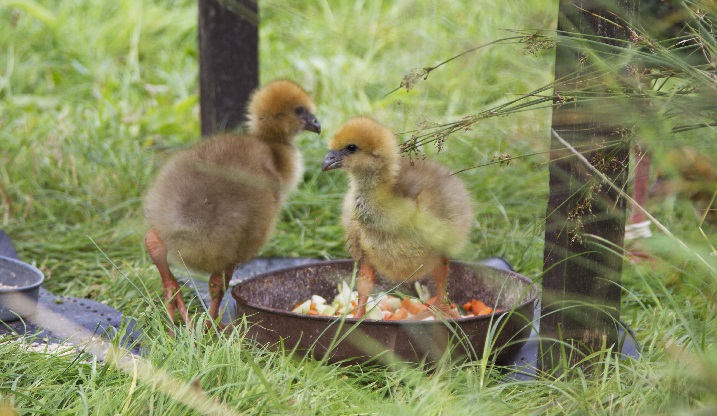