Due to the latest government coronavirus lockdown restrictions, WWT Slimbridge is closed until further notice. See here for more information.

Whoopers and Bewick's, can you spot the difference?

As the autumn draws in and birds are starting to make their way to the UK for winter, this week for Wildfowl Wednesday, we’ll be taking a look at the visiting Whooper swan.

Whoopers migrate from Iceland each year and are present from around late September to April, although a small numbers of Whoopers stay all year and sometimes breed in northern Scotland. We’ve already had reports of them arriving at our Caerlaverock, Martin Mere and Welney WWT Centres so keep your eyes on the skies! Whoopers aren’t the only swans making their way in however and soon the Bewick’s will be following suit. The two species can be difficult to tell apart at first glance, so here are some tips:

Hopefully, with these tips, you’ll be able to recognise who’s who in our seasonal visitors! 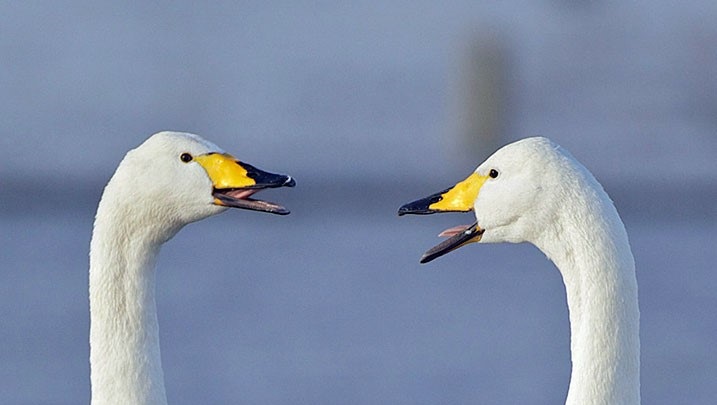