Last month staff, volunteers and visitors at WWT Slimbridge said a fond farewell to the Holden Tower as construction work began to take down the old hide ready for work to begin on the new Estuary Tower in its place.

Reserve Manager, Dave Paynter, recorded 70 species during the special event with some stunning wildlife sightings including the wintering flocks of White-fronted Geese, Black-tailed Godwits and Cranes along with surprise sightings of a Great Skua, Red Kite, two drake Garganey and some of the first migrating Sand Martin and Wheatear of the year.

The Holden Tower was originally constructed and completed in 1966 due to a generous gift from Mr. Duncan Holden of Havelock North in New Zealand in memory of his father, Peter Wood Holden. Holden was born in 1872, his grandfather was Sir Isaac Holden, 5th Baronet of West Riding in Yorkshire. Peter Wood Holden was educated at Leys School in Cambridge and later graduated with a Bachelor of Arts from Clare College, Cambridge University. He died in February 1965 aged 92. His son wanted an observation tower built in memory of his father, close to the sea wall with splendid views over the Dumbles and connected to the Rushy Pen.

Lady Phillippa Scott, in reference to the photograph pictured below said; 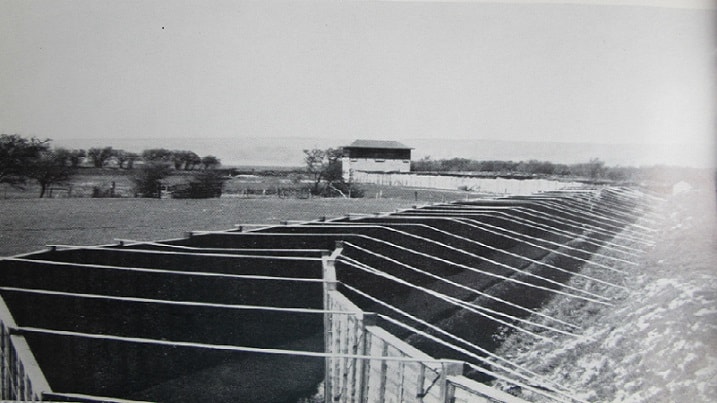 “The Holden Tower, overlooking the Dumbles, was completed in October, 1966. The screened corridor allows visitors to reach the tower unescorted. A roof of camouflage-netting completes the arrangement when the wild geese are present”.

The Holden Tower has withstood the test of strong weather over the last 53 years started to show its age and was unable to cope with the number of visitors wanted to experience the Severn Estuary and its wildlife. So as part of the Slimbridge 2020 project, work began to take down the building in early April to make way for a new structure capable of allowing more people to watch over the area and provide them with a better experience. The timing has been crucial to the construction team working on this project; it was timed perfectly so that wintering birds had departed Slimbridge and had started their migration whilst breeding species had not yet got going for the season ahead. The previous structure was home to bats during the summer months, so work has been completed under license and undertaken before they return from their winter roosts. Once complete, the new structure will have new roosting spaces for bats to move back in, along with nesting spaces for birds too.

Here is a video of the Holden Tower coming down;

Construction immediately began on the new Estuary Tower which will be situated in the same position as the Holden Tower and has been designed with exciting new features. This hide will be two viewing floors and an open roof terrace and it will be fully accessible to all visitors, as it will include a lift to all floors so visitors can see never before seen views of the Severn Estuary. 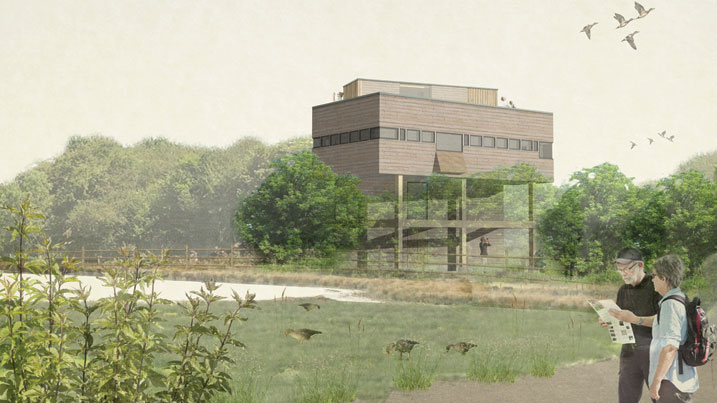 The new Estuary Tower is due to open in November 2019.