A spotlight on otters for World Otter Day – 26 May

World Otter Day is celebrated across the globe every year and was founded by the International Otter Survival Fund. The day helps raise awareness of the dangers faced by these wonderful creatures and to educate people on how to help protect their natural habitats.

Here is a special blog dedicated to these marvellous mammals and specifically North American river otters – the species you will find when visiting us at WWT Slimbridge.

Ask anyone what their favourite wetland animal is and many will say it’s an otter. Beautiful, sleek and playful, otters are a joy to watch as they twist and dive in the water but sadly otter species are at risk worldwide. There are 13 different species living across the world and 12 of these are decreasing; 7 of these are classed as vulnerable and 5 are endangered.

They are the most abundant otter species and the only species that is not declining in number in the wild - but surprisingly little is known about their lives. These otters are frequently observed playing and sliding down riverbanks together. Most river otters tend to live alone or in pairs, but North American river otters can be seen socialising in groups and are known for their playful behaviour.

A group of North American river otters is known as a romp, bevy, lodge, or family.

Where can they be found?

North American river otters are found throughout most of North America from the Rio Grande to Canada and Alaska, except for in arid deserts and the treeless Arctic. They live in riparian zones, often in the same areas as the North American beaver. Their aquatic habitats can be both marine and fresh water: streams, rivers, lakes, ponds and marshes. They prefer unpolluted water with minimal human disturbance. An extremely adaptable animal, otters tolerate hot and cold climates, as well as high elevations and lowland coastal waters. 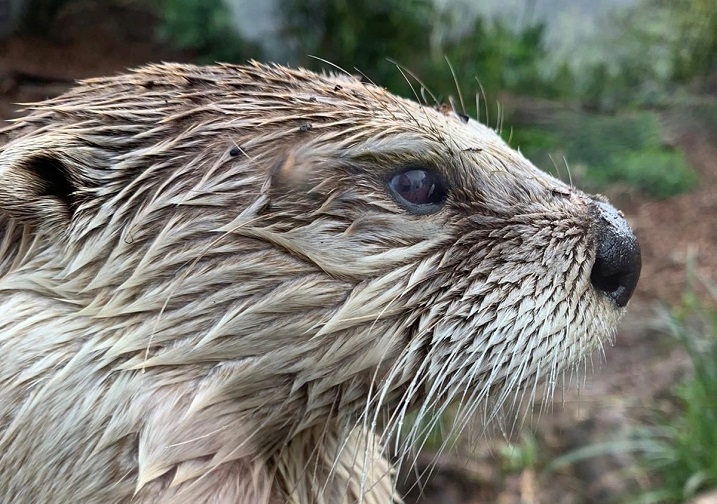 The threats they face now are mainly caused by people:

Adaptations of the species: 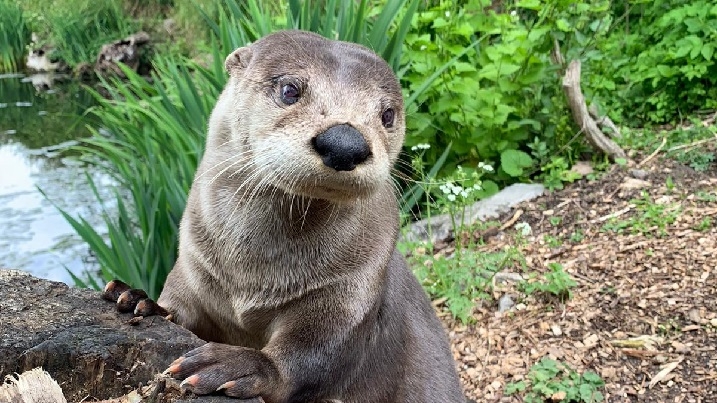 River otters exhibit a variety of vocalisations, ranging from whistles and buzzes to twitters, staccato chuckles, chirps and growls. When threatened or frightened, they emit a hair-raising scream that can be heard up to 1.5 miles across the water.

They leave scent marks on vegetation within their home range. Scent marking is done by either urinating/defecating (‘sprainting’) or by emitting a strong, musky odour from the paired scent glands near the base of the tail.

They eat mostly aquatic organisms, including fish, frogs, crayfish, turtles, insects and some small mammals. They hunt singly or in pairs and although otters generally forage in water, they are equally at home on land, sometimes travelling between 10 and 18 miles in search of food.

They are typically characterised as crepuscular (active at dawn and dusk) or nocturnal. Studies suggest that most of their feeding is done between dawn and mid-morning and at night. It is reported that they spend between 41 – 62% of their day foraging and feeding in the wild.

They get their boundless energy from their very high metabolism, which also requires that they eat a great deal during the day. At WWT Slimbridge, Haha has a diet of different types of fresh and salt water fish and other meat. She also receives crustaceans such as razor clams, crabs and mussels for variety and enrichment.

Keep an eye on our social media @wwtslimbridge for updates on Haha and for all our other wetland wildlife.

For World Otter Day educational resources such as otter colouring sheets, take a look at the International Union for Conservation of Nature Otter Specialist Group. 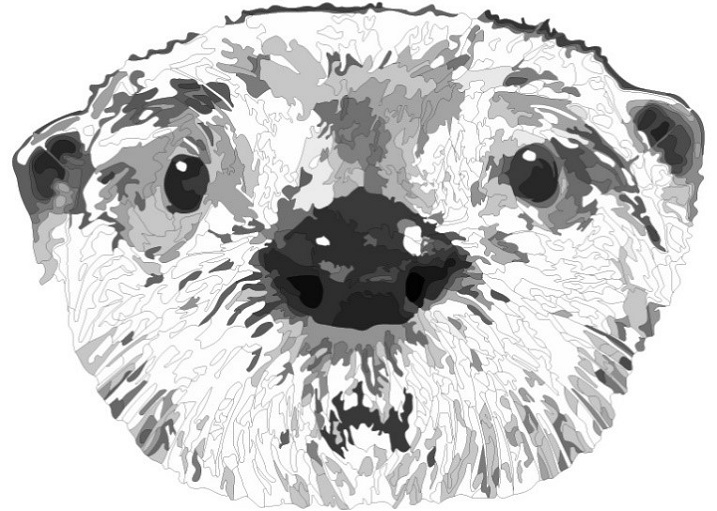 Photographs within blog by Nicola Cooke