We're delighted to announce that nēnē goslings hatched this April in Mission Possible. This is the first time we have successfully bred this species in their new immersive exhibit, Mission Possible, which opened in May 2021.

It has been a wonderful experience monitoring the breeding nēnēs in our new exhibit, because I know how loved they are by our staff and visitors. I’m so pleased that this nēnē family will help inspire future generations about the importance of conservation.

In 1979 Sir Peter Scott released 200 nēnēs on the island of Maui, their native home. With all the best habitat having disappeared for development, nēnēs survived by adapting to other environments, such as fertile volcanic slopes. Today they live in Hawaii’s national parks, but also on airport runways and golf courses, where they feed on the rich grasses.

Mission Possible recreates this Hawaiian landscape and even includes a golf course and golf club house that visitors can explore. Visitors can discover how Sir Peter Scott developed ground-breaking techniques to breed them and rescue them from the brink of extinction. 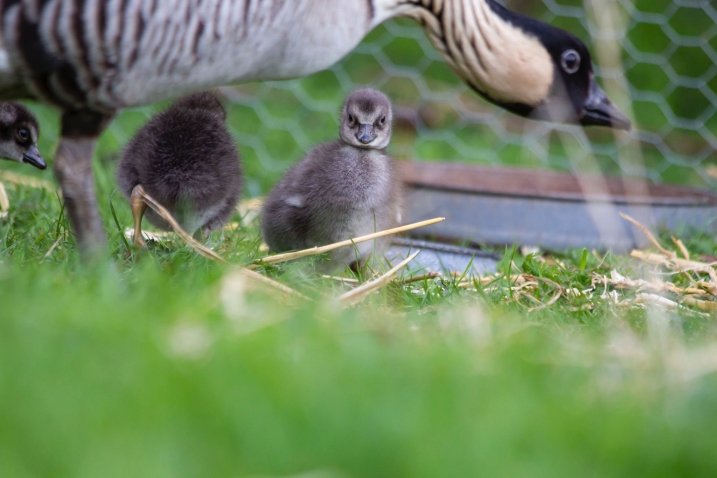 During the 1950s the Hawaiian goose – fondly known in Hawaii as ‘nēnē’ for their ‘nay-nay’ murmur, was close to extinction due to the introduction of predators and the loss of habitat in Hawaii.

There were only 30 nēnēs left, so Sir Peter Scott and colleagues had 3 birds sent to Slimbridge for breeding where he and his aviculture team pioneered the first ever captive breeding project for nēnēs. WWT began to successfully breed the nēnēs in captivity and release them back into the wild, the world population is now 3,000. The nēnēs population remains vulnerable and still relies on regular releases of captive-bred birds.

WWT’s Living Collection team have a history of breeding rare and threatened species. In doing so they’ve produced and contributed to best practice guidelines, which assists conservationists to save species.

Visitors to Slimbridge can see the new nēnē family at the Mission Possible exhibit. Exhibit Engagers are on hand at to answer any questions visitors may have and help bring this exhibit and WWT’s conservation stories to life.

Tune in to BBC Radio Gloucestershire to hear more on the nēnēs in an interview with Phoebe Vaughan here. 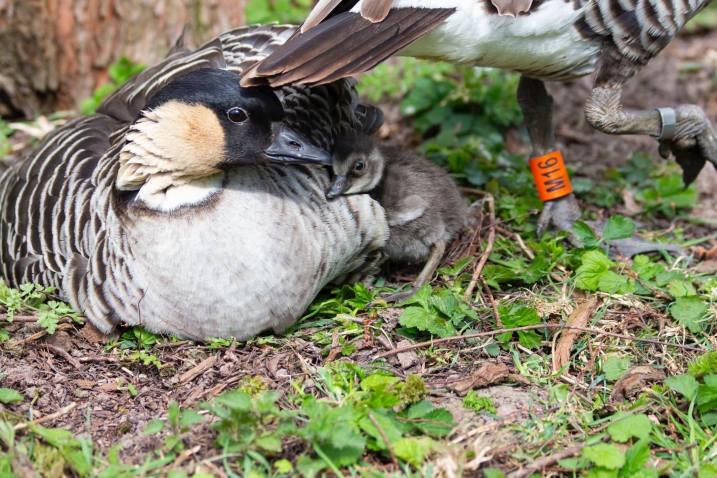 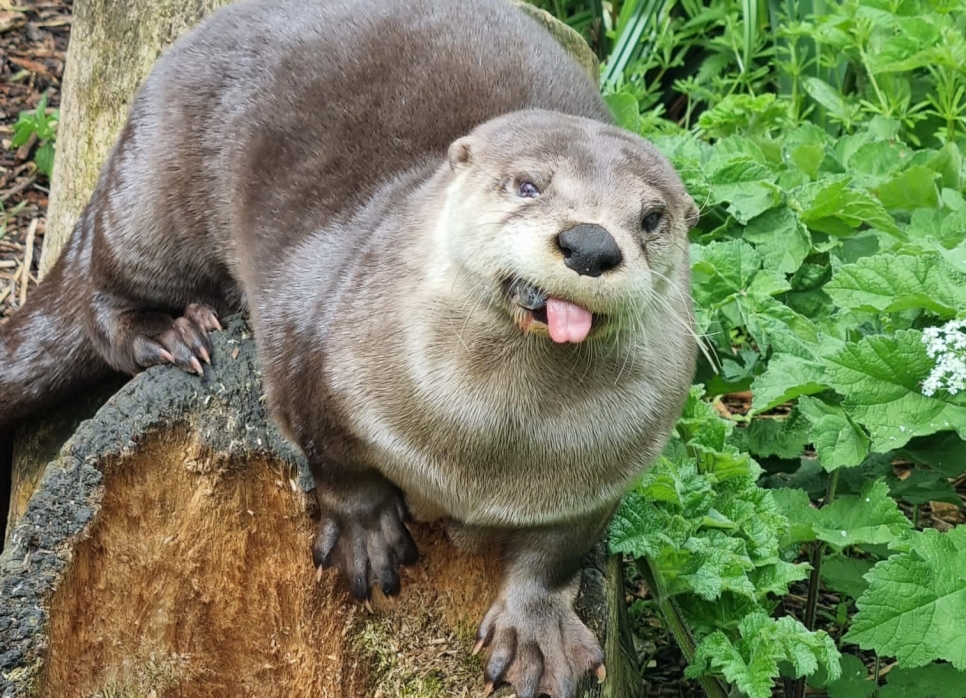 A day in the life of an otter 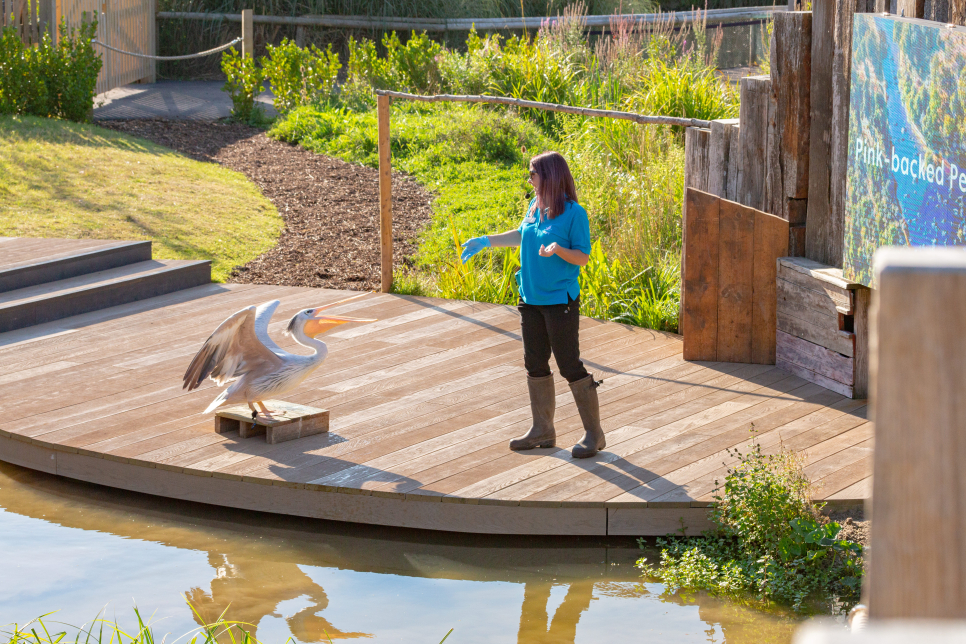 Slimbridge springs to life this May Half Term 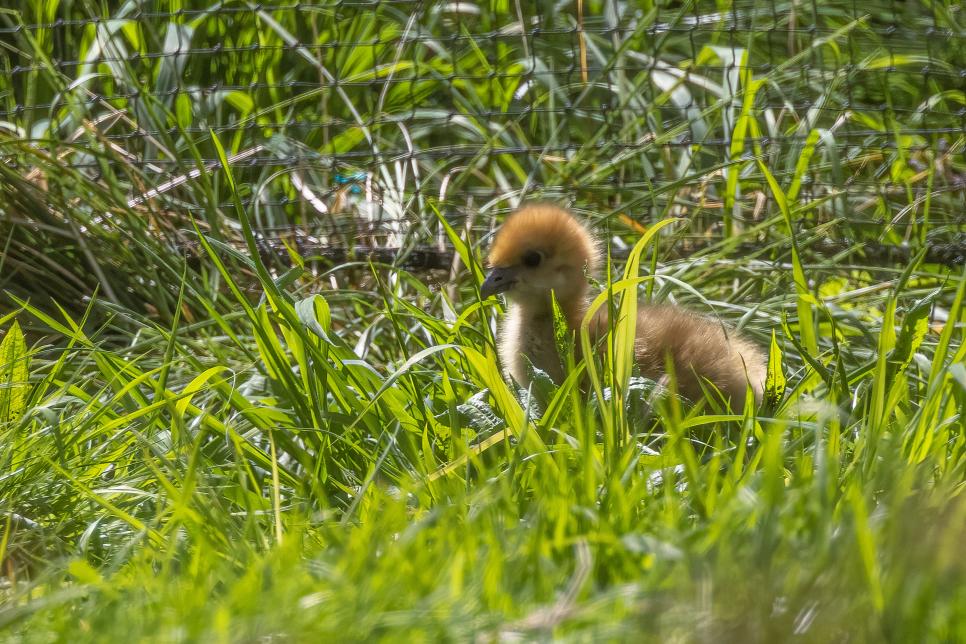