Summer work on the reserve

Catch up with what the Reserve Team have been up to across Slimbridge in this latest blog - content supplied by Reserve Placement Student, Bethany McGuire.

The Reserve Team have been busy trimming all the low hanging branches all over site, so hopefully visitors won’t be head-butting any low vegetation on their walk around! The team have also been cutting along the hedge up towards the South Lake pump.

Other work has included carrying out ragwort and hemlock pulling in the road field, trying to get the bulk of this done before they start to seed. They were pulling this up in the wildflower headlands because they can then be mown for hay. Ragwort and hemlock are poisonous to cattle so it is important they’re pulled up before it reaches them. Whilst it was a strenuous job in the heat the team were rewarded with lots of butterflies including meadow browns, gatekeepers, small coppers, speckled woods and a selection of white butterflies including large, small, green-veined & marbled. As well as bucket loads of grasshoppers, damselflies and dragonflies including brown hawkers, black-tailed skimmers and emperors - this proves how valuable wildflower headlands are for our wildlife. 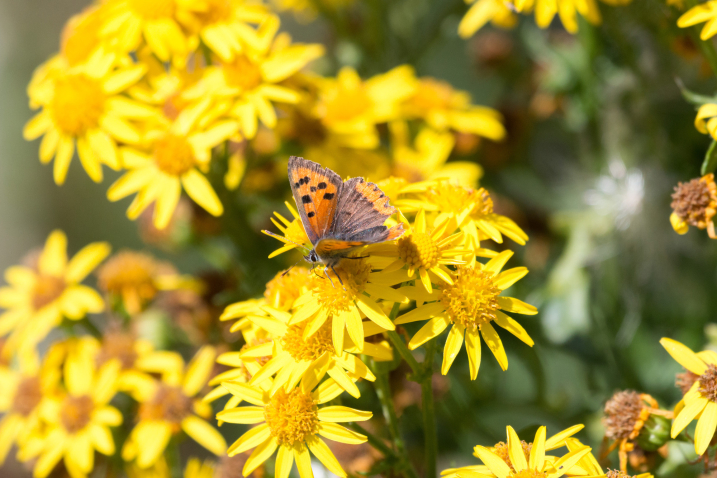 The team were also in the paleochannel pulling out typha - this starts to dominate after a while so by removing this it will open the channel up more as well as keep the vegetation lower. The perfect job for a warm day.

Wild Safari’s have also started and because it was so hot one day at the end of July, the team all got to ride on one. This gave them a chance to test out the new route, as well as being guides for a few of the visitors who were on board. 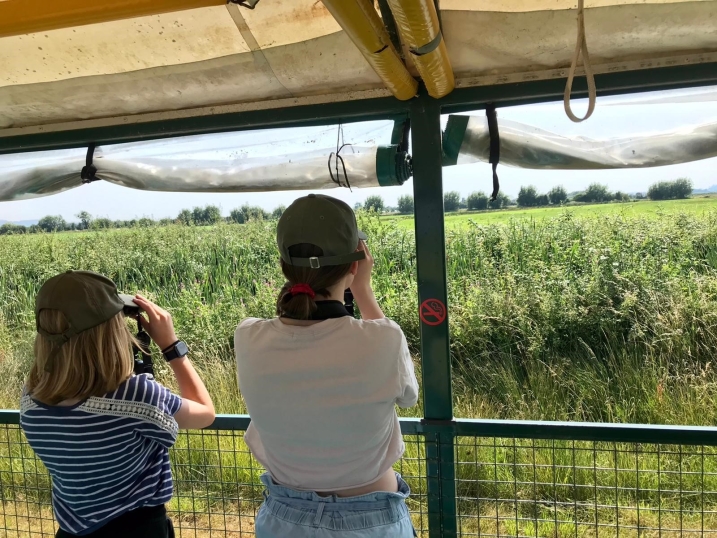 But after all that heat brought about some cooler weather and overdue rain - perfect weather for strimming. The reserve team have been strimming the edges along Blackrock Breakwater where Martin McGill had mown a patch out for roosting waders. Martin’s also been busy mowing across the site, including along the Decoy rhine track, as well as over the dock plants near the paleochannel. 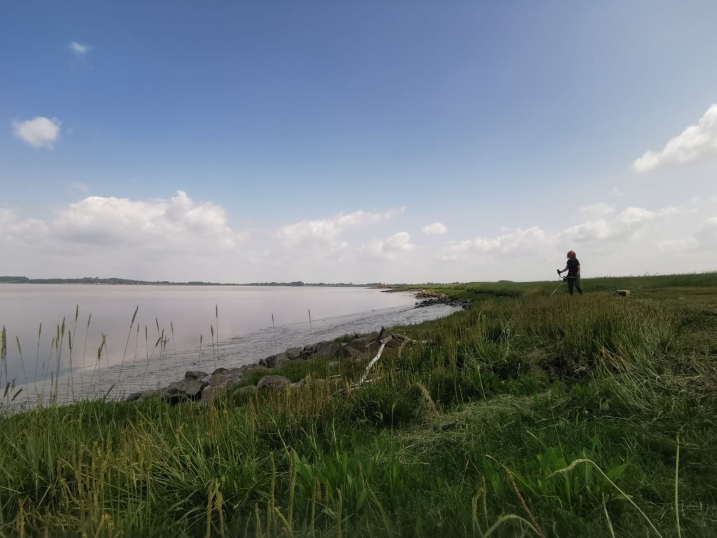 Since then the team have started working hard on the Rushy, starting with ragwort pulling as it is an invasive species. Once the ragwort was pulled, they could start strimming and mowing across its entirety. Some parts will be left for the bees and the butterflies, as plants like water mint and fleabane are great for our pollinators.

Some of the islands have been hand weeded with the aim of trying to turn them back into gravel islands and one of the islands which the team hand weeded had some grass-poly on it - it’s a rare plant so was left alone, we are lucky enough to have lots of it on the Rushy.

A couple years ago some islands were created on the Tack Piece pools but weren’t fully finished, so this year the team are working hard to complete them. Martin first dug out some of the silt so the islands could be reached with the tractor and excavator, putting down some old concrete panels which acted as something the team could drive over and not get stuck in while delivering the gravel. The gravel has been stripped off of the studio island and another island on the Rushy and is being repurposed on the Tack Piece. It’s taken 2 days but all the gravel has been removed and has been relocated, all it needs now is topping with some other stone, and voilà, islands have been created!

Catch up on the latest wildlife sightings from the reserve

WWT and Slimbridge celebrate 75th year and completion of 2020 project 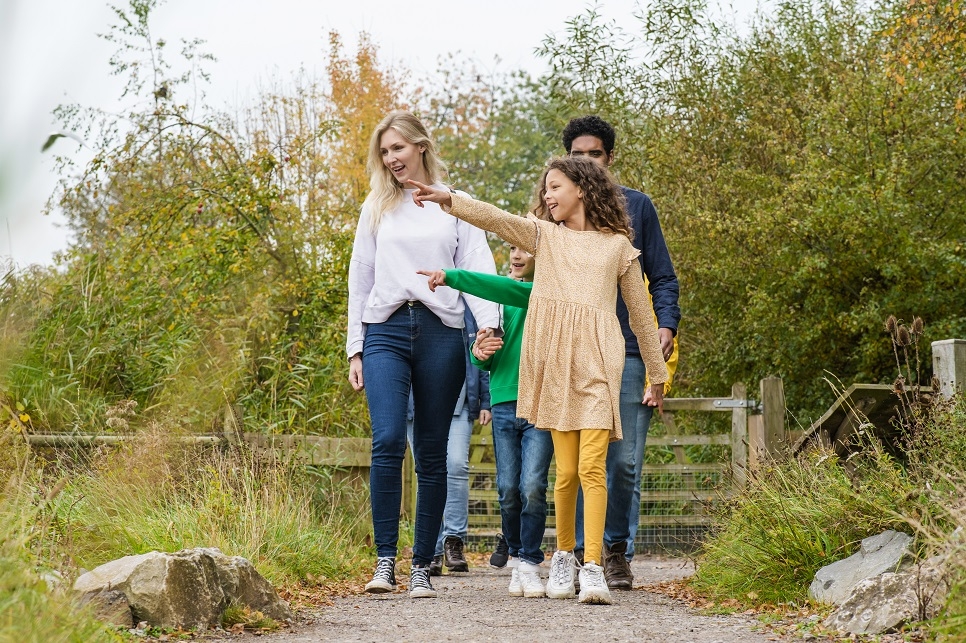 Slimbridge awarded 96% as a Quality Visitor Attraction by Visit England 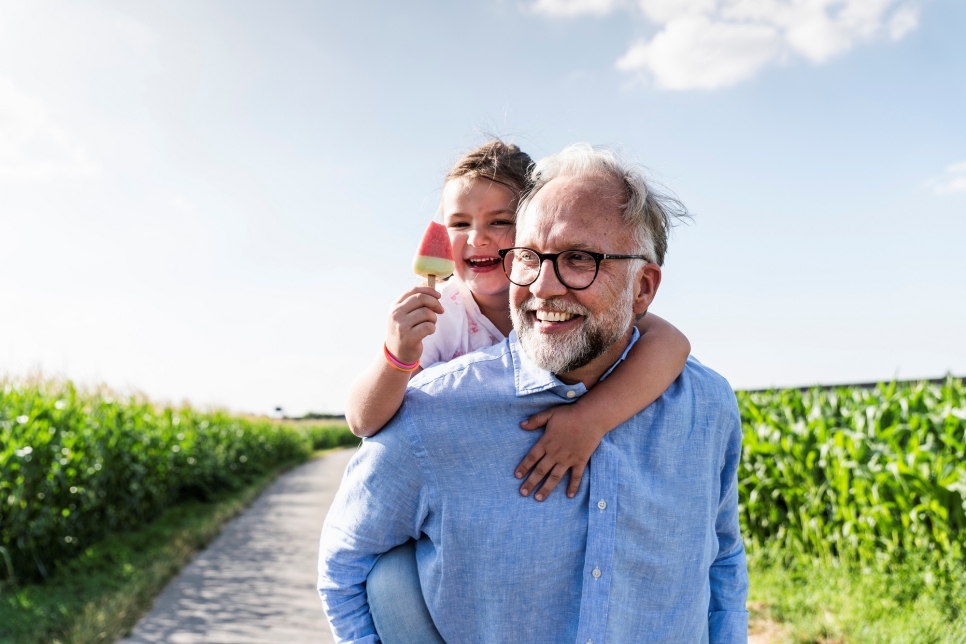